Ibrahim Index: A time for Afro-realism

Ibrahim Index: A time for Afro-realism 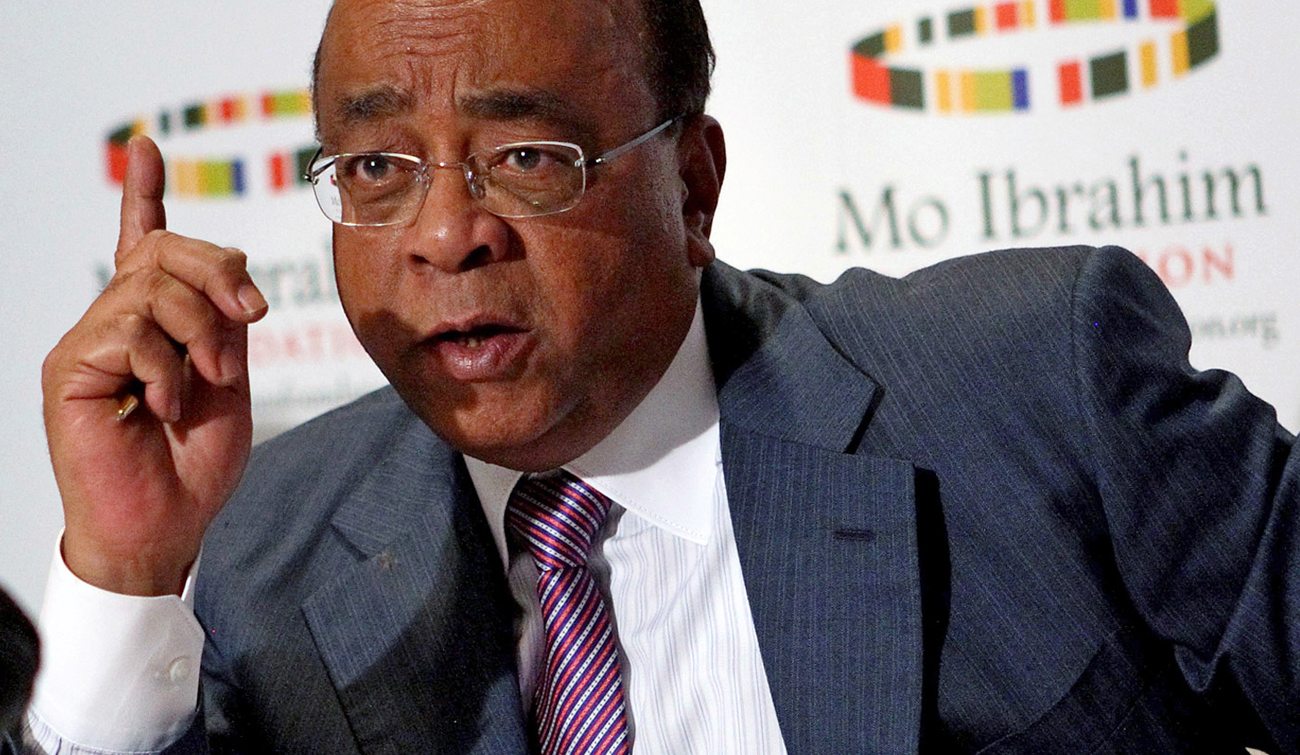 Forget the opinion pieces, the name-calling and the twitter-storms. When it comes to figuring out how well African countries are governed, it’s the numbers that really tell the story, and this year’s Ibrahim Index of African Governance has nearly 90,000 of them – plenty to be getting on with. It’s not all bad for South Africa, although it can be difficult to tell where consolidation ends and stagnation begins. By SIMON ALLISON.

“The Index is a mirror held in front of Africa,” said Mo Ibrahim on Monday, at the launch of the seventh iteration of his eponymous Ibrahim Index of African Governance. The Sudanese billionaire was in fine form as he ran through the details of the project that remains closest to his heart, hoping that the good news on the African governance front would drown out the negative headlines generated by his other, higher-profile endeavour: the Ibrahim Prize for Achievement in Africa Leadership which, once again (and as predicted by the Daily Maverick), could not find a former head of state worthy of the recognition and $5 million pay-out.

Of the nearly 90,000 numbers that comprise the Index – a genuinely impressive achievement on a continent where data remains scarce and unreliable, no matter how hard Pali Lehohla argues otherwise – one number stood out. Remarkably, given the generally negative stereotypes that surround the quality of African leadership, 94% of Africa’s 1 billion-plus population live in countries where governance has improved over the last 12 years. This is, as Ibrahim noted, a real achievement that’s worth celebrating.

Just don’t celebrate too hard. “This is not a time for African pessimism or optimism. These things are fashionable,” said Ibrahim. “This is the time to be realistic. We’re calling for Afro-realism. There are great achievements, but also challenges. We really need to focus on both of them.” It’s also worth noting that the headline 94% figure is a little disingenuous, representing absolute rather than statistically significant improvement (it doesn’t, in other words, take the relatively wide margins of error into account).

The biggest of these challenges, according to the Index, come in the areas of safety and rule of law. Speaking very generally, African governments are struggling to guarantee personal safety for their citizens, while respect for the rule of law has declined markedly. On the other hand, every one of the 52 countries surveyed has shown some improvement in the Human Development category, which encompasses health and education. (Sudan and South Sudan were excluded because there is no historical data for either country in their current forms).

These are very broad brush strokes, however, and the Index is better when focussed on a specific country. So, how does South African look, as viewed from the African governance mirror?

As usual, we come in as the fifth-best governed country in Africa, behind Mauritius, Cape Verde, Botswana and the Seychelles. This is a spot we’ve occupied for quite some time, although we’d better watch our backs: Namibia and Ghana are just a few points behind, and Ghana in particular is gaining quickly. South Africa not so much – over the last 12 years, we’ve improved our overall score by just 0.6 points, which isn’t statistically significant at all; we’re standing still.

Interestingly, the little growth that we have had has mainly been driven by the Human Development category, and in particular a big jump in the quality of our health provision that came between 2000 and 2005. Thabo Mbeki and the late Dr Beetroot must have got something right, after all.

This is offset, however, by a truly horrendous performance in the Personal Safety sub-category, which started off poorly and has just been getting worse over the last 12 years, losing more than eight points. In the sub-category, we are ranked 41 out of 52. To put this in perspective, South Africa is considered more dangerous for its citizens than Eritrea, the Republic of Congo or Guinea-Bissau (one of the world’s biggest drug-smuggling hubs); a finding that meshes with the latest SA police crime statistics, which showed a marked increase in violent crime.

Another large decline came from a less expected direction: in the sub-category of Participation, which measures things like elections and public participation, South Africa declined by a massive 8.9 points in just six years. This is thanks to several statistics agencies downgrading their perceptions of the freeness and fairness of South Africa’s elections over the last five or six year. Coming from Africa’s strongest democracy, this trend is serious cause for concern, and probably reflects worries about the strength of our local election processes.

Mo Ibrahim is fond of saying that countries don’t change overnight, and that numbers can take even longer to catch up. But after four years in power, these are indisputably Jacob Zuma’s numbers, and what they reveal is that he hasn’t done all that much with his tenure, for better or for worse. You could say he’s consolidating the gains that were made before, but a better word is stagnating – when so many other countries are improving, standing still feels uncomfortably like going backwards. DM

Disclosure: Simon Allison worked for the Mo Ibrahim Foundation from 2009-2011