DRC: As M23 fight on, concerns rise over civilians’ safety 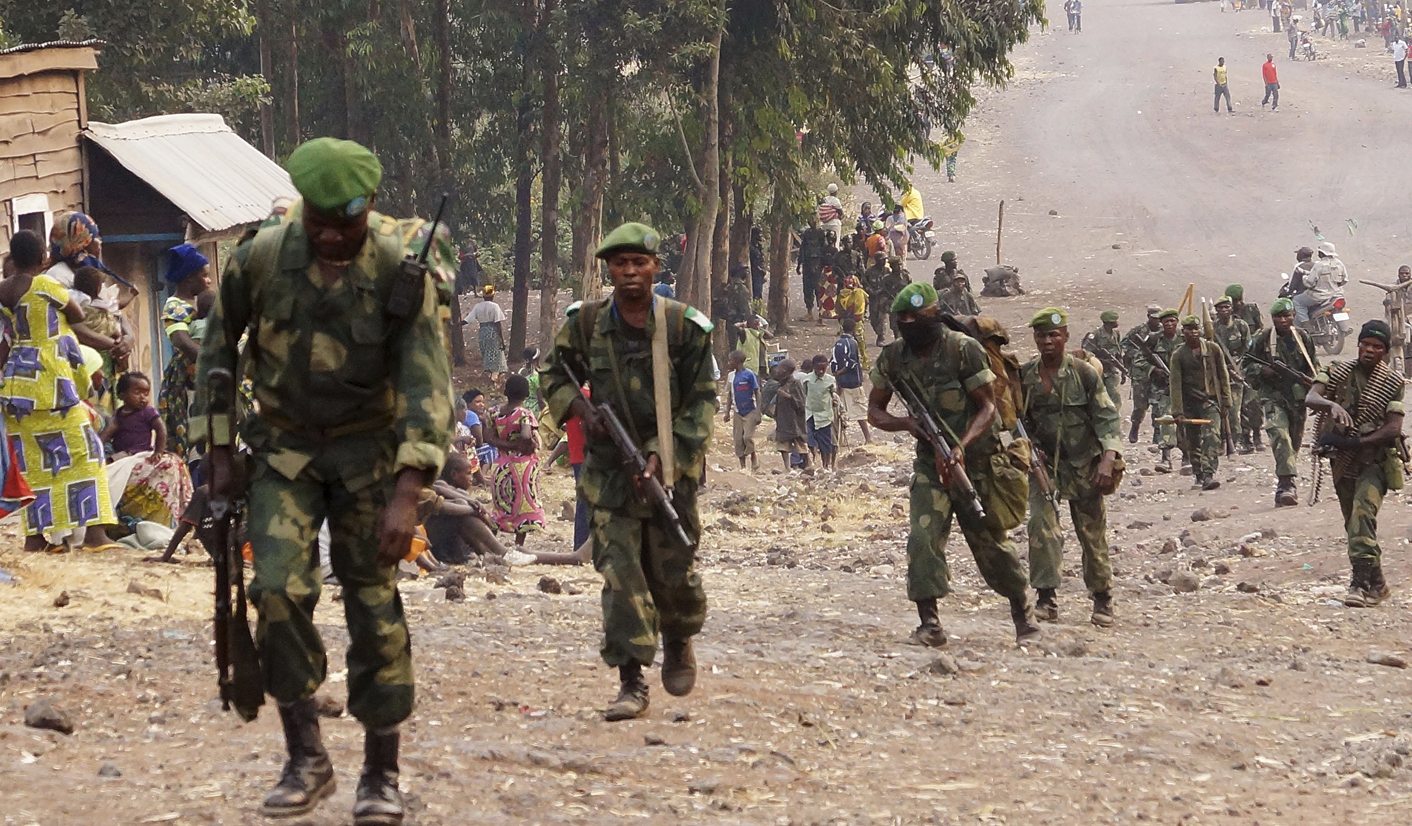 Fighting between the M23 rebels and the Congolese army has escalated in the last two days, leaving scores dead and the beleaguered efforts of diplomatic efforts in tatters. While the UN’s much touted intervention brigade has not yet seen any of the action, the effect of these clashes on the civilian population may be overlooked. By KHADIJA PATEL.

The M23 rebel group has reacted angrily to reports from the Congolese army that the rebel group sustained 120 casualties in clashes over the last two days. “In this time there is camera phone, photos, when they were counting those bodies why did they not take pictures of those bodies?” Ken Mtware, an M23 spokesperson, said in a telephone interview from the eastern Democratic Republic of Congo.

Clashes between the M23 and the army broke out on Sunday outside Goma, the capital of North Kivu province in the volatile eastern region of the country.

These casualty figures have not, however, been independently verified. The Congolese army has been keeping journalists away from the frontline and the M23 is yet to issue a toll of its own.

According to Mtware, the M23 has placed itself in a position that would draw the Congolese army to it, resisting the urge to engage in clashes on the road to prevent further M23 casualties.

While there may be some contestation over the exact number of casualties sustained by the Congolese army and the M23, and exactly who started this round of fighting (each side blames the other but the UN says it was the M23), it is, as always, the effect of these clashes on civilians that remain a concern.

Last month, the International Committee of the Red Cross (ICRC) warned that the situation in the eastern DRC was deteriorating rapidly. “Over the past few weeks a very insecure atmosphere has descended upon the east of the country,” the ICRC said in its monthly digest. “At the same time, new political and military initiatives are taking form. The fate of thousands in conflict-stricken provinces hangs in the balance.”

The upsurge in violence in the last week appears to confirm this warning from the Red Cross.

An aid agency worker stationed in Goma, who preferred to remain anonymous, said the current location of the clashes is only a little better for civilians. “Right now there hasn’t been a huge inflow of displaced civilians. This merely has to do with the fact that the fighting going on right now is being placed in an area that was already vacated because of previous combat in November,” he said.

“[The effect on civilians is] limited but it doesn’t prevent a massive inflow of displaced people depending on how the conflict evolves and where the front line moves to.”

Moustapha Soumaré, the UN’s humanitarian coordinator in the DRC, has warned that a return to fighting so close to Goma places thousands of civilians at risk.

However, these clashes with the army are not the only scene of violence threatening the civilian population.

Last Thursday, a Ugandan rebel group known as the Allied Democratic Forces – National Army for the Liberation of Uganda (ADF-Nalu), who is said to be operating around the Rwenzori Mountains of the North Kivu province, briefly occupied the town of Kamango. Over the next five days more than 60,000 people were forced to flee to neigbouring Uganda.

“This is an extraordinarily swift and concerning influx of refugees into an area with very limited preparedness to extend humanitarian assistance to such a large number of people,” said Mohammed Adar, the United Nations Refugee Agency representative in Uganda.

UNHCR pointed out, even before the arrival of the newest refugees, Uganda was already home to more than 210,000 registered refugees and asylum-seekers, of which 63% hailed from the DRC.

And as the United Nations and aid agencies rush to cater for the newly arrived refugees in Uganda, the clashes between the M23 and the Congolese army do not bode well for the safety and security of the civilian population.

M23’s Mtware said the rebel group had held back from returning fire on Tuesday, opting to tire out the Congolese army.

The army however have a different version of Tuesday’s events.  “The situation is now calm,” army spokesman Colonel Olivier Hamuli told Reuters in Mutaho.

The UN has warned that its intervention brigade has been placed on high alert and is ready to intervene in case of an attack.

Speaking in New York, UN spokesman Martin Nesirky said Monusco, the United Nations peacekeeping force “has put its troops on high alert and stands ready to take any necessary measures, including the use of lethal force, to protect civilians”.

According to Reuters, the 3,000-strong intervention brigade, consisting of South African, Tanzanian and Malawian troops, has begun patrols but is yet to engage in combat.

“The mission says any attempt by the M23 to advance toward Goma will be considered a direct threat to civilians,” said Nesirky. According to him, the M23 have reinforced their positions around the city with heavy artillery and armoured cars.

The threat then of an escalated conflict is real. And with South African troops likely to be drawn into battle in the next few weeks, the conflict in the eastern DRC will be felt here too. DM

Photo: Congolese government army FARDC soldiers walk towards the frontline where they are fighting against M23 rebels outside the eastern Congolese city of Goma, July 14, 2013. REUTERS/Kenny Katombe