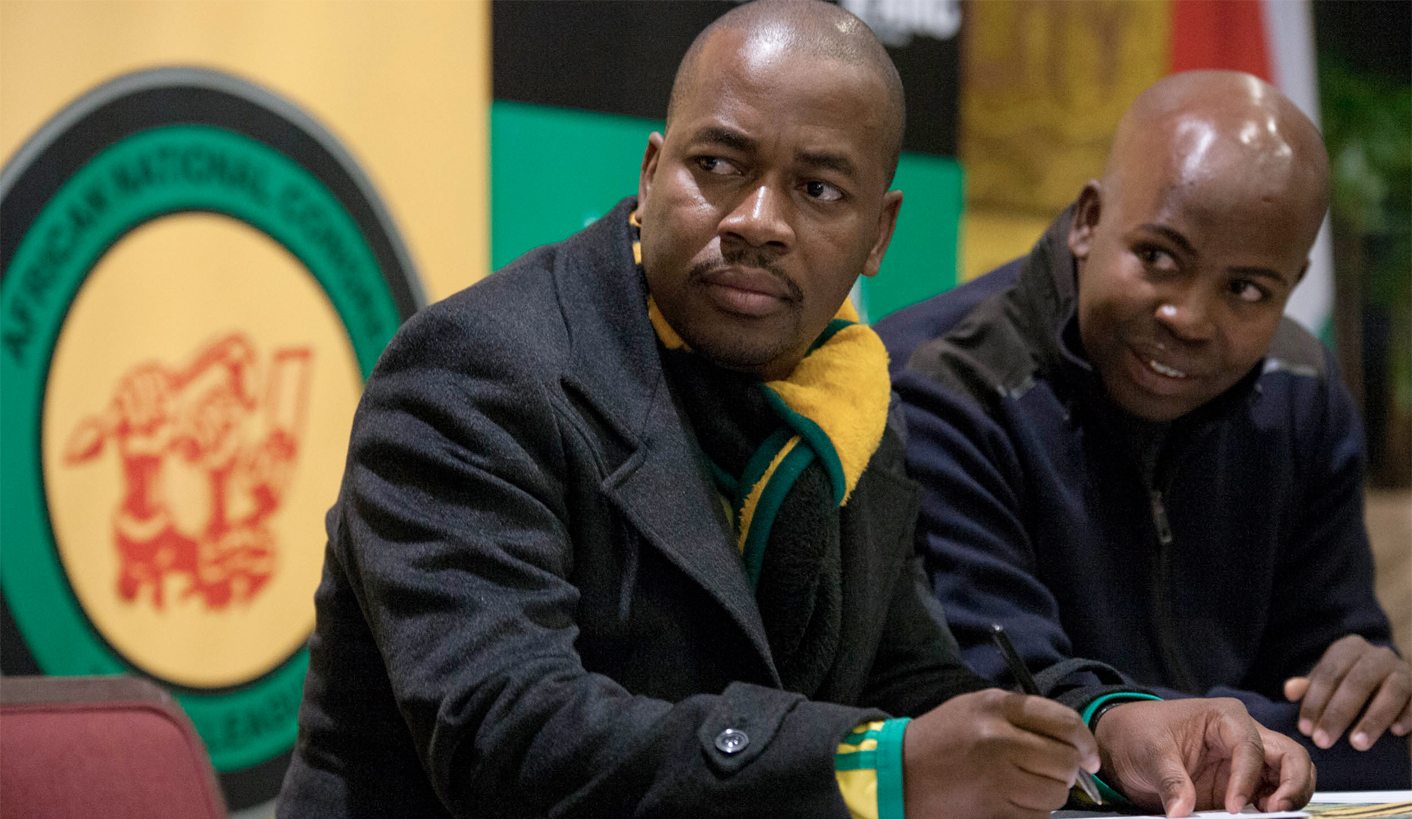 Seven of the ANC Youth League’s provincial structures and over half of its regions are without elected leaders after the League’s national task team met this weekend. The organisation is “a shadow of its former self” and its national executive committee was disbanded earlier this year. The slogans will stay the same while everything else is set to change. By GREG NICOLSON.

The old Youth League got one thing right: “Economic Freedom in our Lifetime.” Briefing media in the foyer of Luthuli House on Monday, the league’s national task team continued the theme that made Julius Malema so popular and convinced the ANC it needs to move from the first to the “second phase of the transition” (from political to economic equality). The task team wants to continue the focus on economic rights and threw in some pro-Palestinian, anti-US and white monopoly capital rhetoric to boot.

That’s about all the ANCYL got right. According to the task team, youth development is in a “state of disarray” and there is no point in trying to sugar-coat the state of the organisation. After meeting this weekend to consider its assessment on the organisation, the task team found “that the ANCYL is at its weakest state since its unbanning.”

“This tells an important but disturbing story, about the manner in which the organisation has been handled over the past period, more pronounced since 2008. A culture of gate-keeping, divisions, patronage, membership manipulation and institutionalised factionalism has deeply entrenched itself. More often than not, it has become a norm rather than an exception for members to circumvent and undermine organisational procedures and constitutional injunctions with impunity.”

Reading the statement, task team chair Mzwandile Masina called the ANCYL a “shadow of its former self” and added that confronting the challenges was the only way they could succeed. The problems were at their worst ahead of the ANC’s Mangaung conference, said Masina. “Ill-discipline, anarchy, factionalism, circumventing of organisational processes was the order of the day as long as there were service to a particular faction at the helm of the ANCYL. Any dissenting voice was viciously dealt with, structures were dissolved and membership was denied or suspension effected. Many an outcome of organisation processes was determined by whether one supported the dominant factional line or not.”

The task team decided that four PECs and a number of RECs would be disbanded. The Limpopo PEC will be dissolved along with the Mopani, Peter Mokaba and Waterberg regions. Free State’s PEC is also on the chopping block, along with Motheo, Xhariep, Fezile Dabi and Thabo Mofutsanyane regions. The North West PEC and its Bojanala, Kenneth Kaunda, Ngaka Modiri Molema and Dr Ruth Mompati regions will be disbanded, as will Northern Cape and its Frances Baard, John Taolo Gaetsewe and Siyanda regions. Task teams dealing with the already disbanded Youth League structures in KwaZulu-Natal, Mpumalanga and Western Cape are to be reconstituted.

Eastern Cape and Gauteng structures are still being considered, but leadership in Johannesburg, Ekurhuleni, Sedibeng and West Rand regions will be disbanded. “We call on our membership to take note of these decisions and rally behind the task teams that will be appointed to lead the process of rebuilding and be part of the ANC Elections Campaign moving forward,” read the task team’s statement.

Seven provincial structures are now without elected leaders after the league’s national executive committee (NEC) was disbanded earlier this year. Masina said there is no timeline to hold elective conferences. While the ANC has told the league to focus on the 2014 election campaign rather than holding its own provincial conferences, several regions are gearing for conferences and the task team will ask the ANC for an exemption to hold elections in the Mpumalanga and KZN structures.

On more current issues, the task team condemned the use of human waste in protesting against portable toilets in Western Cape but said they were committed to exposing inequalities in the province. Regarding the leagues, beleaguered finances, Masina said the ANC is handling the issue while the task team focuses on rebuilding the organisation. Legitimate creditors will be paid. “If it means we will have to pay you R50 for the next 50 years so be it,” said Masina.

In an April press conference, national task team coordinator Magasela Mzobe denied the ANCYL is divided by who supported Malema and who did not. “There’s no one who has said they belong to a Malema faction or a Malema Youth League, and reject this one. As far as we’re aware, we’re accepted by our members,” said Mzobe. “All members responsible for the provinces’ leadership in the branches are pro-Youth League rather than pro-Malema. All provinces have committed to work with us.”

The Youth League’s Northern Cape Chair Shadrac Tlhaole told Daily Maverick on Monday, “We don’t support [the decision to disband the PEC] but we accept it.” He declined to comment on whether the task team had acted objectively and said Free State members want to get on with the work of the ANCYL. Clarence Maseko, acting secretary of the Mpumalanga Youth League, said he accepts the decision of the task team. Personally, however, Maseko said on Monday he believes the task team was aiming to rid the organisation of its current leadership and in particular those tied to its former president, Malema. Leaders of the dissolved structures are likely to run for reelection, said Maseko, as members haven’t voted them out.

The comments reflect one of the key challenges for the ANCYL national task team. It needs to institute a structure that will ensure leaders govern within the limits of the organisation’s constitution. Yet, it also needs democratically elected committees who can convince members and the public they legitimately want to fight for economic freedom rather than simply kowtow to President Jacob Zuma. According to the task team, the league is in disarray. It will take a long time to gain either legitimacy or functionality. DM