ANCYL task team to cut off the fat – plenty of it 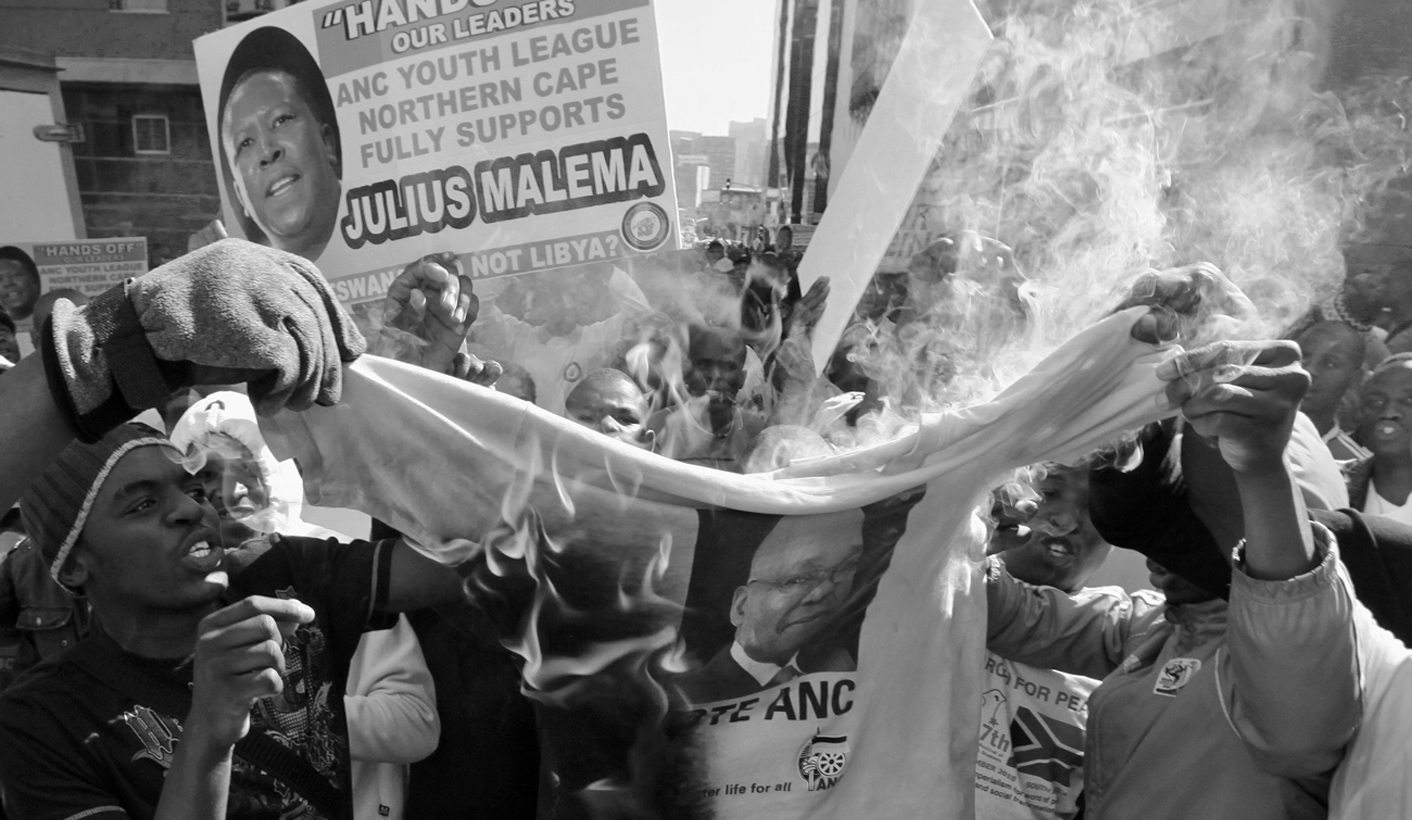 It’s a tough time to be a leader of the African National Congress Youth League (ANCYL). The national task team appointed to rebuild the league after Julius Malema and Co’s meteoric fall met this weekend and looks set to disband a number of provincial leaderships. Things always get worse before they get better, and right now the ANCYL is leaderless, broke, and hardly functioning. By GREG NICOLSON.

Late into the evening at the ANC’s Mangaung conference, a call came from the floor that would bury the Youth League as we knew it. Its president, Julius Malema, had already been expelled while secretary general Sindiso Magaqa and spokesman Floyd Shivambu were suspended. Interim leader Ronald Lamola failed to bring the expected armory of opposition to Mangaung to defend his former president. The league was barely noticeable, cowed into silence by President Jacob Zuma’s stronghold on the conference.

Then, the ANC in Mpumalanga brought a motion from the floor. It wanted to drive a nail into the coffin of the Youth League and disband its national executive committee (NEC).

The decision was deferred to the party’s NEC, which decided to dissolve the Youth League’s leadership earlier this year. Today, more structures are likely to fall. The SABC reported on Sunday that up to seven of the Youth League’s provincial executive committees (PECs) will be disbanded.

The ANCYL is currently being run by a national task team (NTT), chosen from outside the national leadership, that will prepare an elective conference and rebuild branch, regional and provincial structures. The task team will hold a press briefing today after meeting this weekend.

During May, ANC secretary general Gwede Mantashe said he was happy with the progress of the 22-member team led by Mzwandile Masina. It had visited six provinces and 35 regions to assess the problems in the organisation.

ANCYL PECs in Limpopo, North West, Mpumalanga, Northern Cape, Eastern Cape, Free State and perhaps Western Cape may be dissolved. “The purge is happening. Our dissolution is inevitable. The ANC in the province took a decision not to recognise us because they are not prepared to work with Malema’s cohorts. We will be disbanded because of our posture when we spoke about the issues of leadership change and our support for Malema,” a senior Mpumalanga Youth Leaguer told Mail & Guardian.

Various Youth League members have voiced concern the NTT could be used to silence anyone who supported Malema and was opposed to Zuma. Disgruntled officials claimed the task team is packed with the president’s loyalists rather than “comrades with necessary leadership skills, understanding of the ANC and ANCYL, as well as reputable character,” as claimed by Mantashe.

ANC spokesman Jackson Mthembu was adamant no purge is taking place. In a press release on Saturday he denied the allegations and claimed the ANC had taken a strong stance on factionalism. “In the last national executive committee meeting held a few weeks ago, the NEC took an extremely dim view and spoke strongly against factional tendencies in all their manifestations, particularly in the run-up to the 53rd national conference, viewing these as un-ANC and anti-ANC,” said Mthembu.

Whether Zuma’s opponents are being targeted or not, the dissolution of Youth League structures points to an organisation in crisis. If there is a move to punish those who supported the “Anyone But Zuma” campaign in the lead-up to the Mangaung conference, the party’s rhetoric on unity is as hollow as most people believe it to be. The youth’s role in electing its own leaders will be undermined and the party’s democratic principles sacrificed. Purges rarely give birth to democratic unity and the resulting mess will likely beget further factionalism.

If the dissolutions are legitimate, the situation isn’t much better. In March, President Zuma said the ANCYL was dissolved “precisely because of its continued ill-disciplined behaviour which has brought the organisation into disrepute on numerous occasions.” The Limpopo ANC PEC was disbanded because of “institutionalised factionalism, which is un-ANC”. Party treasurer-general Zweli Mkhize confronted the issue in a speech in May. “The problems of greed as a cause of infighting and abuse of power, fraud and buying membership will be confronted with firmness,” said the newly elected top-six member. “You may have already seen that action has been taken to disband dysfunctional and ill- disciplined structures and incompetent elected representatives.”

Strong words. To be disbanded you have to be dysfunctional, ill-disciplined, incompetent and display institutionalised factionalism. If the task team found such characteristics at PEC and regional level, in seven provinces no less, the Young Lions are clearly so inept or out of tune with the party’s constitution that they should, of course, be disbanded. But who let the situation get so out of hand and how much of the ANC is pervaded by such behaviour? It paints a worrying picture of the state of the party.

The ANCYL is not just leaderless but also broke. The organisation was in court last week after failing to pay an events management company R15 million for hosting its 2008 congress that elected Malema as president. In an affidavit, Mantashe described the league as “shambolic and chaotic” and said its activities are now limited to auditing membership and “restructuring the chaos”. Those costs are paid for by the ANC.

When the Youth League task team faces the media today it will need a plan. Malema’s Young Lions are either being recalled or tamed and his legacy is being dissolved. The ANCYL no longer roars and can only count its members with the generosity of the mother body. The task team faces the daunting challenge of restoring its strength while cutting off the rot that turned the ANCYL into a dysfunctional body, and turned it against Zuma. DM