SA and CAR: A knotted affair 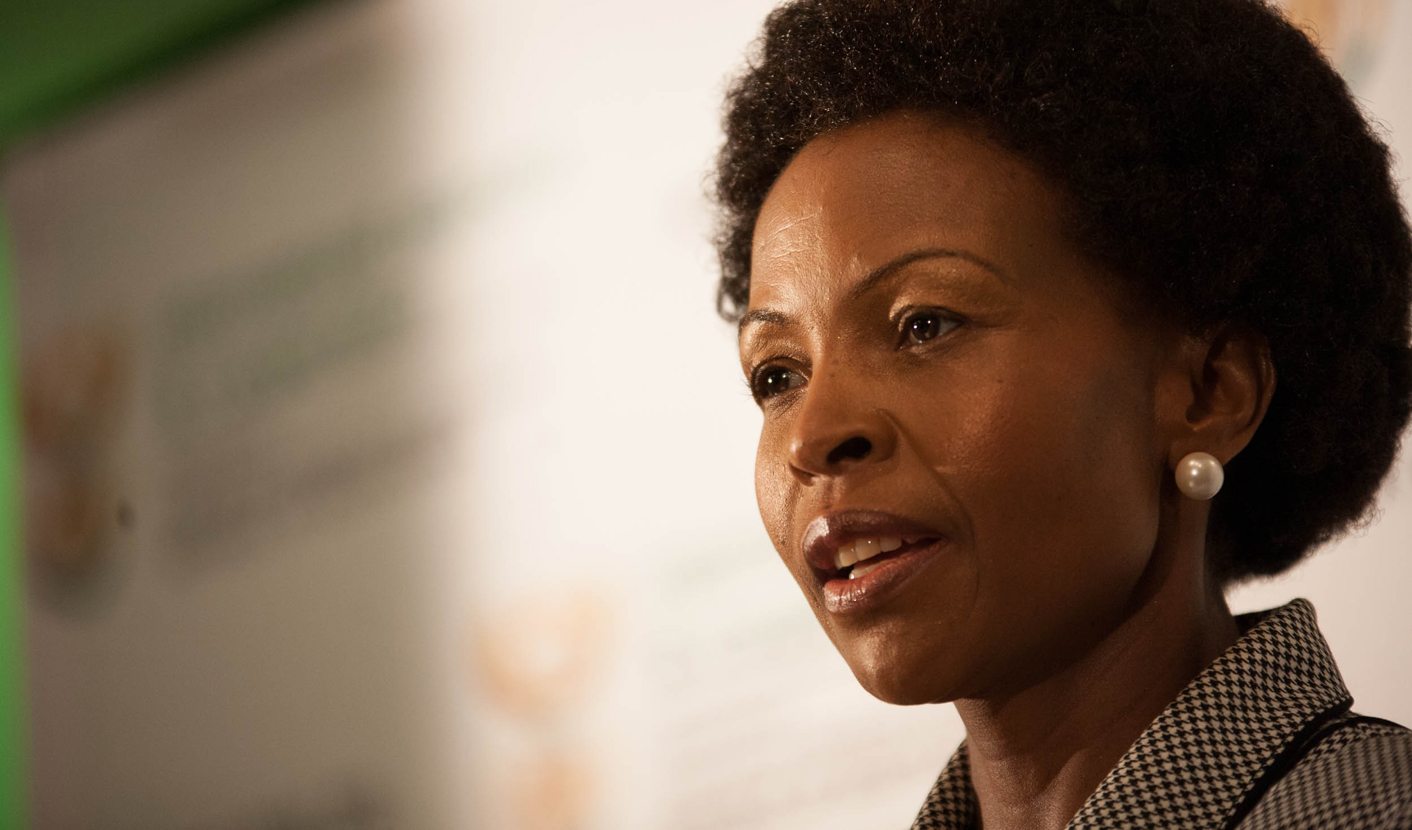 South Africa may have withdrawn its troops from the Central African Republic following the fall of the government of Francois Bozize, but the influence of South Africa in the political future of the continent has not been curtailed. If anything, the recent military misadventure in Bengui has seen President Zuma’s government re-asserting its importance to the smooth running, or not, of the rest of Africa. By KHADIJA PATEL.

“Why don’t we give this mission a chance?”

Minister of International Relations and Co-Operation Maite Nkoana-Mashabane was adamant that diplomatic efforts to persuade the new, self-declared leadership of the Central African Republic (CAR) could still succeed. Nkoana-Mashabane was speaking at the OR Tambo building in Pretoria just a few hours after her return from the Chadian capital Ndjamena, where she attended the Extraordinary Summit of Heads of State and Government of the 10-nation Economic Community of Central African States (ECCAS) along with President Jacob Zuma on Wednesday.

She revealed that the ECCAS summit, in which France and the United States were also represented, had decided that the envoys from the countries represented would travel to Bangui to inform rebel leader and self-styled president Michel Djotodia of the decisions reached by the regional body.

ECCAS has called for the creation of a transitional body elected by all of the country’s political actors and rebel groups to be charged with drawing up a new constitution and preparing the way for elections in 18 months. And more crucially, the regional body, together with the African Union, resolved to withhold recognition of Djotodia as the legitimate leader of CAR.

“Why are we already talking that they will not co-operate?” Nkoana-Mashabane asked, in response to an enquiry about what action would be taken against the Central African Republic if Djotodia did not take heed of the directives of the ECCAS summit.

“What alternative will they have?” she asked pointedly.

Nkoana-Mashabane stressed that a failure of CAR’s new leadership to co-operate with ECCAS and the African Union could result in an isolation of the impoverished country through economic sanctions.

“I don’t know of any leadership in any part of the world that says, ‘I want to isolate myself and what shall you do?’” she said.

According to the minister, the decisions by the AU, ECCAS and South Africa to reject the self-appointed government in CAR “will go a long way in strengthening the authority of the AU, its statutes and policies, which are adopted collectively at Summits and other organs of our continental organisation.”

She was confident in the ECCAS plan.

“Why don’t we, as peace-loving South Africans, say we are supporting the people of ECCAS, and why don’t we give peace a chance?” she asked.

Her inclination towards a favourable outcome in Bengui was vindicated later on Thursday when CAR’s recently appointed information minister Christophe Gazam Betty announced that Djotodia had acceded to the directives of the ECCAS summit.

“(Djotodia) accepted all of the recommendations made in N’Djamena… He accepted all the schemes outlined by the heads of state,” Gazam Betty is said to have told reporters, following a meeting between Djotodia and regional foreign ministers.

Djotodia has been scrambling to earn international approbation through the creation of a transitional government headed by a civilian prime minister, Nicolas Tiangaye. He had also promised elections in three years.

ECCAS has called for the creation of a transitional body elected by all of the country’s political actors and rebel groups to be charged with drawing up a new constitution and preparing the way for elections.

Under the plan, the council’s head will serve CAR’s president during the transition, which Gazam Betty said could allow Djotodia to keep his current position, only this time with international approval.

“Everyone will be a candidate. If Djotodia, after all he’s done to date, wants to be a candidate, I see no reason why he wouldn’t be president,” he said.

Djotodia’s rebel coalition, Seleka, has previously called for South African troops to leave Central African Republic. But on Thursday, Gazam Betty told Reuters that the agreement between Pretoria and Bozize’s administration would remain in effect, despite the president’s overthrow.

“South Africa wishes to review with the new Central African authorities how this cooperation will evolve. Of course it will continue. No one has said any different,” Gazam Betty said.

“There is a lot of work to do, and South Africa has a place in all that,” he said.

Nkoana-Mashabane nonetheless was quite emphatic in her rejection of the possibility of a return of South African troops to CAR under its current administration.

She said, “There’s no negotiation with rebels about whether South African troops can remain in a country that is run unconstitutionally.”

But when the Daily Maverick asked the minister why government still stood by its decision to keep South African troops in CAR in the face of repeated calls from rebels for the troops to be withdrawn, she said South Africa was particularly concerned with the phenomenon of rebel movements threatening governments on the continent, and would not legitimise these rebel movements by acceding to their demands – even if it could have saved 13 lives and preserved peace and stability in CAR.

“President Zuma has said, along with other leaders, that where you have mutineers referred to as ‘rebels’, who then go and negotiate power with a legitimately elected government, that should be stopped,” Nkoana-Mashabane said. “This is just another way of bringing about unconstitutional governments on our continent, which should never be tolerated.”

When Bozize was quizzed about the role of South African troops in CAR during his final interview as president with the French-language Jeune Afrique magazine shortly before he was ousted, he said, “[Zuma] immediately understood that what happened in Libya and Mali could be reproduced in CAR,” Bozize said.

Here, too, Bozize is referring to the concerns Zuma has of the formation of rebel movements that threaten the sitting government, cause chaos and ultimately require a French intervention.

“South Africa will never shy away from defending democracy here, at home and on our continent,” Nkoana-Mashabane argued. And certainly in CAR, that commitment is set to be tested further. DM