The CAR debacle ends in SA – for now 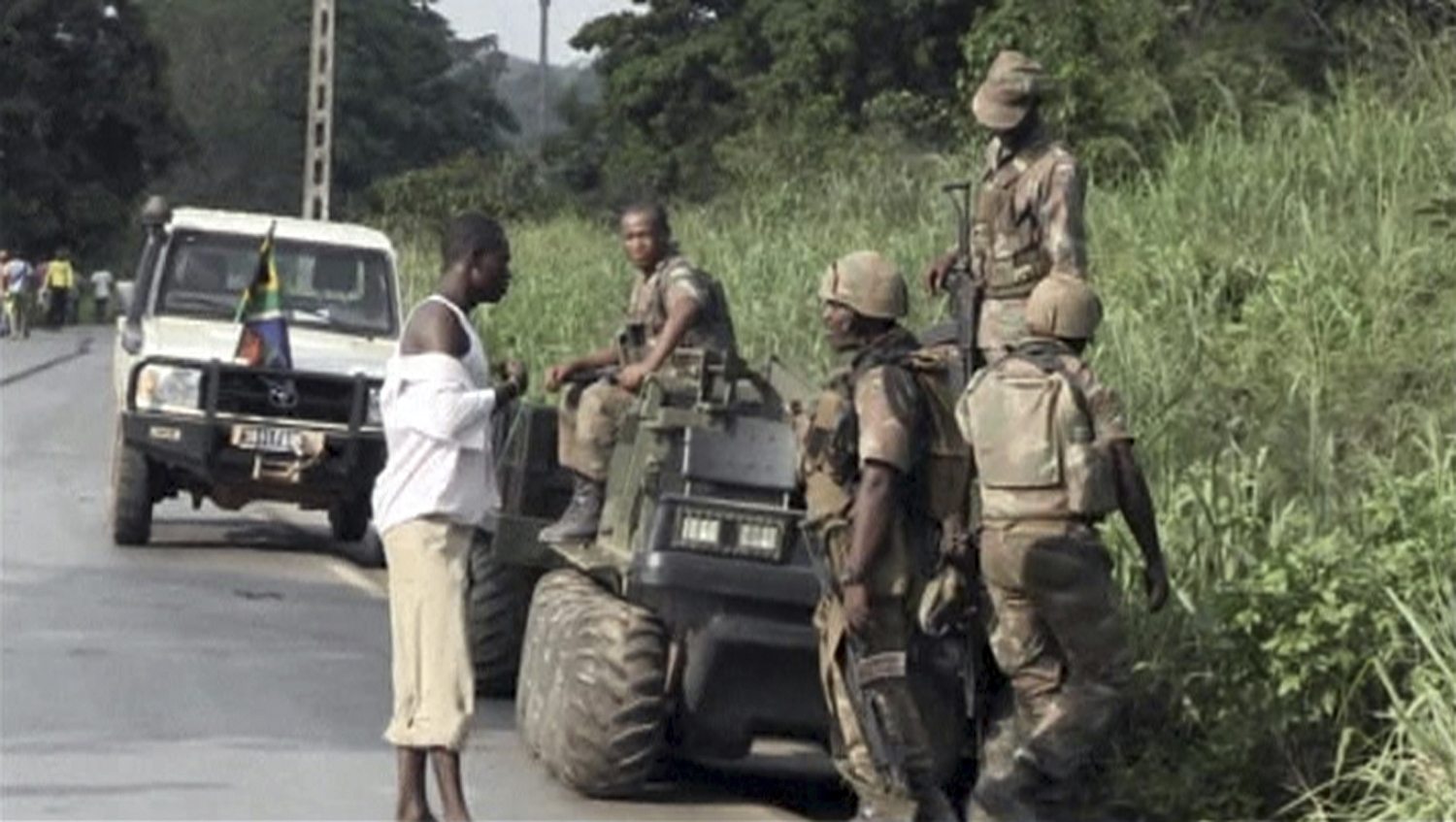 President Jacob Zuma has opted to withdraw South Africa’s troops from the Central African Republic. Zuma, who has faced a barrage of criticism for the deployment after the death of 13 South African soldiers in Bangui 10 days ago, has nonetheless indicated South Africa’s readiness to participate in military action in CAR in the future. By KHADIJA PATEL.

“President Zuma has decided to withdraw the South African forces which are deployed in Bangui,” Chadian President Idriss Deby announced, following the Extraordinary Summit of Heads of State and Government of the 10-nation Economic Community of Central African States (ECCAS) in Ndjamena on Wednesday.

However, the spokesperson for the Department of International Relations and Co-Operation, Clayson Monyela, denied that South Africa had been requested to withdraw its troops from CAR.  He wrote on Twitter, “Contrary 2 reports, SA was requested to keep troops in #CAR. #CAR no longer having a legit gov, SA announced a withdrawal. Summit accepted.”

Despite the reports of a military build-up and speculation that South Africa was preparing to launch an offensive against rebels in CAR, a withdrawal was always the most obvious choice available to Zuma’s administration. The African Union, for one, does not take unconstitutional changes of power lightly. And last week already, the AU rejected the seizure of power by the Seleka rebel coalition, branding the decision by the head of Seleka to declare himself president of the republic “illegal”.

“We are calling for the immediate restoration of constitutional order,” El-Ghassim Wane, spokesman for the African Union Peace and Security Commission, said this week. “But also for the respect and strict implementation of the Libreville agreement, which provides an avenue and a framework for peacefully dealing with the challenges at hand.”

Crucially, the meeting in Ndjamena has concluded without ECCAS recognising the Seleka rebel leader Michel Djotodia as the president of the Central African Republic.

Djotodia himself did not attend the Ndjamena summit, but his spokesperson Anne Victoire Yakossobe told Reuters earlier on Wednesday that she hoped the new leadership in Bangui would be afforded regional backing.

“What we want is support from the African Union and ECCAS for all of our plans to restore peace in the country… We need legitimacy,” she said.

The Memorandum of Understanding between South Africa and the Central African Republic that led to the creation of Operation Vimbezela is not invalidated by the rebel takeover, however. Instead, any new government in the country inherits the agreements made with its previous incarnation. So if South Africa persisted with its military deployment in terms of the MoU, it would signal a tacit recognition of the Seleka rebel coalition as a legitimate authority in the CAR.

The non-recognition of Djotodia as the leader of the CAR by both ECCAS and the AU therefore means that South Africa’s military presence in the country is legally no longer valid.

“Remember ‘parliament’ has been dissolved in #CAR. If we were to honour the MoU we would need to relate to a sitting government,” Monyela noted.

The Ndjamena summit has meanwhile also taken decisions about how best to handle the transition in the CAR.

“A committee selected by national figures must lead the transition. This body will have the executive role and must vote for a transitional president,” Deby said, noting that the transition should last no longer than 18 months.

The withdrawal of South Africa’s troops from CAR has already been applauded.

“This is especially welcome news for the family and friends of the troops stationed in the CAR, who over the last week have been in extraordinary danger, and who have lost 13 of their number in battle,” Democratic Alliance leader Helen Zille said in a statement.

Many of the questions that were raised after the deaths of the 13 South African soldiers 11 days ago remain unanswered. The motivation behind South Africa’s deployment of 200 troops to the CAR in January this year remains murky. The full story of the activity of South African troops in Bangui is similarly unexplained.

The withdrawal of South Africa’s troops from CAR necessitates further probing of these reports.

In the meantime, many of the troops who had been deployed to Bangui have already returned home. As the Daily Maverick reported on Tuesday, there are fewer than 20 South African troops in Bangui. The withdrawal of troops began last weekend, so Zuma took the decision to withdraw from CAR at least one week ago – it just was not communicated to the public.

“Note that SA’s troop withdrawal from the CAR is based on the [Memorandum of Understanding] no longer being valid. It does not preclude future AU-led military action,” he said.

Chadian president Deby also acknowledged that Zuma was ready to provide troops in the future if necessary. DM