What chance Ramphele? People of Escourt tell of broken today and uncertain tomorrow 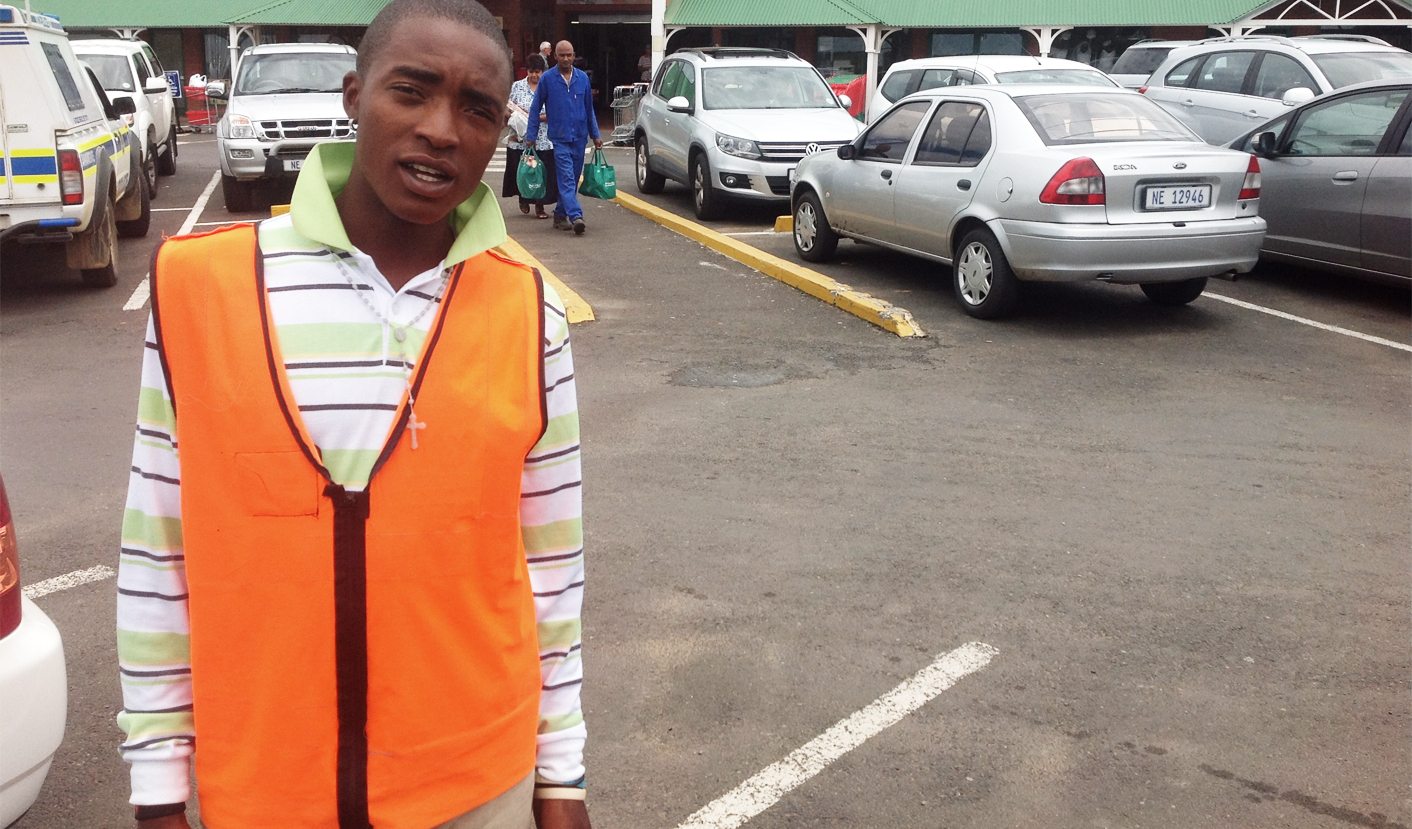 Mamphela Ramphele is set to break the suspense about whether or not she will start a new political party on Monday 18 February 2013. While Ramphele’s credibility is mostly unquestioned, her sway with the voting masses definitely is. MANDY DE WAAL headed into Zuma’s home province, KwaZulu-Natal, to gauge the appetite for a new political party there.

Academic and businesswoman Mamphela Ramphele will meet members of the media on Monday 18 February 2013 at 11 am at the Women’s Gaol at Constitutional Hill in Johannesburg, and it is widely expected that she will announce her political plans as the clock ticks toward the 2014 general election.

Widely respected by academia, civic society and the business world, the former World Bank MD and one-time UCT Vice-Chancellor also has international pull, but what eludes her is local political reach. To successfully take on the ANC or make any real impact on SA’s political stage, Ramphele will need to appeal to the everyman and woman.

To discover some of the challenges Ramphele could face, Daily Maverick rode into KwaZulu-Natal – the very heartland of one Jacob Zuma – to see whether a new political party would have any hope on the president’s home turf.

In a town called Estcourt, which brings South Africa masses of bacon and viennas, people are either very reluctant or over-eager to talk politics.

The hesitance is largely born out of fear, and people talk about not wanting to upset the local ANC heavyweights who don’t, it appears, take kindly to criticism. Only three weeks ago the mayor of the Umtshezi Municipality, which embraces Escourt, headed over to a local district called Mimosadale, and told locals there that if they didn’t support the ANC, they’d go hungry. It is reported by residents that Bongani Dlamini’s exact words to the people of Mimosadale were that if the township insisted on supporting the National Freedom Party (NFP) which was launched by Zanele kaMagwaza-Msibi in 2011, they’d never eat more than grass.

But people like 27-year-old Sam Sithole, who lives in the town and works as a driver, are not afraid. “I would welcome a new political party,” says Sithole. “Just drive into this town and look at the road – it is filled with potholes. Everything is like that. The people who are in government now are just eating our money. We need something new; we need new blood. The problem with the people already in government is that they have gotten rich and comfortable. They give tenders to their friends and allies to build new roads or houses or hospitals, but after a month everything is fucked up. The houses the government have built here are falling down.”

Sithole says that you only need to see what local councillors are driving to know where the money is going. “Everyone who works for the municipality here has a new car, but the people who need services are suffering. We only see our local councillors when they want votes from us.” The young man says he’s disillusioned with South Africa’s democracy because it hasn’t delivered what he calls “real freedom”. “While there is poverty and so much unemployment we can’t talk about freedom,” he says.

Mthoko Zisi is 21 years old and has his matric, but work eludes him. He’s been searching but the only job he’s been able to find for the past few years is outside an Estcourt mini-market as a car guard. “It is so hard to get a job, and I have been everywhere around here. I volunteer as a car guard because I don’t believe in stealing,” Zisi explains.

The youth believes Ramphele could make a real difference, although he doesn’t know her. He is, however, aware of who Steve Biko is. “I would vote for a woman because she knows my struggle, she will understand what poverty is. I would give a woman a chance because she knows what it is like for a child to go without food,” Zisi says. He adds that the two social issues a new political party would need to address to get his attention are decreasing poverty and creating employment.

“We need a change; someone who can make a difference,” he says. “We have had various political parties for many years but none of them have been able to make a change. Despite voting for the ANC, the people here still live in poverty and others live with no electricity, water or toilets. There is no infrastructure here in rural KZN.”

Zisi believes political incumbents don’t have the political will to create meaningful, positive change. “The leaders don’t do what they should do. They live the good life but don’t hold others to account. They don’t check that those they employ or contract actually do their jobs. And the problem is that the opposition hasn’t changed much – I know all the other political parties but don’t have faith in them. Now is the time we can give a new political party a chance.”

The car guard watches as a new vehicle drives into the car park. In the vehicle are four movers and shakers. The driver of the car’s wearing a natty black and aquamarine print shirt, and a Nelson Mandela 46664 bangle. When Daily Maverick approaches, he pretends he’s unable to talk, and signals with an invented sign language. But his friend in the passenger seat is eager to talk.

Photo: Mvelase and Mmeli – avowed ANC supporters who say that despite people’s “crying”, the ruling party is doing a good job.

Do they know Mamphela Ramphele? Would they have interest in a new political party? The driver and passenger declare their allegiance first and foremost. “We are members of the ANC and there is no other political party for us,” the men, who identify themselves only as Mvelaze and Mmeli, say. Mvelaze is employed by the Umtshezi municipality and reveals that life is good to him.

“The ANC has done much. Electricity, housing, water… look, they are still fixing the road, but that takes time,” admits Mvelaze, while scouting local female talent in the parking lot. “People cry about their suffering but this doesn’t mean the ANC hasn’t done well. Everything takes time and change will come slowly, slowly,” he says before beckoning to a woman to come and chat to him.

Before Daily Maverick can leave, Mvelaze says he wants to vet the notes that have been made and check that this journalist has accurately transcribed what he has said. He pores over the notepad and reads the words that are written down there. He relaxes somewhat and agrees to having his photograph taken with his friend, Mmeli, who is unemployed and states he’d be slightly more amenable to seeing what a new party could offer. But Mmeli quickly underscores that he’s a staunch ANC member.

Daily Maverick happens along an older man, in his seventies, who’s keen to talk politics, but doesn’t want his name on record. The man, who says he can be called ‘Anonymous’, declares that his party membership lapsed a long time ago. He states he is no longer registered to any party.

“There is space for a new political party, and the ANC must be neutralised, but Mamphela Ramphele’s chances are slim because she doesn’t have a following. She has to work hard to first establish a broad base.” The elder man says gender isn’t a problem in politics any more, and believes that people will vote for a politician who will bring change.

“Mamphela Ramphele comes from a distinguished political family – her father was a political leader of a smaller opposition party, you know. But that was so long ago. Nowadays young people don’t even know who Steve Biko is. And people are losing trust in political parties – they appear only to exist to extract money from government,” the man says.

After speaking to people in rural KwaZulu-Natal, what’s evident is that Ramphele is relatively unknown, particularly amongst younger folk. A large percentage of people Daily Maverick spoke to said they were disenchanted with politics, and therefore no longer voted or had interest in supporting any party.

The ANC stalwarts Daily Maverick encountered in Umtshezi Municipality, on the other hand, were what one could call, in Afrikaans, ‘bittereinders’.  Those, in other words, who will stand to the bitter end. Their lives are comfortable and safe, and there’s no way in hell they want to rock the gilt-edged boat.

There will be some openings for Ramphele, should she want to take on the ANC. But there will also be areas where access is very, very restricted – and where the loyalties that exist are likely to remain just as they are. DM

Main photo: Mthoko Zisi believes a new party will find traction if it shows how it will bring real change.