Ukraine in a race to shield and protect its cultural heritage

Friday, 3 June 2022, marked the 100th day of Russia’s war in Ukraine. Though the attack shocked most of the world, to those of us who take pride in knowing our history it wasn’t shocking at all. Russia has brought nothing but death and destruction to us for centuries.

It would probably take me days to list all the crimes our neighbouring country has committed against our culture, heritage and language. Ukrainians first fell victim to persecution as an ethnic group, with barbaric attempts to erase our culture and language, as early as the 17 century, when works of prominent theologians Petro Mohyla and Lazar Baranovych were burned on huge fires on the streets of Moscow — along with “Crocheted Christ” of Antin Radivilovsky and the Didactic gospels of poet, publisher, archimandrite Kyrylo Stavrovetsky.

Those fires, both literal and metaphorical, burned for hundreds of years, always aimed at erasing the cultural and historical markers of Ukraine.

We overcame decrees banning printing in Ukrainian, we lived through the seizure of Ukrainian church books, and our language was banned at schools and universities countless times. To give you an idea of how far this actually goes, the decree that banned teaching in Ukrainian in one of our oldest universities, Kyiv-Mohyla Academy (established in 1615), was signed by Catherine II in 1763.

The whole Donbas region was fully Ukrainian until 10 million Ukrainians were literally starved to death by Josef Stalin and settlers from Russia were brought into that region in their place.

For me, personally, one of the most heartbreaking moments of our history was the erasure of our culture in the times of the Soviet Union, particularly the story of the Ukrainian Executed Renaissance. In one decade, 80% of the Ukrainian intelligentsia was purposefully eliminated.

In the 1930s, gifted Ukrainian poets, authors and writers were arrested on absolutely absurd made-up charges; they were terrorised, tortured or executed. A lot of them were sent to labour camps, where they were either starved to death or died from untreated illnesses or exhaustion. The main purpose of this horrific crime was to erase all of the names of Ukrainian writers from existence, along with the Ukrainian language and the people’s love for their country and culture.

I urge you to read about our Executed Renaissance as this is one of the pages of history my mind immediately goes to when I hear that Russia is misunderstood. It is not. Their message is loud and clear and hasn’t changed since the 1600s. 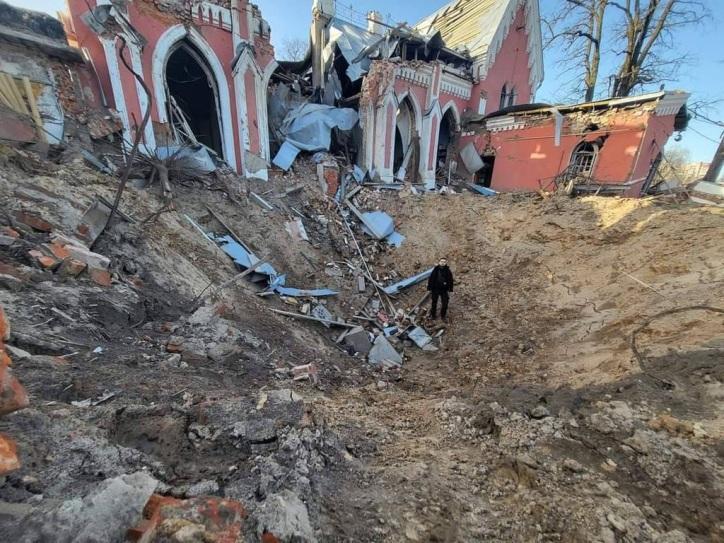 As a Ukrainian, I’m horrified as each piece of my history is erased. Since the war started on that unforgettable early morning of 24 February, the UN’s cultural agency Unesco has registered at least 139 cases of destruction or damage of our cultural sites.

The main aim of Putin’s war is becoming clearer every day. It is the annihilation of Ukrainian museums, historic buildings, libraries, religious sites, monuments and buildings dedicated to cultural activities; annihilation of our cultural heritage; our annihilation.

We are still in disbelief and mourning the loss of the treasured Skovoroda Museum, the breathtaking Kharkiv’s Academic Opera and Ballet Theatre, Mariupol’s Drama Theatre that was bombed by Russians with thousands of Ukrainians taking shelter inside. About 600 people stayed in the theatre’s ruins forever.

We will miss the beauty of the former museum, now completely destroyed, the Chernihiv Library of Youth, the Church of the Holy Queen Tamara, the famous Wooden Church we have cherished since 1892 and many, many more. Russians have destroyed 12 museums, 26 historic buildings, 62 religious sites, seven libraries, 17 buildings dedicated to cultural activities and 15 monuments. The mayor of Melitopol says Russians have stolen a collection of ancient Scythian gold and other artifacts from a local museum, as they have valued artifacts, paintings and art pieces from museums in Mariupol. 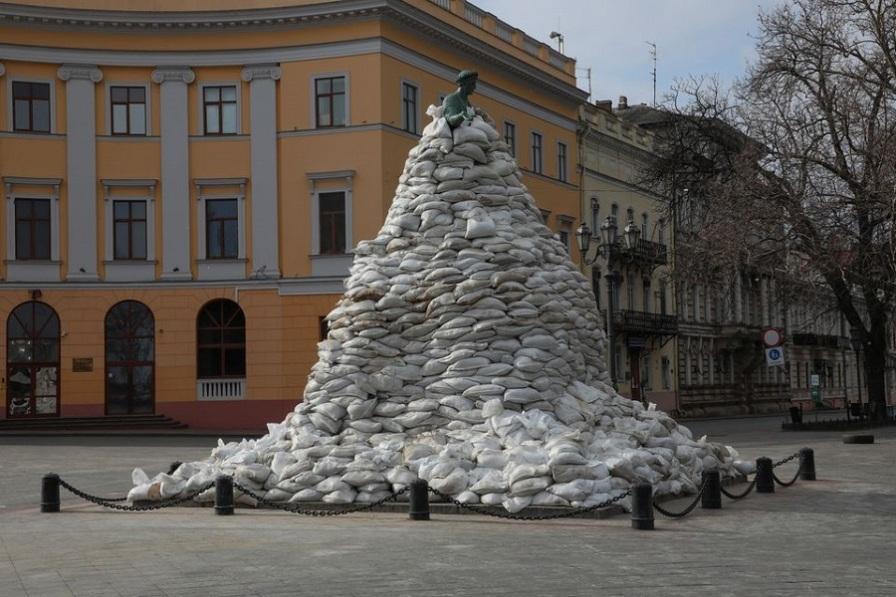 As we mourn historical and artistic treasures we’ve already lost forever, I want to celebrate the courageous Ukrainian citizens who are trying to save our cultural heritage and to remember those fighting every day to preserve our identity for future generations.

If you take a walk in any Ukrainian city now, you see mountains of sandbags around monuments, you see carefully dismantled and hidden stained-glass windows in churches. Many organisations – Ukrainian and international – are working tirelessly to save Ukraine’s culture, such as Saving Ukrainian Cultural Heritage Online (SUCHO), which has more than 1,300 professionals trying to secure cultural treasures digitally by creating copies of at-risk sites. The Ministry of Culture and Information Policy, the State Agency of Ukraine for the Arts and Art Education and blockchain company Everstake have created Save Ukrainian Culture that seeks to raise funds to safeguard cultural heritage.

Protection, evacuation, preservation and digitalisation of Ukraine’s cultural properties are very important. We have to save our cultural heritage and preserve it for our kids. DM