South Africa’s consumer price index is following the universal trend of steadily increasing, but at a markedly slower rate than many of its key trading partners.

Viewed from a long-term perspective, the recent increase in domestic inflation does not warrant panic, especially considering the strength of the rand over the past two years and the prospect of a dramatic decline in the oil price once peace returns to Ukraine. 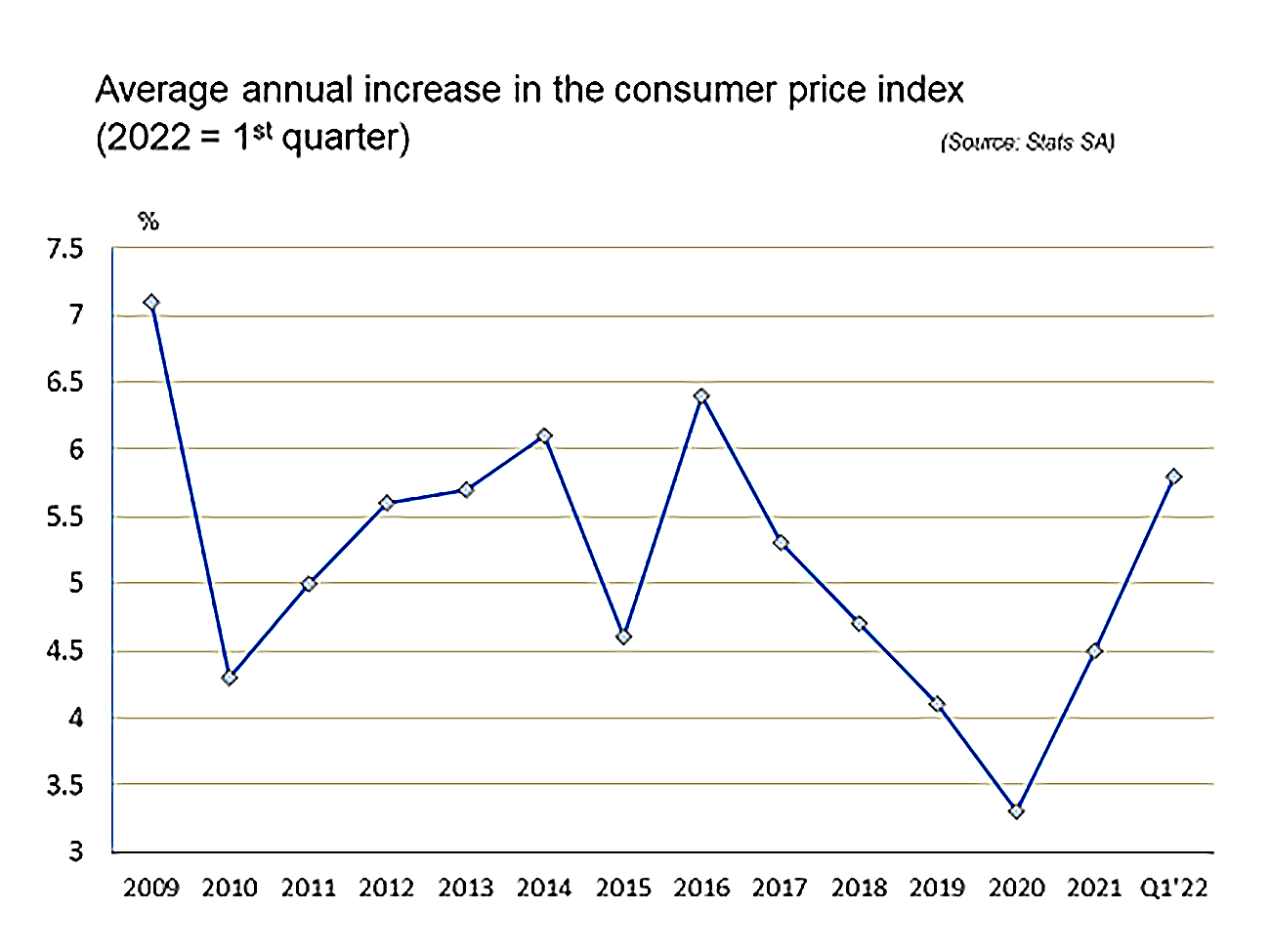 The problem of price instability has become one of the major challenges to policymakers around the globe. According to the International Monetary Fund (IMF), it is clear that almost every economy of note is being confronted by substantial rises in the prices of consumer goods.

In 15 of the 34 countries classified as advanced economies and 78 out of 109 emerging markets and developing economies, year-on-year inflation at the end of 2021 was running above 5%. Such a sudden and universal jump in price levels has not been witnessed in more than two decades.

Because of the spike in energy prices caused by the war in Ukraine and a continuation of supply-side disruptions brought on by the Covid pandemic, the problem was exacerbated during the first quarter of 2022. Inflation in the US hit 8.5% in March – its highest level in more than four decades, with petrol prices the main culprit, having increased by 32% year on year.

The global policy discourse is now being dominated by the inevitability of central bank responses via higher interest rates, despite the damaging effect that restrictive monetary policy usually exerts on the prospects for economic growth. The IMF has already revised its January prediction for global growth down by almost a full percentage point to 3.6%. Interestingly, South Africa’s growth forecast has been kept steady, at just above 2%.

When considering policy options to combat inflation, it is crucial to consider the source of higher prices. In most of the world’s stable economies, higher prices emanate from either the demand side or the supply side. It is glaringly obvious that the latter is the origin of the world’s current inflation dilemmas, especially because of a temporary shortage of a variety of commodities and intermediate inputs in manufacturing.

In South Africa’s case, the picture is more cloudy, with the latest data on capacity utilisation in manufacturing remaining at 2.5% below the level recorded immediately before the pandemic; and 4% lower than the long-run average (15 years).

Because the US economy is growing at a rapid pace and unemployment has been dramatically lowered, a measure of justification exists for a return to higher interest rates, as has been foreseen by the Federal Reserve, the country’s central bank. Unfortunately, many emerging markets do not yet enjoy such a fortuitous situation and are still battling with high unemployment levels.

In South Africa’s case, scrutiny of the inflation trends for the major groups comprising the consumer price index confirms the inordinately large impact of fuel price increases. Combined with double-digit rates of annualised price increases for public transport (directly related to the higher fuel price) and for electricity (related to the effects of State Capture under the Zuma administration), these three items represent the root cause of higher domestic inflation. None of these is prone to the influence of restrictive monetary policy via higher interest rates. 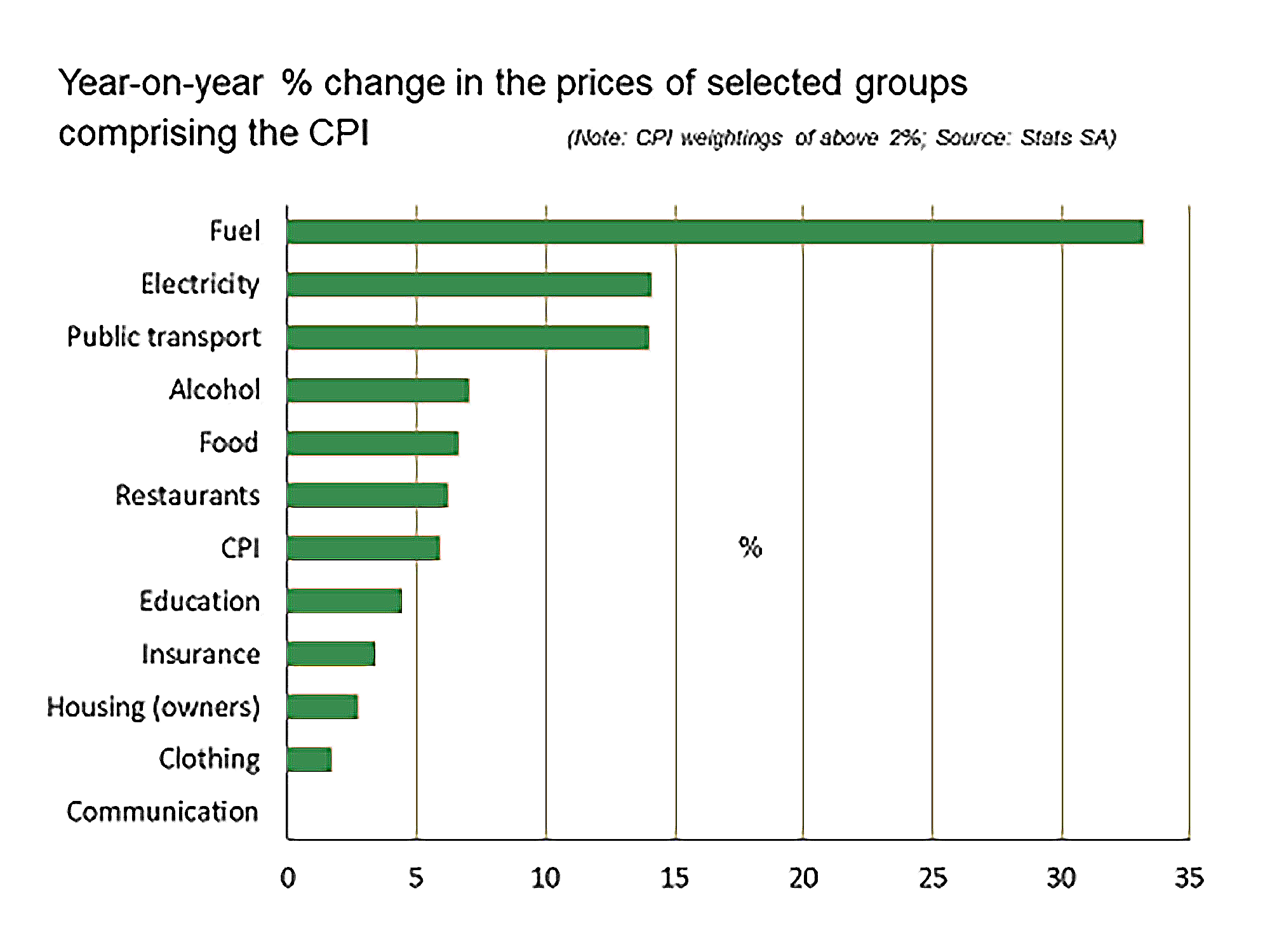 For now, the message to central banks in emerging markets – including South Africa – should be clear: do not overreact by raising interest rates when demand is still in the process of recovering. BM/DM