Just when it seemed as though Bitcoin had proven itself to be more than an investment speculation, it tanked, wiping out $600-billion (R8.5-trillion) in a week. Actually, to add that wonderful South African use of the word, it was lost in 24 hours.

Part of its remarkable rally has been because Elon Musk bought $1.5-billion in Bitcoin in February as part of Tesla’s plans to allow people to buy the car maker’s electric vehicles with the cryptocurrency.

But part of Bitcoin’s remarkable plunge was because Musk – whose public statements, usually via Twitter, are often hugely controversial – did an about-turn on Bitcoin because of its massive use of electricity, usually from coal-fired energy from the grid.

Musk has repeatedly pointed out that his ultimate aim with Tesla – its all-important batteries and its solar roof tiles – was part of his master plan to prevent humanity wiping itself out with global warming. Not surprisingly, he seems to have realised that his planet-saving goals were at odds with cryptocurrency’s enormous use – some say waste – of energy, given that the majority of crypto mining is done using dirty fossil fuels.

Musk’s comments in May, as well as increasing concern from regulators in the US and China, saw Bitcoin lose half of its value in just 10 days as it plummeted down to $30,000 on that fateful 12 May.

Bitcoin surged 300% in the past year, making many millions of retail investors millionaires. Its pernicious drop had the reverse effect. “I lost everything because of your crypto tweets and today I live under a bridge,” one person tweeted. “I hope you are proud.”

The following day, Musk turned his attention back to the lesser known Dogecoin, which surged ahead after he tweeted: “How much is that Doge in the window?”

This seemingly humorous tweet followed his hosting of Saturday Night Live, the famous comedy show that has launched innumerable careers. The weekend before he not only outed himself as having Asperger’s Syndrome – “Or at least the first person to admit it”, but he also called Dogecoin a “hustle”. It obviously tanked, and his tweet lifted it up.

What does one man – albeit one of the richest and most influential tech entrepreneurs in the world – have to do with the investment world? Exactly. In the past, it was the words of the Federal Reserve, or head of a national bank, or other important financial figure that mattered.

Musk has a disproportionate influence on the way cryptocurrency gains or loses value – often in steep climbs or declines. That is true of the emotional nature of any stock exchange, where traders behave like a herd, following the first person to jump off a cliff, or try avoiding the cliff themselves.

Musk’s tweet about Tesla not taking Bitcoin, a position he then later reversed, caused a $300-billion loss within minutes. The outsized role of the world’s richest person (albeit briefly) demonstrates that cryptocurrencies aren’t as viable an alternative to the more established fiat currencies any time soon. This is especially true given how inconsistent Musk is with either his praise or damnation of cryptocurrencies.

Of course, that fateful 12 May wasn’t entirely caused by Musk’s comments, but also a warning from Chinese banks about cryptocurrency speculation.

Perhaps it’s fitting that Dogecoin – originally created as a joke – has become the best example of this weirdness, and Musk’s online delight in making jokes like how much is that “Doge in the window”. I’m sure the person living under the bridge is chuckling about this clever pun. DM168. 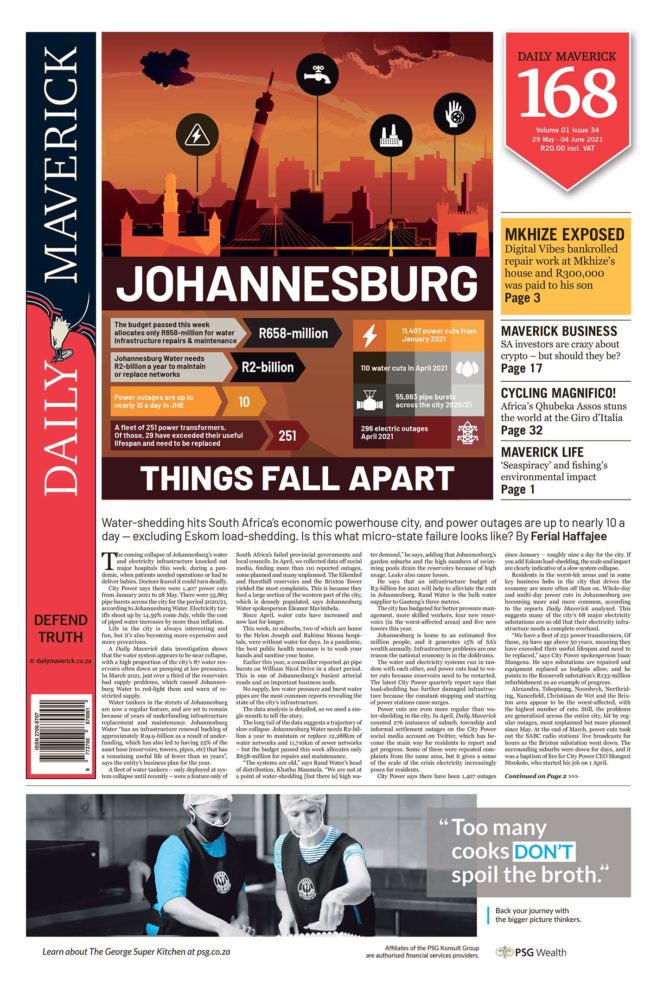