Another week, another Facebook scandal. Feels just like 2020, and every year before it since The Great Social Media Awakening after the breathtaking manipulation of democracy in the United Kingdom and the United States by Cambridge Analytica in 2016.

The economic train-wreck-in-slow-motion of Brexit has been playing out for five absurd years, caused by Facebook manipulation that broke innumerable British voting laws, and will continue to devastate the UK’s economy for another decade.

Donald Trump took not only social media but also the last remaining superpower into the gutter with him. “Covfefe”.

The less said about the former #Presidunce the better, except to say that he got away with lying and instigating white supremacists on the social networks until he lost the election to Joe Biden. Then the social media giants suddenly found their backbone – and banned him. But this was not before he normalised outright lying, and defending it by doubling down with more lies, as his predecessor Barack Obama said when giving the Nelson Mandela Annual Lecture one sunny winter’s day a few years ago in a packed Wanderers Stadium. But these two great Western democracies have got off lightly when it comes to the “state-backed manipulation” of Facebook, with its nearly 2.8 billion users, according to a shocking investigation by The Guardian.

The London newspaper found Facebook repeatedly looked the other way when world leaders and politicians used it to “deceive the public or harass opponents despite being alerted to evidence of the wrongdoing”.

The investigation shows how Facebook has “allowed major abuses of its platform in poor, small and non-Western countries in order to prioritise addressing abuses that attract media attention or affect the US and other wealthy countries,” wrote reporter Julia Carrie Wong. Whereas Facebook swiftly responded to “political manipulation” in the US, Taiwan, South Korea and Poland, it moved “slowly or not at all” when it involved Afghanistan, Iraq, Mongolia, Mexico and much of Latin America.

The Guardian reviewed “extensive internal documentation” about Facebook’s handling of more than 30 cases in 25 countries of “politically manipulative behaviour that was proactively detected by company staff”.

Even so, “the company has repeatedly failed to take timely action when presented with evidence of rampant manipulation and abuse of its tools by political leaders around the world”.

Honduras president Juan Orlando Hernández was the “most blatant example”. He received 90% of all the known civic fake engagement in the small central American country in August 2018. Hernández’s staff were directly involved in boosting content on his page with hundreds of thousands of fake likes. “One of the administrators of Hernández’s official Facebook page was also administering hundreds of other pages that had been set up to resemble user profiles. The staffer used the dummy pages to deliver fake likes to Hernández’s posts, the digital equivalent of bussing in a fake crowd for a speech,” Wang wrote in an article headlined “The Facebook loophole that lets world leaders deceive and harass their citizens”.

This is allowed by a loophole in Facebook’s policies called “page abuse”. “The company requires user accounts to be authentic and bars users from having more than one, but it has no comparable rules for pages, which can perform many of the same engagements that accounts can, including liking, sharing and commenting.”

The reason the world knows about this is because data scientist Sophie Zhang wrote a 7,800-word memo on her last day at Facebook in September 2020, when Facebook fired her for poor performance. She wrote she “found multiple blatant attempts by foreign national governments to abuse our platform on vast scales to mislead their own citizenry”.

In the memo – published by BuzzFeed News – she made the haunting comment: “I know that I have blood on my hands by now.”

She told The Guardian this week: “There is a lot of harm being done on Facebook that is not being responded to because it is not considered enough of a PR risk to Facebook. The cost isn’t borne by Facebook. It’s borne by the broader world as a whole.”

Sadly, this is painfully true. DM168 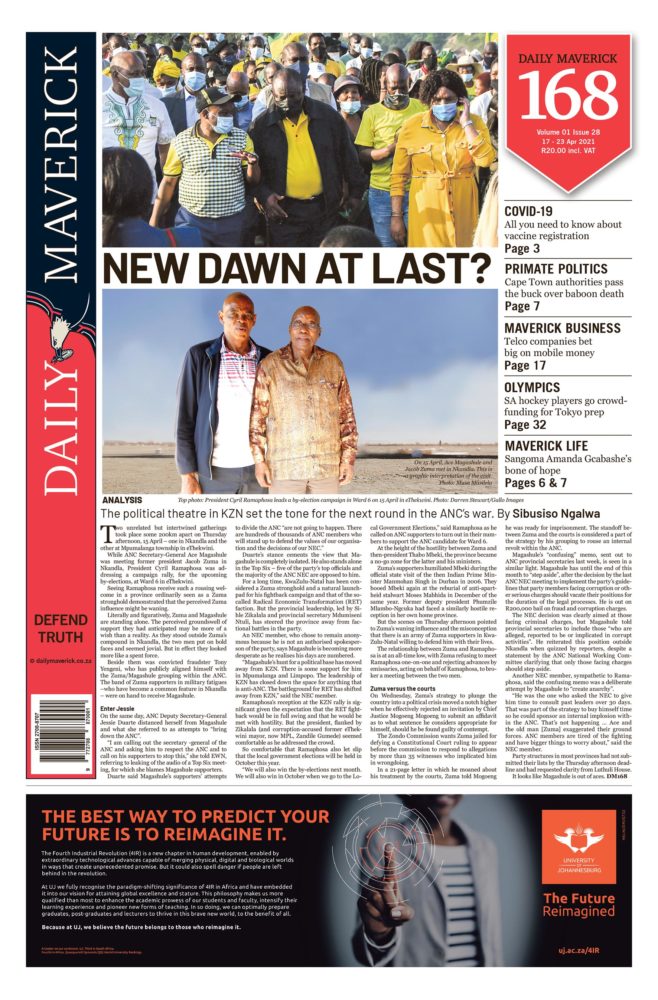