Olusegun Obasanjo is the former president of Nigeria, the chairperson of The Brenthurst Foundation, and a co-author of ‘Democracy Works: Rewiring Politics for Africa’s Advantage’.

Malawi will hold fresh presidential elections on 23 June after the May 2019 poll was declared null and void because of widespread vote rigging – and a complete failure by AU, EU and Commonwealth observers to call foul. But the new election is being held with Covid-19 travel restrictions in place.

We failed the people of Malawi when Africa, through its observers, gave the election of 21 May 2019 its blessing. We ought to have paid greater attention to what took place in that most important of activities in a democratic state – the exercising of the will of the people.

The African Union election observer mission reported that “the elections took place in a peaceful, transparent and orderly manner, and thus met national, regional, continental and international standards for democratic elections…”. What a pity!

We were not alone in our failure to properly observe that election. The missions of the European Union and of the Commonwealth also gave the faulty outcome their approval with minor misgivings.

Fortunately, the people of Malawi were saved by their courageous Constitutional Court which declared in a unanimous judgment the election null and void and ordered that a new election be held in free and fair circumstances that would guarantee a democratic outcome that would reflect the will of the people.

The judgment read: “We hold that first respondent was not duly elected as president of Malawi. As a result, we hereby order nullification of the elections. We further order that a fresh election be held in accordance to the law and pursuant to directions we will make.”

The court found that the winner had been declared before less than a third of the results from the more than 5,000 polling stations had been certified by auditors and that there was widespread use of Tippex correcting fluid to alter numbers on result sheets.

Judge Dingiswayo Madise rejected the electoral commission’s contention that another election would be too costly.

“Democracy is expensive. Citizens’ rights are paramount. The court will not stop the pursuit of constitutionally sound elections on account of cost,” he said.

We must salute their principled professionalism and integrity especially under extreme political pressure.

The time is fast approaching for the court’s remedy to be implemented in the form of fresh elections in Malawi which are scheduled to take place on 23 June 2020.

It is deeply concerning that, while there was poor oversight by the international community last time, there is likely to be far less scrutiny this time around due to the Covid-19 pandemic, which limits international travel and prevents close oversight at polling booths due to social distancing requirements.

In the previous election, the European Union’s Election Observation Mission had 83 observers reporting from 342 polling stations in 27 of the 28 districts of Malawi. Yet this mission still failed to check electoral abuses. Nor did it report the malpractices that led the Constitutional Court to annul the elections.

There is a very grave apprehension that this second election may be as flawed as the first unless ways are found to shine the spotlight on voting along with result collation, transmission and declaration.

There are still steps that can be taken.

African leaders – and indeed global leaders – need to find ways to prevent the closing down of the democratic space lest we wake up after Covid-19 and find that our continent has slid back towards authoritarian governance.

The world must monitor the Malawian election using the limited resources that are at its disposal during the Covid-19 crisis. We must see to it that African country representatives with their Western counterparts present in Malawi during this election take steps to observe, gather information and verify allegations of abuses and malpractices should such be made by members of the public or parties contesting the election.

Many African and Western countries continue to have diplomatic representation in Malawi despite the Covid-19 pandemic. These representatives should be prompted to step into a leading role in providing some independent verification of the freeness and fairness of the election.

They and their staff ought to be deployed on the ground to observe the voting, tabulation, transmission and declaration process as closely as is possible under the circumstances.

The legitimacy and success of Malawi’s election is essential if we are to strengthen the movement towards democracy and legitimate governance on the African continent.

What is of deep concern is that some governments carrying out elections during the coronavirus crisis may attempt to use  the cover of the pandemic to strengthen authoritarian control and to limit democratic participation in determining the trajectory their countries are taking.

The blanket of isolation which the pandemic has brought about by severely limiting air travel has been compounded by restrictions on the movement of people, some of which are necessary to slow its growth, but some of which are excessive and have a chilling effect on public life.

The United Nations Secretary-General António Guterres has put it very strongly, saying: “We must act now to strengthen the immunity of our societies against the virus of hate.” With democracy short-circuited, frustration, despondency, despair will set in, leading to societal explosion.

The UN was very concerned that the pandemic was stirring the stigmatisation of foreigners and that states were being overly aggressive in their security response and policing of the pandemic.

African leaders – and indeed global leaders – need to find ways to prevent the closing down of the democratic space lest we wake up after Covid-19 and find that our continent has slid back towards authoritarian governance.

We should start by making sure that the Malawian election is free, fair and the result reflects the will of the people as an example of how democratic practices should unfold under this pandemic. DM 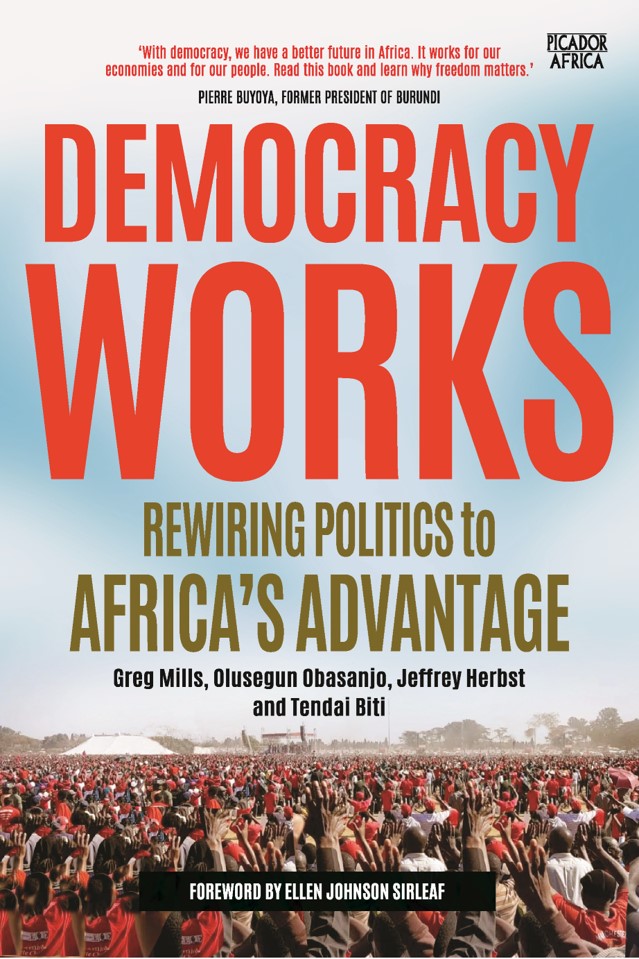