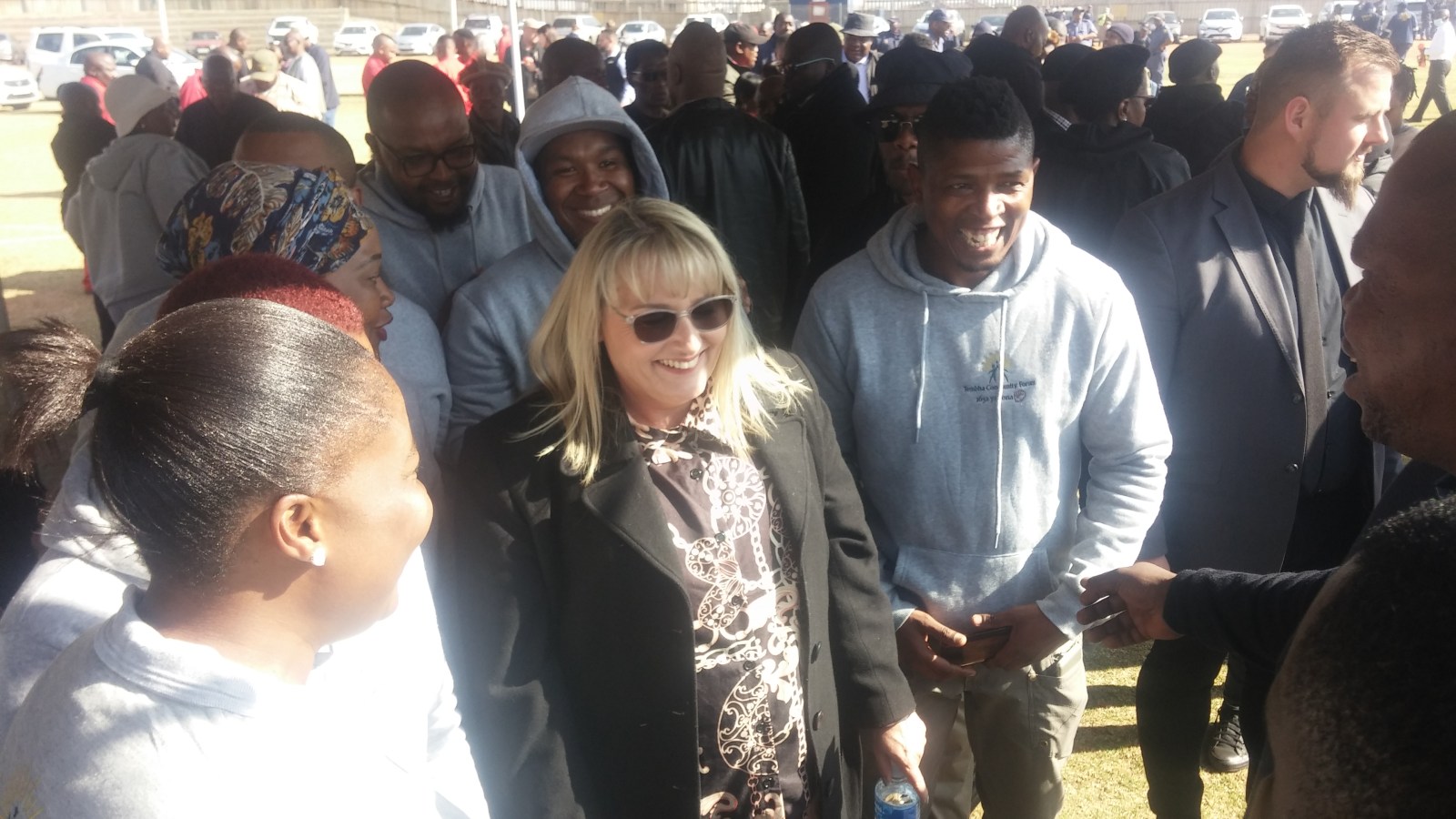 Mayor Tania Campbell went to speak to the community on Friday and promised to improve services for residents.

From Monday to Wednesday, thousands of residents brought the East Rand township to a standstill over high electricity bills, rolling blackouts and crime. Streets were barricaded with burning tyres, branches and rubbish. An electricity substation and the Community Civic Centre were damaged.

At the time, Campbell said the destruction of infrastructure was “politically motivated” and aimed at making the township “ungovernable” for the DA-led coalition government.

Just days after a mass memorial was held for the four people killed, allegedly by police during the protest, Ipid spokesperson Lizzy Suping told GroundUp: “The investigators have reconstructed the scene and some witnesses have been interviewed.”

Suping did not provide any other details. She said a formal report will be released once the investigation is concluded.

Ekurhuleni Metro Police Department spokesperson Kelebogile Thepa said the City is also doing its own internal investigation into the killings. “We will rely on the facts we get as we probe. We are still searching. We are not running this in isolation. We are allowing the investigation to go on uninterrupted and we are also assisting Ipid with what they need,” said Thepa.

Addressing community members at the Mehlareng Stadium in Teanong on Friday morning, Campbell apologised for not being able to meet residents last week as they had demanded.

At the core of the protests were complaints over high electricity bills, rolling blackouts and municipal rates.

“We will ensure that all the billing issues are resolved immediately in Tembisa. We will be introducing a relief scheme for residents in debt. Incidents of corruption and bribery in our customer service offices will also be investigated,” Campbell told residents.

City staff will be deployed to households and residents who qualify for the indigent subsidy, she said.

Campbell said 27,000 wheelie bins are to be distributed from Monday to help curb “rampant illegal dumping”.

“We are handling the issue of electricity tariffs from today already, and will continue on Monday. We understand your challenges and are looking for permanent long-term solutions,” she said. Campbell added that 50KWH of free basic electricity would continue being rolled out to residents.

She said historical municipal debt would also be written off for qualifying residents.

Resident Aaron Mojela, who attended the mayor’s address at the stadium, said Campbell’s promises were exactly what residents hoped to hear. He said they remained cautious and would wait to see if the City sticks to its promises.

Mojela said the high municipal rates were a serious burden on his family since he lost his job in October. He said their electricity bill is over R600 a month.

“I survive on my pension and the money is drying up now. I lost my job at SAA last year. I have two kids who are at school, and I have a bond to pay. I’m not coping and all. I can’t breathe with this burden,” he said.

Nombulelo Dubula said she has lived in Tembisa all her life. “All of Tembisa is filthy. You walk on rubbish in each and every corner. I hope the Mayor will clean up and hire people who are willing to work and serve residents. The officials are poor in communicating with us,” she said.

“It’s very sad that it took demolishing property and loss of lives for us to be heard. We hope things are going to happen now, as the Mayor promised.” DM