Charl du Toit retires at perfect time, with ‘tears of... 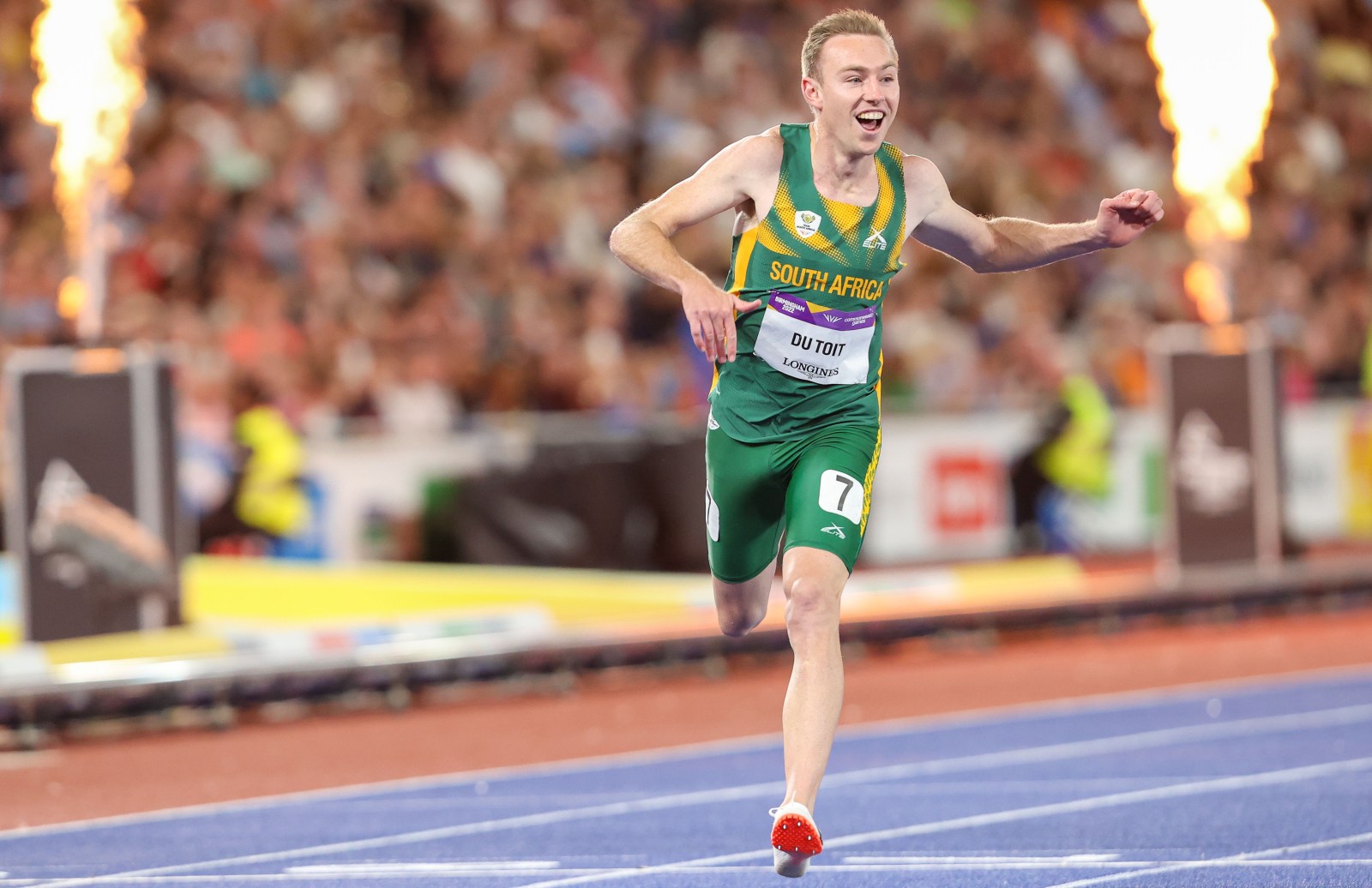 Double Olympic and world champion Charl du Toit has called time on his running career after bagging a silver medal at Birmingham 2022.

One of the biggest conundrums for any athlete is knowing when to say: “It’s time.” Many stay on too long, wanting to keep Father Time at arm’s length once he’s touched them on the shoulder. Many spoil their legacy by not quitting at the right time.

Charl du Toit has timed his retirement to perfection.

He put the final stop to a glittering career with a silver medal in the T37/T38 100m at the Birmingham Commonwealth Games, stopping the clock in 11.54sec. At the Tokyo Paralympics in 2021, he clocked 11.63 in the event and in winning gold in Rio six years ago it was 11.45. No one can dare suggest he left it too late.

At the age of 29, and picking up silver in a race where a higher classification (T38) athlete in Australia’s Evan O’Hanlon won gold, Du Toit has picked the perfect moment to retire.

“‘If it were not for judo, I would probably have dropped out of school,’ says SA’s latest gold medal winner”

“Tatjana and Kaylene – ‘It’s nice to cry on the podium, rather than next to the pool’”

“Powell’s era of brilliance is almost over, but the Blitzboks are far from finished”

“‘I don’t get the appreciation and have come to terms with it’: Akani Simbine”

“This was definitely my last race. I have tears of joy, tears of excitement,” Du Toit said.

“This was a special race, and having my coach, my fiancée and my brother and his wife here was special. I’m not finished with athletics itself, it’s in my blood and I will still be involved somewhere. But for the racing side of it I am so privileged.”

He goes out on his shield on a high, and in front of a crowd – which wasn’t the case at a Covid-19-restricted Tokyo – and most importantly, in front of his family and fiancée, who had travelled overseas for the first time. And, importantly for Du Toit, he did so under the gaze of God.

Du Toit was born with cerebral palsy and had been interested in sports since an early age. He has earned a reputation as one of the nicest individuals and has competed at the top level of his sport for nearly a decade. He always has a word and a smile for everyone, although freely admits he couldn’t have come this far in his career had it not been for the guidance of renowned coach Suzanne Ferreira.

​“I still had to learn about myself, about life after Tokyo, and Suzanne has helped me so much along life’s journey,” he said.

Although, not as privileged as those who have watched him perform miracles and give so much joy to a nation during his track career. DM