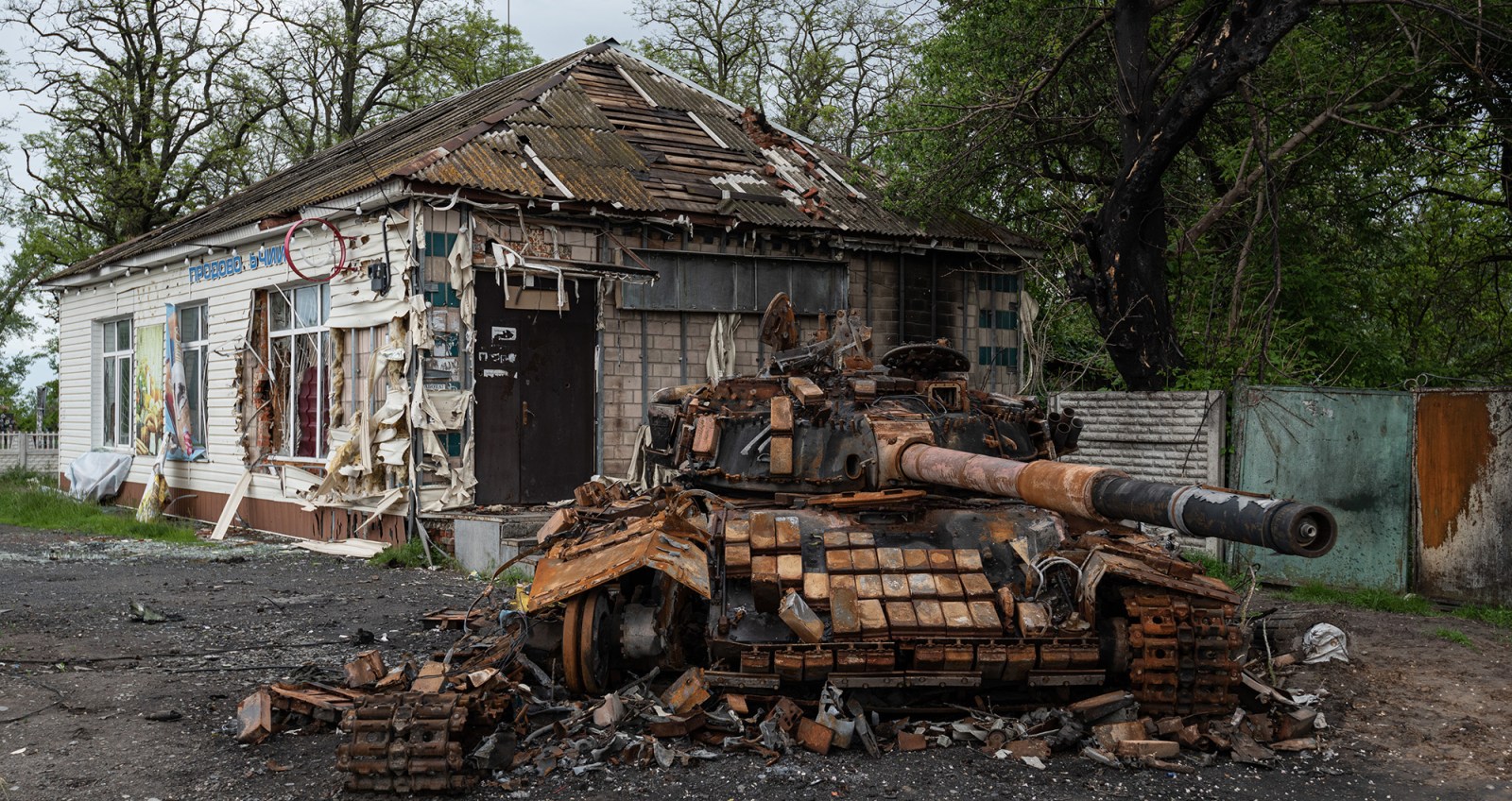 A burnt Ukrainian tank on 31 May 2022 in Kolychivka, Ukraine. Chernihiv, northeast of Kyiv, was an early target of Russia's offensive after its Feb. 24 invasion. While they failed to capture the city, Russian forces battered large parts of Chernihiv and the surrounding region in their attempted advance toward the capital. (Photo: Alexey Furman / Getty Images)

KYIV/WASHINGTON, Aug 4 (Reuters) - Ukraine said Russia had started creating a military strike force aimed at President Volodymyr Zelensky's hometown of Kryvyi Rih, as NATO moved closer to the most significant expansion of the alliance in decades as it responds to the invasion of Ukraine.

By Natalia Zinets and Patricia Zengerle

The U.S. Senate and the Italian parliament both approved on Wednesday Finland and Sweden’s accession to the 30-member North Atlantic Treaty Organisation (NATO). Under NATO membership, which must be ratified by all 30 member states, an attack on one member is an attack against all. Read full storyRead full story

“This historic vote sends an important signal of the sustained, bipartisan U.S. commitment to NATO, and to ensuring our Alliance is prepared to meet the challenges of today and tomorrow,” U.S. President Joe Biden said in a statement.

Russia, which invaded Ukraine on Feb. 24, has repeatedly warned Finland and Sweden against joining NATO.

Ratification could take up to a year.

Ukraine on Wednesday dismissed suggestions by former German Chancellor Gerhard Schroeder that Russia wanted a “negotiated solution” to the five-month war and said any dialogue would be contingent on a Russian ceasefire and withdrawal of its troops.

The South China Morning Post (SCMP) reported on Thursday that Ukraine was seeking an opportunity to speak “directly” with Chinese leader Xi Jinping to help end the war.

In an interview with SCMP, Zelenskiy urged China to use its political and economic influence over Russia to bring an end to the fighting.

“It’s a very powerful state. It’s a powerful economy … So (it) can politically, economically influence Russia. And China is (also a) permanent member of the U.N. Security Council,” the report quoted Zelenskiy as saying.

Ukraine on Wednesday night said Russia was engaged in considerable military activity in the east, northeast and south of the country and warned that Moscow could be preparing new offensive operations in southern Ukraine. Read full story

Dmytro Zhyvytsky, governor of Sumy region on the border with Russia, said three towns had been shelled by Russian forces on Wednesday, with a total of 55 missiles fired. There were no injuries, but homes and commercial premises were damaged.

Reuters was not able to verify battlefield reports.

Russia denies it targets civilians, but many towns and cities have been destroyed and thousands of civilians killed in the biggest conflict in Europe since World War Two. Ukraine and its Western allies accuse Russian forces of war crimes.

Russian President Vladimir Putin sent troops in Ukraine in what he said was a “special military operation” to rid the country of fascists. Ukraine and the West said Putin launched an unprovoked “imperial” land grab.

The war has sparked a global energy and food crisis. Russia and Ukraine produce about one third of global wheat and Russia is the main energy supplier to Europe.

An agreement between Moscow and Kyiv, brokered by the United Nations and Turkey, to allow safe passage of grain ships from Ukraine has been hailed as a rare diplomatic success in the war.

The first ship carrying Ukrainian grain since the war started passed through the Bosphorus Strait on Wednesday.

The ship, Razoni, left Odesa on the Black Sea early on Monday carrying 26,527 tonnes of corn to the Lebanese port of Tripoli. Read full story

Ukraine and Russia: What you need to know right nowRead full story

The Road to Stalemate in the Russia-Ukraine Warhttps://tmsnrt.rs/3zg0pGp