Premiership sides will have to fight valiantly to preve... 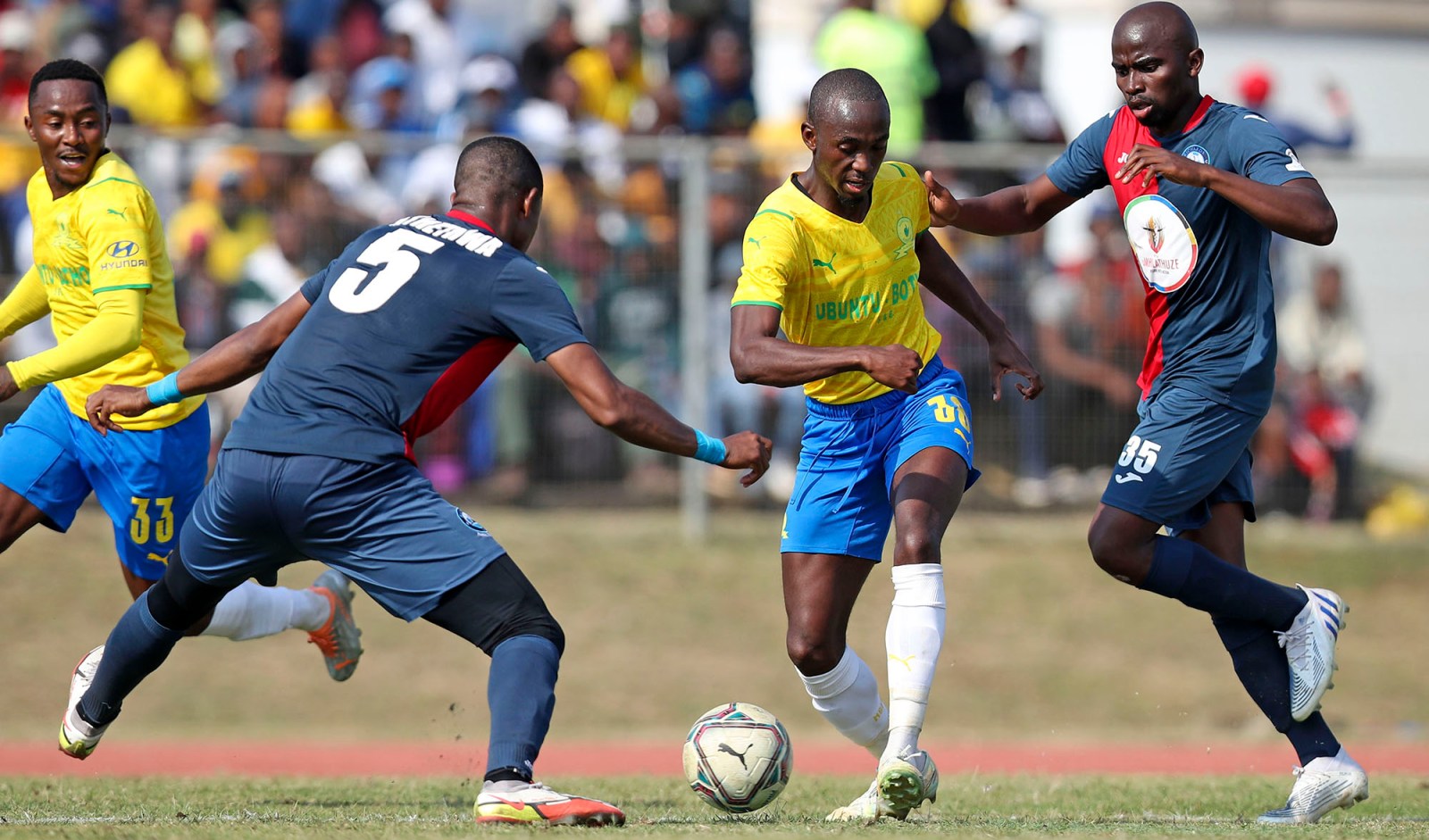 Who will derail Mamelodi Sundowns’ dominance as the domestic campaign kicks off?

As the new Premier Soccer League kicks into action on Friday, 5 August — following a two-month break — the prevailing discussion is on whether anyone can halt the dominant run of Mamelodi Sundowns.

Masandawana wrapped up the 2021/2022 season with 19 matches won from their total of 30 in the DStv Premiership, while they lost just three and drew eight.

That run sealed a record-extending fifth domestic league title in a row for the Tshwane giants, while stretching their overall league tally to 12 in the PSL era. The sides with the next-best haul are Soweto giants Kaizer Chiefs and Orlando Pirates, with just four apiece.

With all this considered, a Sundowns side settled on its philosophy and playing style is once again the favourite to add another league title to its trophy cabinet.

However, Sundowns co-coach Manqoba Mngqithi would prefer that his side is tested a bit more in the 2022/2023 season, rather than winning the title at a canter — as they did last season when the gap between them and second-placed Cape Town City was a mammoth 16 points after the dust had settled.

For all their dominant displays on the home front, where they sealed a treble by also clinching the MTN8 and Nedbank Cup, Masandawana flattered to deceive in the CAF Champions League.

The South Africans were mathematically the best-performing team during the group phase of last season’s Champions League, accumulating 16 points from a possible haul of 18. They also conceded the fewest goals (jointly), letting in just two (alongside Morocco’s Raja Casablanca and Espérance of Tunisia).

The 2016 African champions then came unstuck against the Angolan outfit Petro Atlético in the quarterfinals. Mngqithi believes that had Masandawana been better tested domestically, it might have helped them advance their continental aspirations.

“We’ve been doing well in the group stages, but who will remember that? We have to win the competition. Sundowns and Cape Town City are the representatives of the country [this season], so they have the bigger responsibility to make sure the trophy comes home,” stated the 51-year-old mentor.

Sundowns kick off their new campaign with a testing fixture against last season’s runners-up, City, on Friday, 5 August.

The Citizens were one side that the South African champions failed to vanquish in the league last time out — playing to two nil-all draws, although they did beat them on penalties in the MTN8 final.

Chiefs and Pirates, who remain the most supported football clubs in the country (despite their lean trophy hauls in recent years) will be keen to lead the way in halting the dominance of Masandawana.

The two Soweto sides have only won a single trophy between them in the past five years — when the Buccaneers picked up the MTN8 title in 2020. Prior to that, the Orlando outfit last won silverware in 2014.

Meanwhile, Amakhosi’s trophy drought dates back to 2015, under the tutelage of the team’s mentor last season — Stuart Baxter. After Baxter’s failure to bring back the glory days to Naturena, he was relieved of his duties towards the end of the previous campaign.

Club legend and one of the Englishman’s former assistants, Arthur Zwane, has taken over the reins on a full-time basis at the team, which ended last season in fifth place on the local league log.

Meanwhile, the Buccaneers have finally found a full-time replacement for German mentor Josef Zinnbauer. With the German’s abrupt departure, his former co-assistants Mandla Ncikazi and Fadlu Davids had to take over the steering of the ghost ship on an interim basis and led it to a sixth-place league finish.

Spaniard José Riveiro, who has previously predominantly coached in Finland, has been handed the task of trying to steer the Sea Robbers to their first league title since 2012.

To boost their efforts in this endeavour, Pirates have added Bafana Bafana striker Evidence Makgopa, who joined from the relegated Baroka. Midfielder Miguel Timm, who impressed with Marumo Gallants, has also been roped in.

In spite of this reinforcement and reshuffling drive by the Soweto sides, Mngqithi believes that Sundowns’ main challengers will be others.

“The teams who are in direct competition [with us] at this stage are Cape Town City, Stellenbosch and Royal AM,” he said. “These teams have been progressing very well as the seasons have gone by. I still expect them to cause a lot of problems [for us].”

“Other teams [such as Chiefs and Pirates] still have to fight to improve their positions from six to three. Others have to fight to move into the top half of the table,” said the former Golden Arrows mentor.

“I see that Pirates and Chiefs have signed a lot of good players. I [also] understand that it takes a little bit longer for the team to gel when it’s got a lot of new faces.” DM