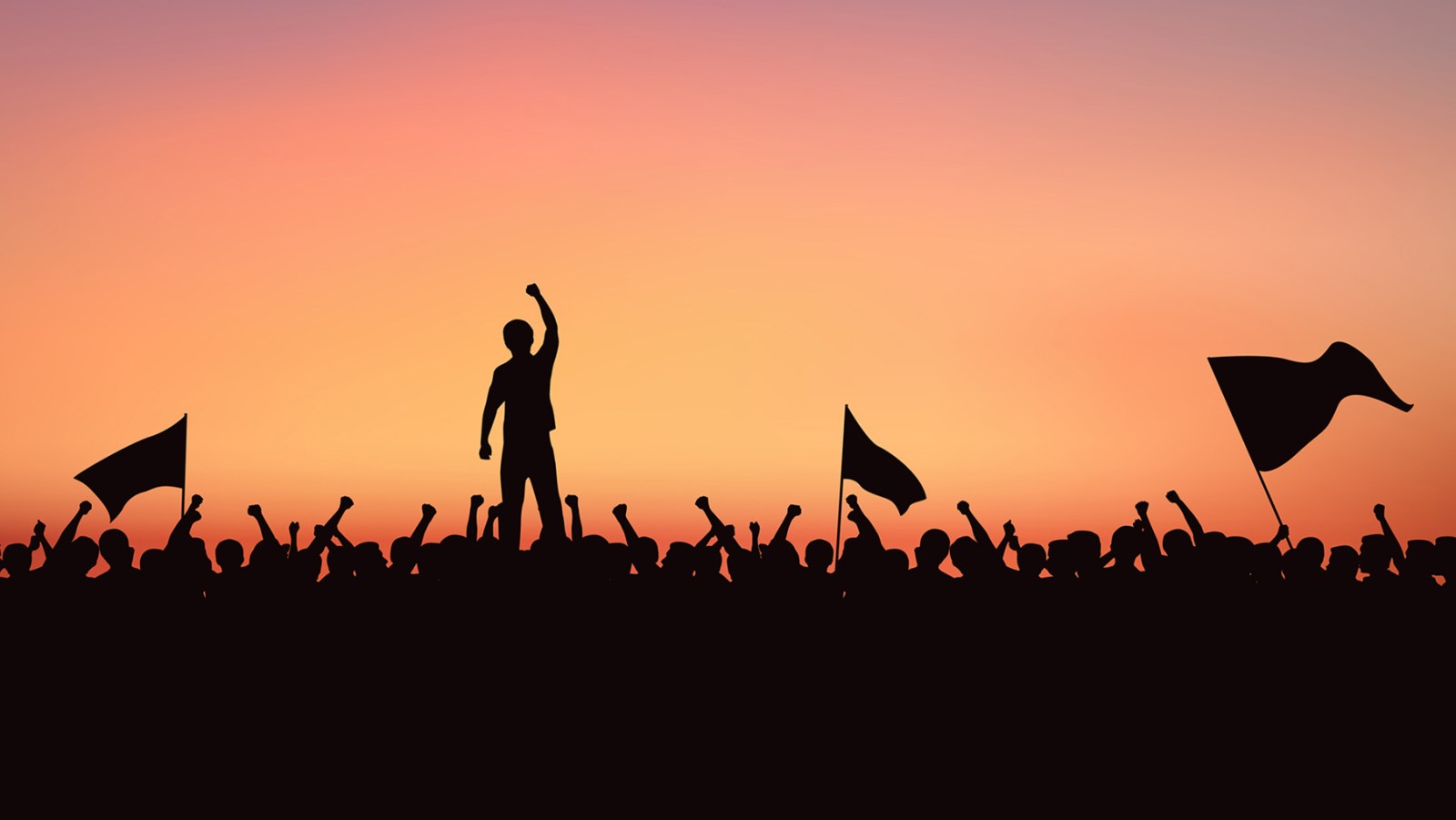 The planned Activist Exchange is an initiative that brings together hundreds of activists. (Photo: iStock)

On 9 August 2022, a coalition of activists and changemakers will dare to undertake the task of imagining and co-creating new paths. A planned Activist Exchange is an initiative that brings together hundreds of activists, communities, organisers and organisations to the Newtown and Braamfontein precincts of Johannesburg for a day of debate, engagement, solution and capacity building under the theme #PowertoAct.

In the face of mounting social and economic challenges such as crime, poverty, hunger, unemployment and the highest inequality in the world, we cannot continue down the same paths that brought us here. We have been rudderless as a country. A nation adrift like a ship at sea with no direction or impetus to move.

We find ourselves waiting. Each looking in the distance for some messianic other to rescue us. The politics of the day and the leaders it has produced look as tired and helpless as we feel.

Hope is in short supply.

Yet, as we contemplate the future, hope is the much-needed ingredient we must rebuild. It is impossible to create a better future without the ability to imagine it.

Otto von Bismarck once said about politics that it is the “art of the possible”. For him, politics was about being pragmatic in approach. Focusing on what we have rather than what we want. 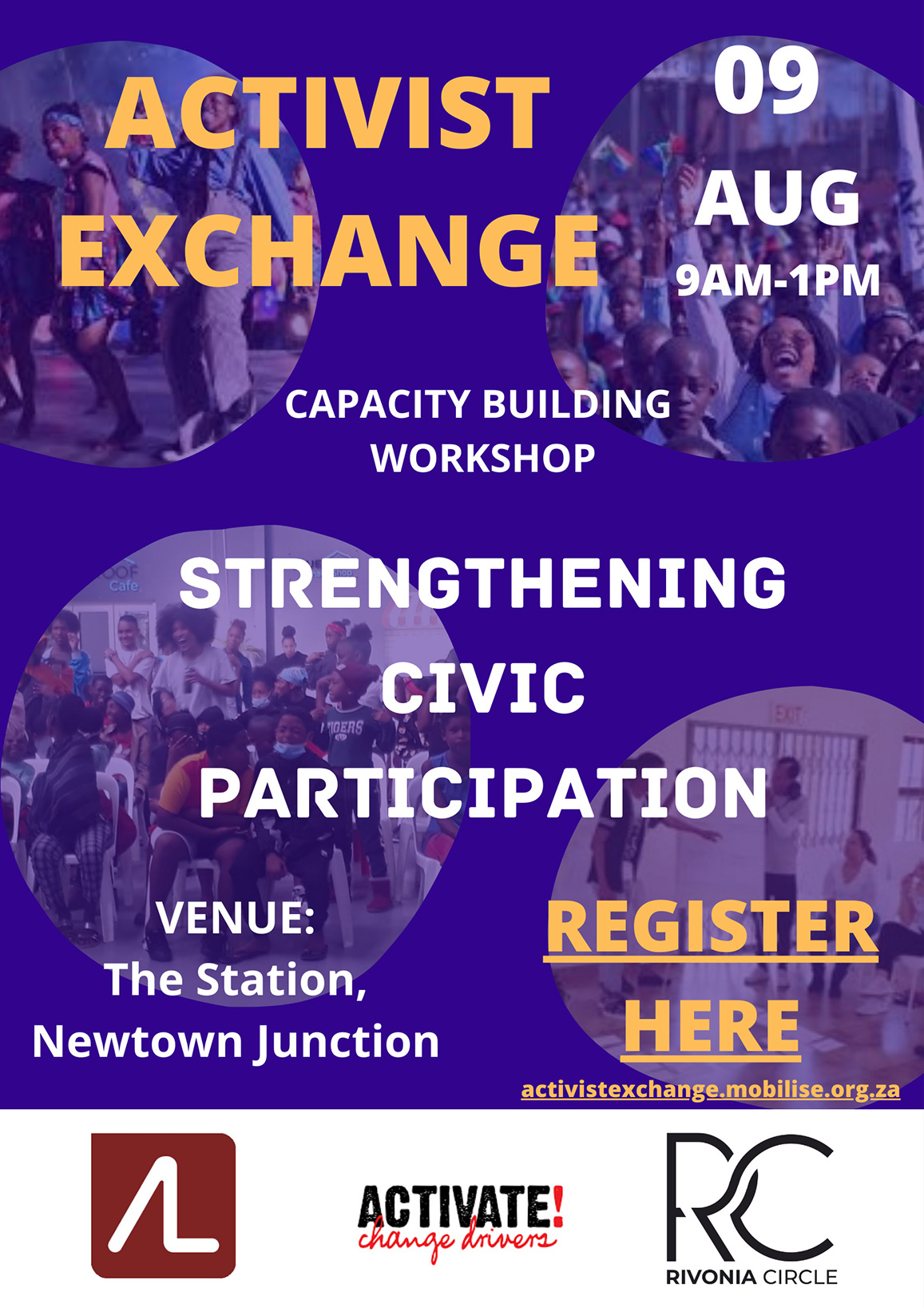 While this approach lends itself to much-needed immediate action, in a context of dysfunction, despair and disillusionment, our politics requires more praxis than pragmatism. Praxis, because we need to ideate before we use our power to act. We need to be animated by a true contestation of ideas.

We need to be energised by human creativity and connections. We need to find strength for the transformative actions we need in community with each other, armed with an arsenal of catalytic and courageous thinking.

We would benefit much more from the “Politics of the impossible, made possible”. A political culture where we are not afraid to reject the constraints of the times and will to dream of something better.

On 9 August 2022, a coalition of activists and changemakers will dare to undertake the task of imagining and co-creating new paths.

The planned Activist Exchange is an initiative that brings together hundreds of activists, communities, organisers and organisations to the Newtown and Braamfontein precincts of Johannesburg for a day of debate, engagement, solution and capacity building under the theme #PowertoAct. 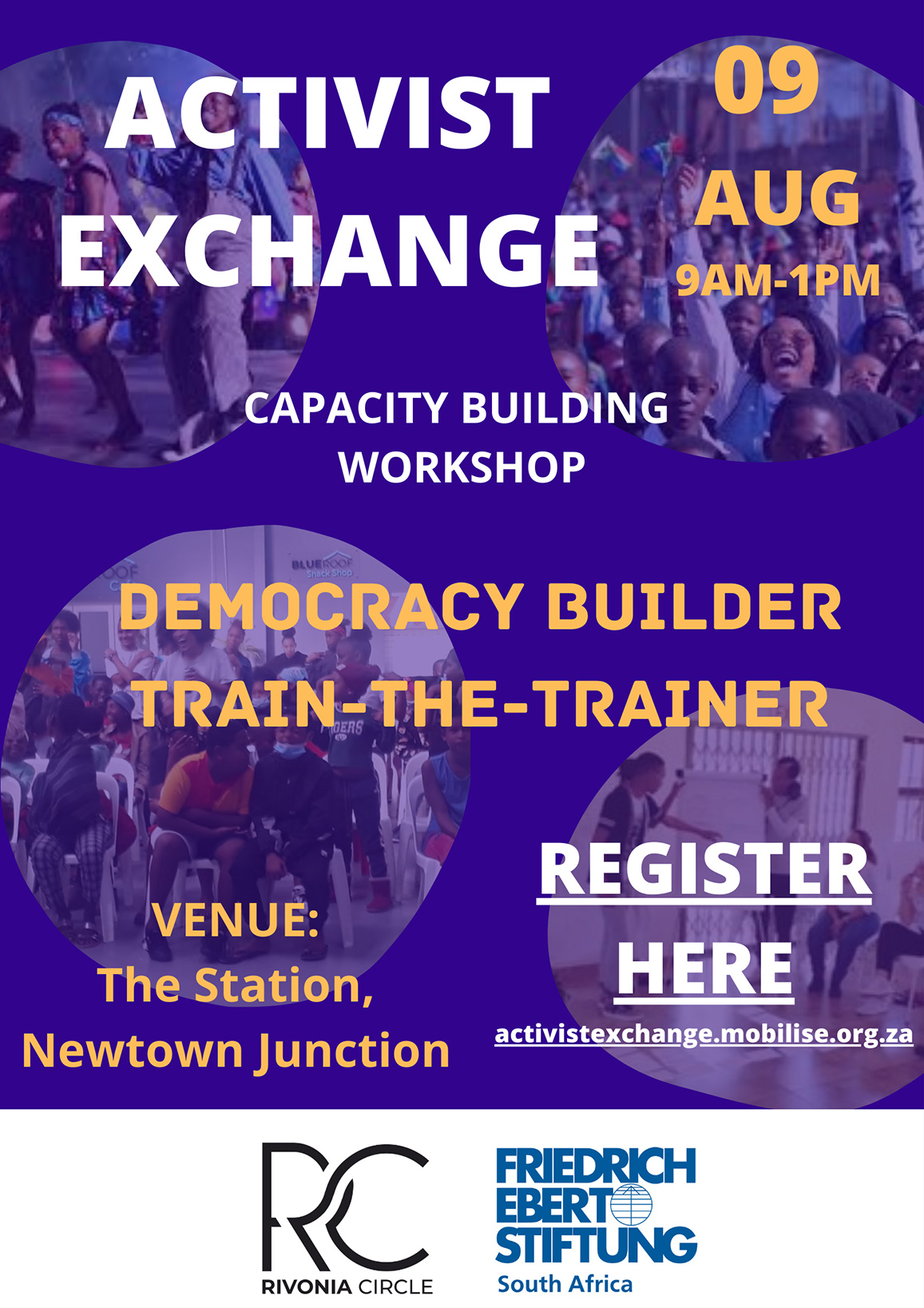 Ten collaboration and capacity-building sessions will be hosted from 9am to 1pm on Women’s Day, drawing together a diverse audience of activists. Although the event is not limited to the participation of women, as an ode to the Women’s March of 1956, all activists in attendance will participate in a Solidarity March, starting in Newtown and ending at the Constitution Hill. 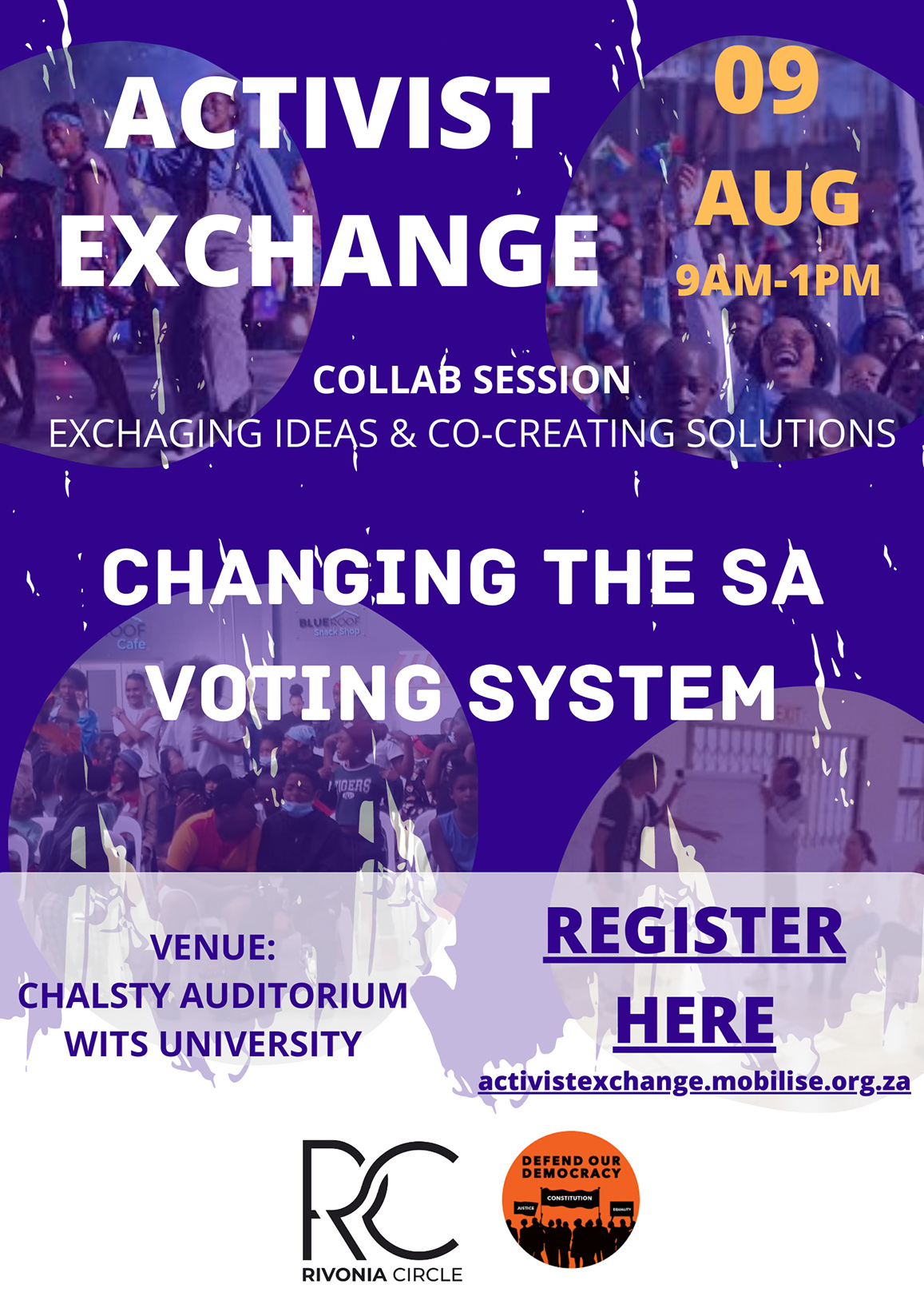 We pay tribute to the Women of 1956 who marched for the right for women, from all backgrounds, to participate in governance through the vote; at the Solidarity March, we the people will march together for greater participation in our democracy beyond the vote.

The vote was hard fought for and won, but we must require more than the right to vote. Our participation must be meaningful in the days, months and years before or after voting. 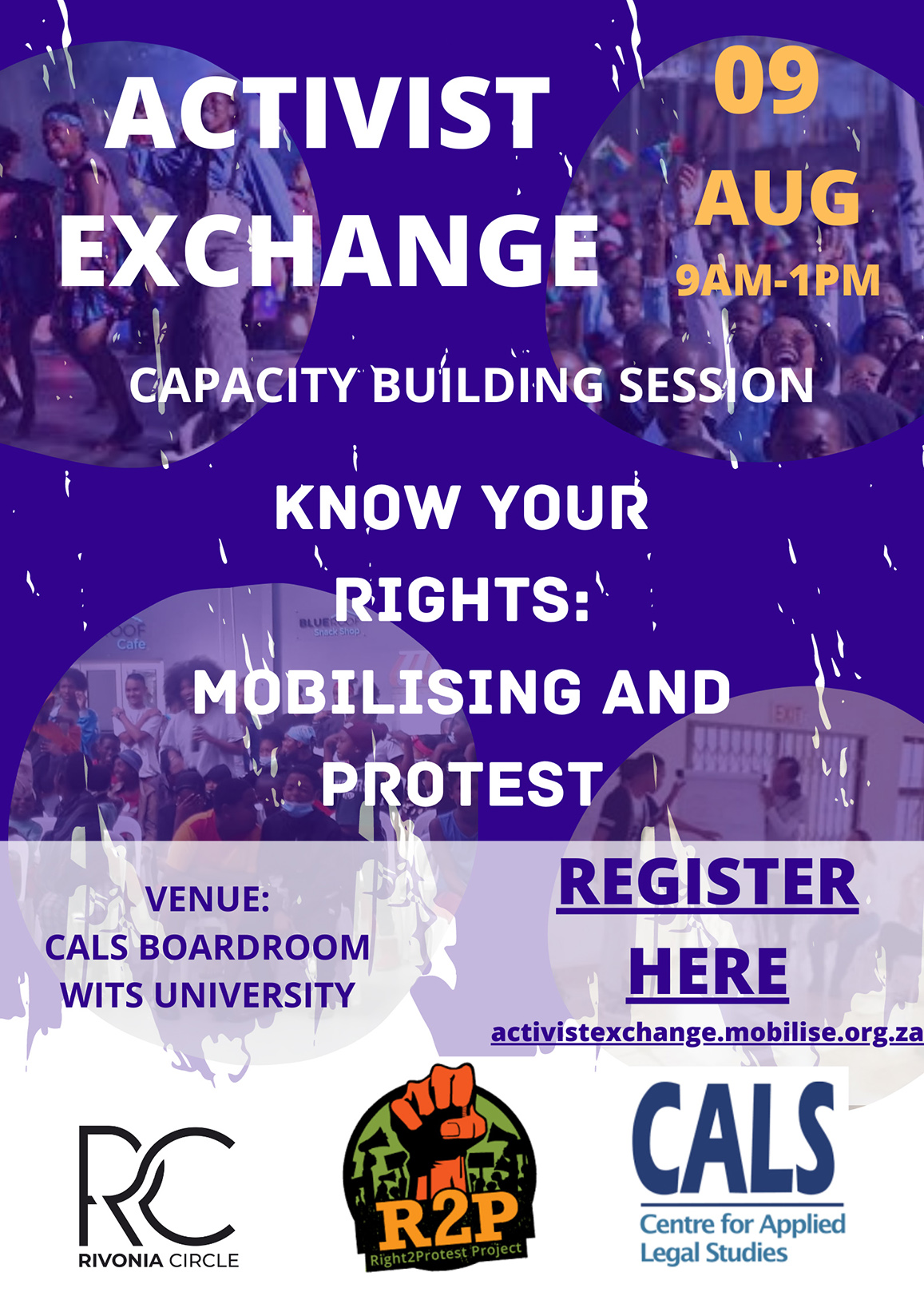 The Activist Exchange is an effort to contribute toward new cultures of politics that insists on having “people’s power” firmly at the centre of our democracy. A call to action that inspires different and collaborative approaches to advancing “project South Africa”.

We all have the power to act and must deliberate as often and robustly as possible about the ways to make our many efforts reach the same goal: a better, functional, fairer, more just society that prioritises the well-being of all people.

A new path is possible.

A path that may yet not exist.

A path that many will need to carve out together.

A path that requires unlearning, disruption, rebuilding and solidarity in ways that are more progressive than imagined before. The impossible must be coveted first, then only can we convert it into the possible. 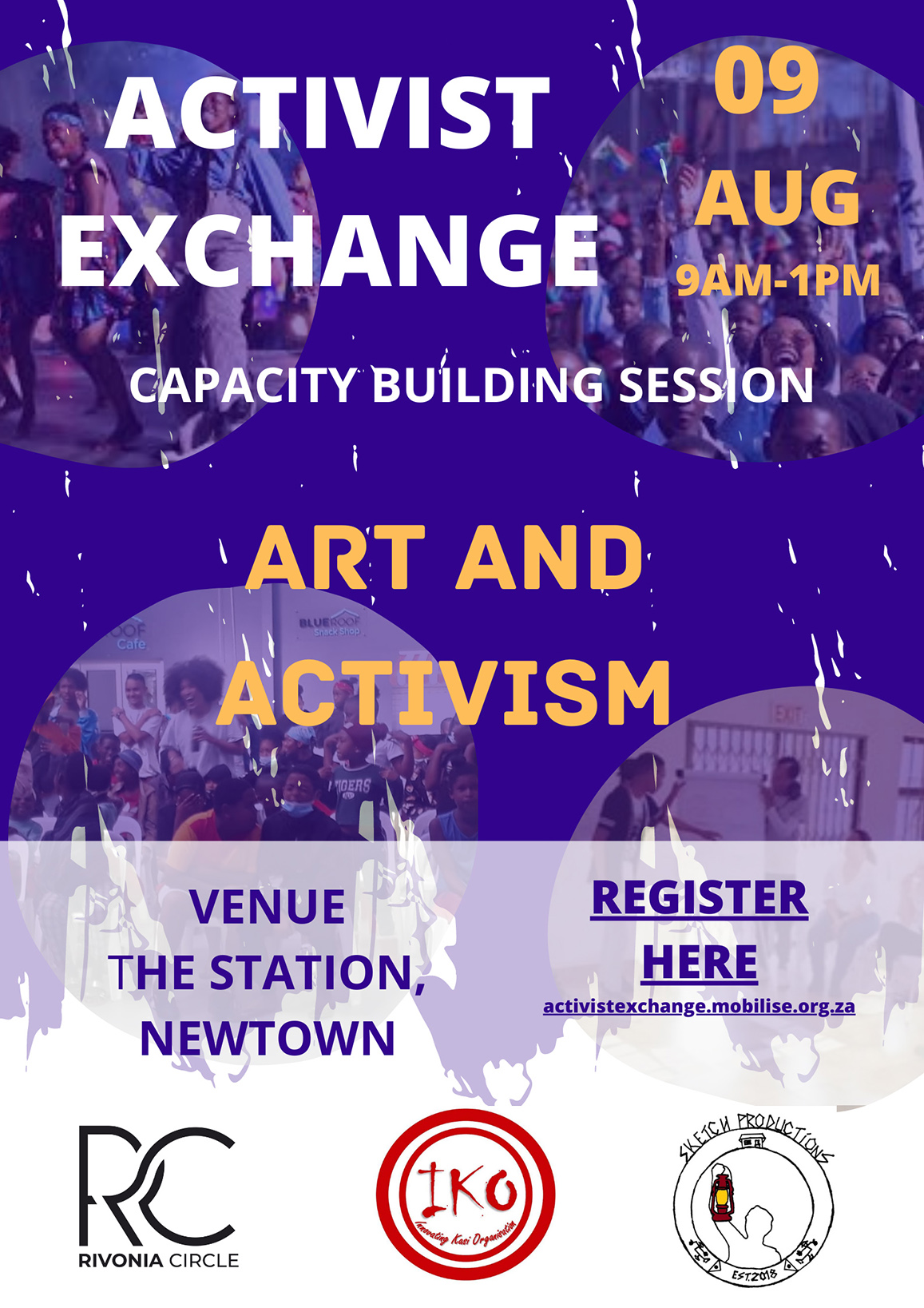 We invite all people who are committed to strengthening democracy and advancing toward a better South Africa to REGISTER HERE participate in the Activist Exchange. DM/MC

Tessa Dooms is a Director at Rivonia Circle. As a development worker and social commentator she has worked in the field of politics and governance for 10 years with a focus on youth participation.