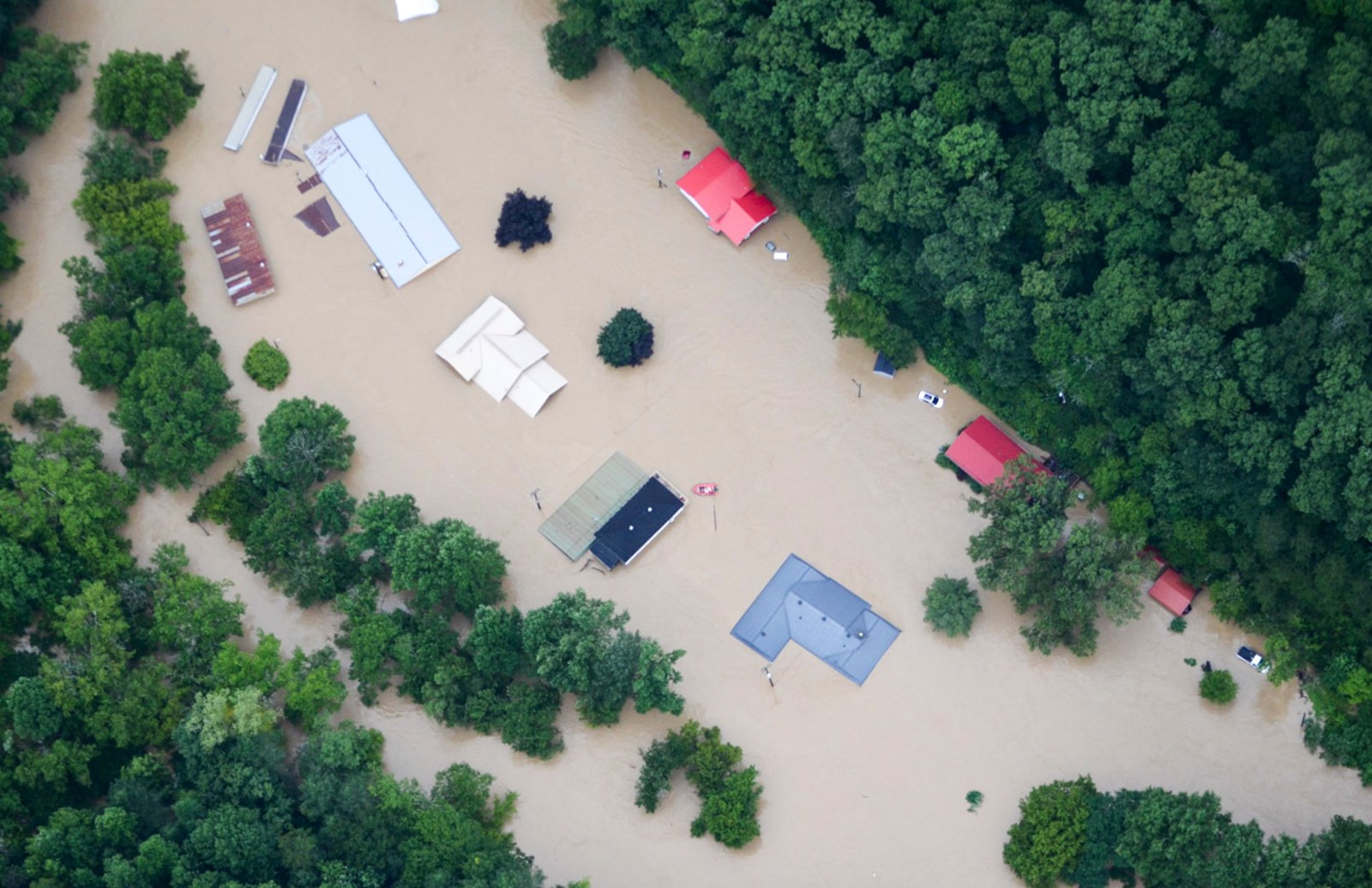 Beshear on Monday morning confirmed 30 deaths, followed by five more in an afternoon briefing, when he said there would be yet more to come. Hours later he confirmed on Twitter there had been two more deaths.

Authorities continued to work to rescue residents and provide food and shelter for thousands who had been displaced. Efforts have been hampered by weather conditions, officials say.

Many residents had been unprepared for heavy downfall overnight, leading to more deaths, Beshear said. For people remaining in Eastern Kentucky, he advised seeking higher ground ahead of evening storms.

“It is a continuing natural disaster. We are still searching for people,” Beshear said in a CNN interview. “A large amount of grief throughout Kentucky.”

Beshear, who declared a state emergency last week, said over the weekend that authorities would likely “be finding bodies for weeks” as teams fanned out to more remote areas.

Days of heavy rainfall – described by Beshear as some of the worst in the state’s history – caused some homes in the hardest-hit areas to be swept away. Video clips posted online showed rescue teams guiding motor boats through residential and commercial areas searching for victims.

The Wolfe County Search and Rescue Team on Sunday published footage on Facebook of a helicopter lifting an 83-year-old woman from the roof of a home almost completely submerged. This was part of a five-person rescue.

At least 16 deaths were reported in Knott County alone. The bodies of four children, between ages 18 months and eight years, were recovered Friday afternoon. A fast current had swept them out of their parent’s grip, a family member told the Lexington Herald Leader.

“The mother and father was stranded in the tree for 8 hours before anyone got there to help,” Brittany Trejo said.

Also among the dead in Knott County was Eva Nicole “Nikki” Slone, a 50-year-old who ventured out on Thursday to check on an elderly friend, according to her daughter.

Slone’s body was recovered the next day near home.

“My mom was a very caring woman,” Misty Franklin told the newspaper.

The floods were the second major disaster to strike Kentucky in seven months, following a swarm of tornadoes that claimed nearly 80 lives in the western part of the state in December.

President Joe Biden declared a major disaster in Kentucky on Friday, allowing federal funding to be allocated to the state.

Power lines were widely damaged, with more than 8,000 households remaining without power on Monday afternoon, according to PowerOutage.US. But that was down from 15,000 on Monday morning.

Among the various charitable efforts springing up to help flood victims is one by the University of Kentucky men’s basketball team.

The team, one of the most decorated in college sports, said it would open practice for a telethon for Kentucky Flood Relief Tuesday evening.

By Kanishka Singh and Tyler Clifford

(Reporting by Kanishka Singh in Washington and Tyler Clifford in New York;Editing by Mark Potter, Aurora Ellis and Bradley Perrett)