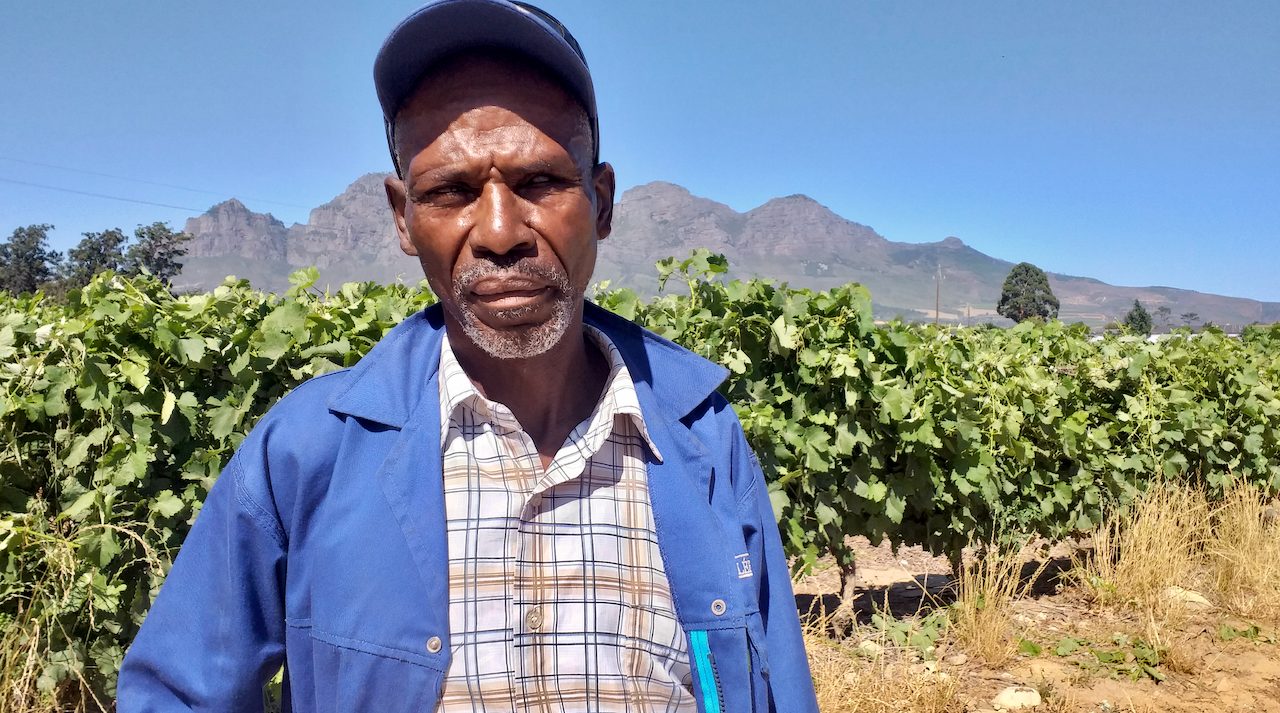 The Western Cape High Court has ruled in favour of Eric Lolo who went to court to hold the Drakenstein Municipality accountable for emergency housing for people evicted from farms. (Archive photo: Barbara Maregele)

The Western Cape high court has found that the Drakenstein Municipality failed in its constitutional duty to provide emergency housing for people evicted from farms.

In 2015, former farm worker Eric Lolo was served with an eviction order by Greenwillows Properties, which owns Langkloof Roses farm in Wellington, where he was staying with his daughter, Berenice Fransman, and her child. While Lolo has since found employment on another farm, his daughter and grandchild still live at Langkloof.

Lolo applied to the high court on behalf of himself and others living in rural areas, hoping to hold the municipality accountable for the provision of emergency housing.

Acting Judge Bernard Martin ruled on 28 July that the municipality had failed and ordered it to make provision for emergency housing. The ruling reiterated that the Constitution “confers on everyone a right of access to adequate housing”.

Judge Martin found that the municipality did not provide the “factual basis” for a claim that it didn’t have funds to meet its obligations. The judgment noted that in 2016 the municipality had only budgeted R1-million for emergency housing from a total budget of over R2-billion.

Citing a 2016 housing report by the municipality, the judge said that the demand for housing during this time was about 19,500, and between 400 and 800 formal houses were created every year by the municipality with funds from the provincial government.

Martin said that the court should supervise the implementation of the order and the municipality must submit reports on its progress.

“The Municipality’s malperformance, particularly concerning emergency housing, is characterised by a failure to implement proactive planning measures, as well as those plans which it did formulate, being scuppered by its failure [to] self-fund,” the judgment read.

Drakenstein Municipality’s Executive Director of Planning and Development, Jacqui Samson, said in response to GroundUp’s queries, that the ruling did “not take proper cognisance of the municipality’s reliance on the mechanism in the Division of Revenue Act for its funding”.

Samson said the court failed to give proper weight to the “lack of availability of land” and the fact that alternative land earmarked for emergency housing was unlawfully occupied. She said the judgment failed to mention that Lolo had been offered alternative accommodation and relocation assistance but had rejected these offers.

The municipality is considering the way forward, Samson said.

Women on Farms Project (WFP), represented by the Legal Resources Centre and admitted as amicus curiae (friend of the court), welcomed the judgment in a statement. The ruling, said WFP, would have “far-reaching and positive applications for all evictees, especially those facing eviction from farms across South Africa”.

WFP said that Drakenstein is regarded as a “farm evictions ‘hotspot’ … where thousands of farm dwellers are currently facing eviction”. DM