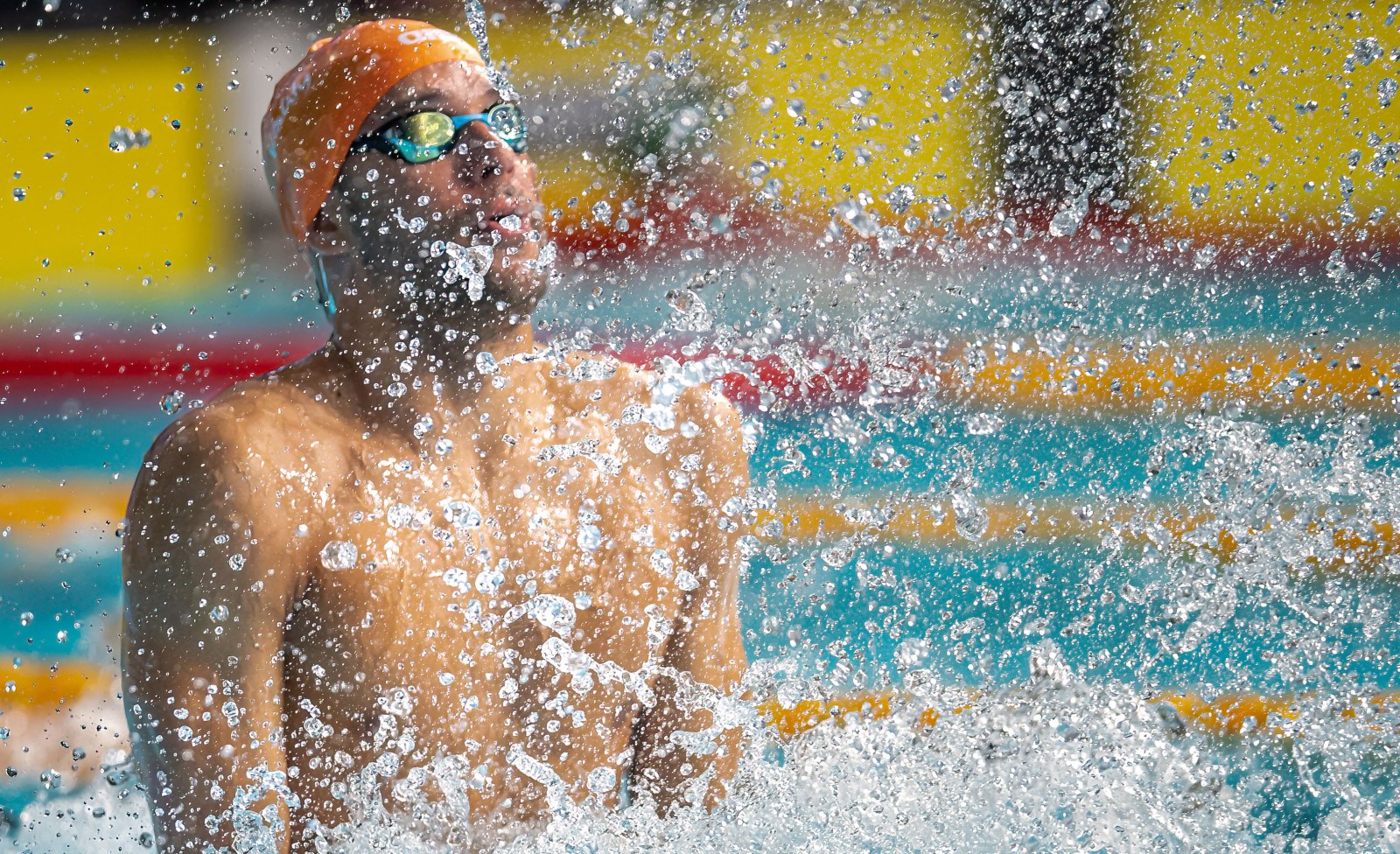 Chad le Clos of Team South Africa during previews ahead of the 2022 Commonwealth Games at Sandwell Aquatics Centre on 26 July 2022 in Birmingham, England. (Photo by Anton Geyser/Gallo Images)

Chad le Clos is at the stage of his career when he knows what the next chapter is all about: “My legacy. I might be 30 and some people might have written me off, but don’t do that. Never do that.”

The South African swimming star cut a relaxed but determined figure in the athletes’ village at the University of Birmingham, his base for the 2022 Commonwealth Games where he bids to rewrite the history books. Two medals are what he needs from these Games.

Only a month ago, the vultures were circling – again. “Le Clos a SHOCK no-show for 200m butterfly,” online media screamed when he withdrew from the Fina World Championships in Budapest. Many openly questioned whether or not his glory days were firmly behind him.

A month earlier, he had told the Mail&Guardian he suffered depression in 2021, to the extent that “there were times where I was sitting in my room just crying by myself. I didn’t know why I was like that.”

But Le Clos remains feisty and adamant that, in his fourth Commonwealth Games, at Birmingham, he will be back on the podium.

“Us Pinetown boys are resilient,” he says, highlighting his earlier days in the KwaZulu-Natal town 20km outside Durban.

Le Clos was in his matric year at Westville Boys’ High when he won double gold at the 2010 Commonwealth Games in Delhi. Since then he has gone on to win 15 more Commonwealth Games medals, leaving him on 17 and one short of Australian sports shooter Phillip Adams as the most prolific Games medallist.

Two medals would make him the most decorated Commonwealth Games athlete of all time with 19.

“People seem to think that if I don’t win a gold medal, I have somehow failed,” Le Clos says. “Getting beaten still hurts like hell, but people don’t know the backstory to what’s been happening in the past few years.

“Even this year, for the past six, seven months, I have constantly been on antibiotics for severe sinusitis. I’ve had bronchitis four or five times. I’ve been on so many courses of antibiotics and every time I start to feel vaguely human again, I seem to be hit with another wave.

“And last year was a complete write-off. I don’t want to go into it because it’s not for anybody else to know. But it was something so deep, it was worse than my parents having cancer and this was worse for them.

“So, healthwise, I haven’t been good. I’ve seen doctors and specialists and all they give me is antibiotics. That’s why I withdrew from the World Championships. I’ve got this constant tightness in my chest, and my sinuses and breathing only allow me to go 60 to 70%.”

However, he says that he will go to dark places to be­come the most decorated Commonwealth Games athlete of all time in Birmingham.

At Glasgow in 2014, Le Clos went past Australia’s Ian Thorpe as the swimmer with the most Commonwealth Games medals and he added five more to that tally on the Gold Coast in 2018.

“I’ve been thinking about these Commonwealth Games for a long time,” he says. “I need two more gongs and I feel fairly confident that, despite the setbacks, I will achieve my target in Birmingham.

“To be honest, I should have done so before now but what people must remember is that South Africa hasn’t always had relay teams at the Games.

“Thorpe won six individual medals at the Commonwealth Games and I’ve already won seven individual golds. I’ll be looking at medals in the 100m and 200m butterfly to push me past the all-time record of 17 and hopefully also pick up a couple more.

Speaking about his Commonwealth Games journey, Le Clos says he was “shocked” at what he achieved in India.

“I went there wanting to win a medal but I won two butterfly golds. That gave me confidence… You know what happened two years after that at the London Olympics! I was confident! Then, two years after that, Glasgow came round and I won double gold again, went past Thorpe’s swimming landmark and won seven medals in total.

From the outside, you always see Le Clos smiling; but, on the inside, he’s a fighter who never gets used to defeat.

“It hurts every time I lose, and for me coming second is losing. But it can’t always be about gold medals and I think that, at the age of 30, I have finally come to accept that.

“Which doesn’t mean I’m here in Birmingham to race for silver and bronze, and the same applies to the 2024 Paris Olympics, even if some have suggested I will be too old by then.

“My father tells me that even a Ferrari has to come into the pits to change its tyres every now and then.

“It has taken me a long time to accept that I’m no longer that teenager who won gold in Delhi 12 years ago. But I still have that competitive fire and ambition.”

Le Clos points to the emergence of rising teenage stars Matthew Sates and Pieter Coetze and says he can recognise some of himself in them.

“I have said for quite a while now that the depth of South African swimming is more impressive than it has been for many, many years,” Le Clos says.

“Apart from Sates and Coetze, we also have women swimmers coming through. You all know about Tatjana Schoenmaker, but there’s also Kaylene Corbett and Lara van Niekerk in the women’s breaststroke events. Tatjana emerged on the scene on the Gold Coast four years ago and then won gold at the Tokyo Olympics.

“This is what the Commonwealth Games does for us – it’s a springboard to the Olympics and you can be sure that we will be seeing a couple of Paris 2024 medallists in Birmingham. And don’t count me out of that discussion either.” DM