SA soccer queen gets her jewel in the crown with Banyan...

Banyana victory is jewel in crown for SA soccer queen 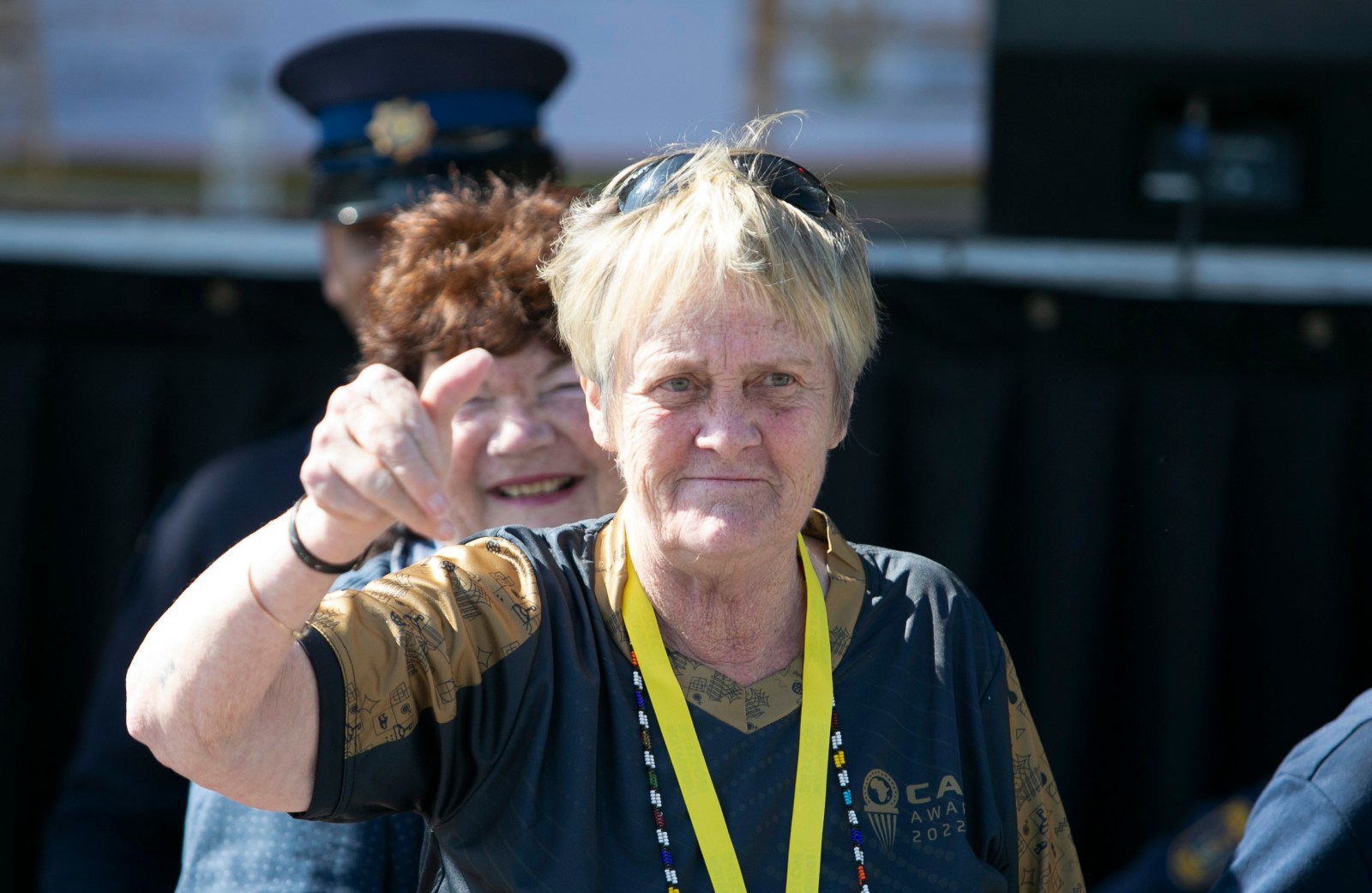 Fran Hilton-Smith at OR Tambo international airport at the arrival of Banyana Banyana after their victory in Morrocco. (Photo:Felix Dlangamandla/Daily Maverick)

Wafcon win is a priceless reward for Fran Hilton-Smith, a fearless pioneer of the women’s game

It seems wholly appropriate that Fran Hilton-Smith was ferried, in the style of a royal family member in a sleek black transporter, to the Women’s Africa Cup of Nations (Wafcon) final in Morocco.

She sat among the VIPs, drinking in the drama and revelling in the satisfaction of seeing a lifelong ambition achieved as South Africa won the Wafcon title for the first time on Sunday 21 July.

Hilton-Smith is a pioneer of the women’s game in South Africa and her 40-year association with women’s soccer has been instrumental in getting Banyana Banyana to where they are today. She was previously Banyana’s coach and, most prominently, technical director of the women’s programme at the SA Football Association (Safa). She vacated that role three years ago and still has not been formally replaced.

During her time at Safa, Hilton-Smith oversaw the issuing of 27 A licences to women coaches in South Africa from the Confederation of African Football – the most in Africa. Although officially retired, Hilton-Smith remains on the continental governing body’s technical committee.

This has been a heady time for her, with the triumphant arrival back of the team and array of media interventions. And so it should be after the achievement of not only having won the continental crown but also booking a return to the Women’s World Cup, which will be played in Australia and New Zealand next year.

Amid all the celebrations there would have been little chance for reflection, but Hilton-Smith deserves all the recognition that is finally coming her way after proving a solo, dogged and determined fighter in the cause of female football.

She had to deal with a constant barrage of hurdles and obstacles, and a level of condescending male obstinacy that lends much irony to the images of administrators and sports politicians fawning over Banyana Banyana this week.

“It’s unbelievable in my lifetime. We’ve waited 27 years for this moment, to bring the trophy home,” she said this week.

It is almost 10 years since the then Fifa president Sepp Blatter declared: “The future of football will be feminine” – a message that has taken even longer to resonate in South Africa.

It was not that long ago that Safa were entering women’s teams in international competitions to prove their fidelity to Fifa – but then only providing scant resources for the teams.

The women had to battle even to get kit from Safa. For years they had two T-shirts and a tracksuit for each player – which went back home with Hilton-Smith and her partner Dara Carroll for washing and ironing after every training session. They recycled every piece of it for five years before Safa finally handed over some new equipment.

More shockingly, Hilton-Smith had to endure physical and verbal threats as she pushed for better recognition of the women’s game, and even a bullet through the window of her home in a mind-numbing battle for control of women’s football.

Hilton-Smith had been among the leaders of the South African Women’s Football Association, an independently formed association that affiliated to Safa after Fifa membership was restored in 1992.

But, a few years later, when it was assumed there may be some money to be made, suddenly a new women’s organisation – run by men – emerged, disrupting tournaments by arriving with rival teams and eventually winning recognition from Safa.

Her opposition to this new body, some of whose members were accused of sexual harassment, led to a drive-by warning shot through a window at the back of her house. Hilton-Smith eventually took Safa to court to ensure the right administrators were put in place to run the women’s game, forcing the puffed-up leadership down a peg or two.

Progress in parity of resources and opportunity has been made, but is painfully slow and is still hugely disproportionate to what the men’s teams receive.

“Can you imagine Bafana players sharing their boots? They’ve got suppliers throwing boots at them,” Hilton-Smith says.

Winning the Women’s Africa Cup of Nations should change things now that Banyana have conquered a whole new audience of admirers and offered a major fillip to women’s sport.

“This is what the girls deserve; they’ve really worked hard for it,” adds Hilton-Smith.

But, as she points out, no one has been appointed to replace her in charge of women’s football at Safa since she left three years ago.

Safa have also cut the intake of girls to the High Performance Centre academy, which produced 14 of the players in last week’s winning squad.

And it remains to be seen whether Danny Jordaan’s promise of about R9-million for the team to share after beating Morocco will materialise.

This week has been filled with platitudes and promises, but when it comes to women’s football, little happens without a dogged fight. DM