Women volunteers clean up dumps in Delft after dead bod... 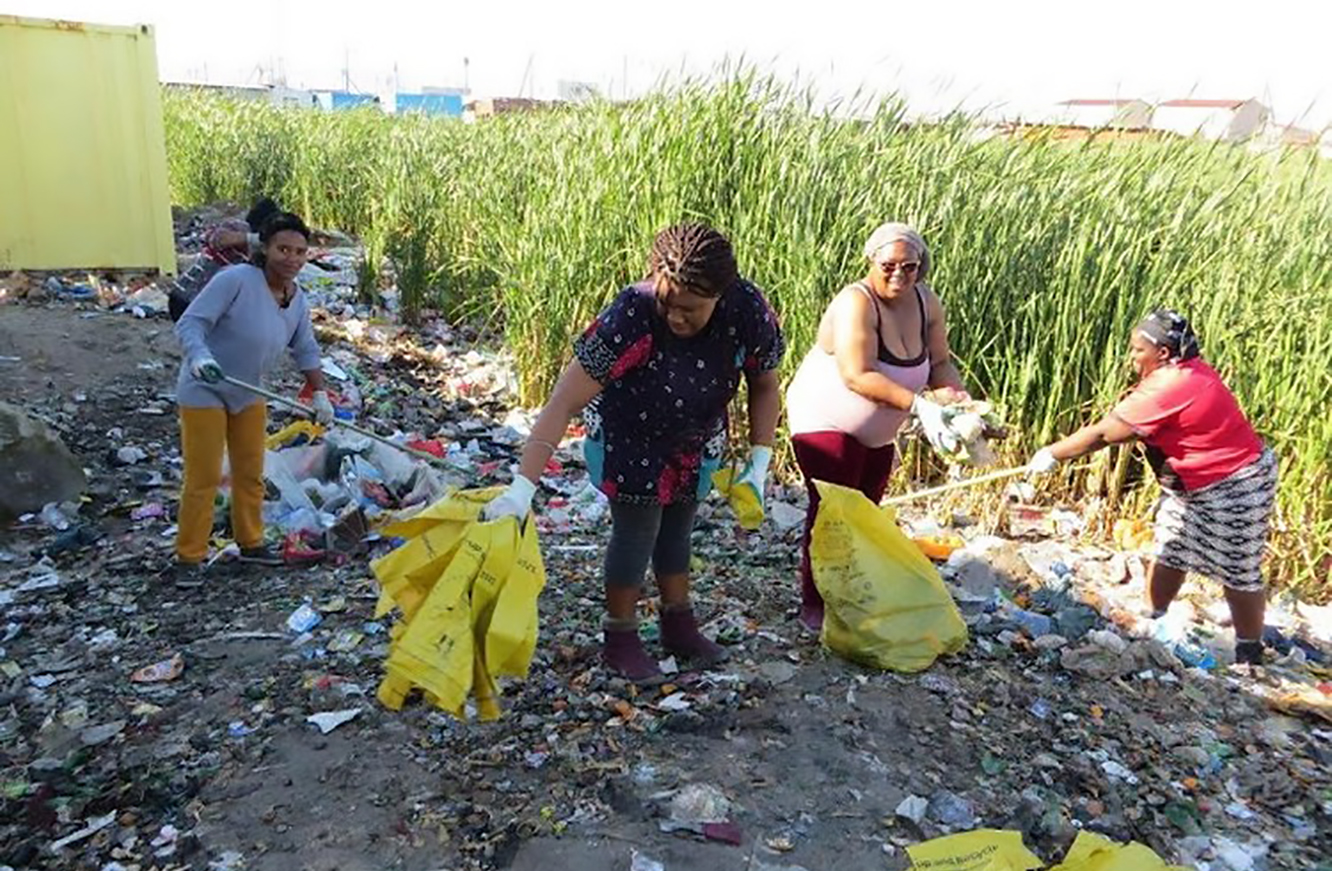 'We want to stay in a clean environment', say volunteering cleaners.

When someone dumped a dead body on an illegal dump in Delft, Cape Town, three months ago, Nomsobo Gabhayi and a group of other women decided to take action.

Every Saturday from 9am to 1pm, the women collect rubbish and clear illegal dumps in Section 29 in Delft.

She said vegetable vendors and owners of barber and spaza shops discard rotten vegetables, hair and expired food on the dumps.

Community leader and volunteer Nosicelo Bobi said the cleaning initiative is aimed at discouraging littering. “We want to stay in a clean environment,” she said. “If everyone gets involved, we will not have illegal tips here.”

The volunteers watch over the spots they have cleaned. “We shout at residents who try to dump rubbish again,” said Bobi.

“Some residents shout back at us and say we act as if we are City officials, but we stand our ground.”

They put the collected rubbish in bags from Plastic SA and burn it, she said.

Bobi said she and other residents did not have wheelie bins.

“I go to another area, look for a half-full wheelie bin and put my rubbish in,” she said. Bobi said not all wheelie bins are emptied by the City of Cape Town.

Bukelwa Wanyaza, also a volunteer, said some people took their bins to areas where the bins were emptied, but then sometimes the bins were stolen. Some residents emptied their bins on dumps.

“If the truck were coming here to collect our rubbish, and if everybody had a wheelie bin, this place would not be so dirty,” she said.

In response to GroundUp’s questions, the City of Cape Town said staff had been instructed to do door-to-door rubbish collections.

“We have also collected details from a number of households with damaged bins and will be replacing 60 bins this week,” the City said. “It is hoped that this will indeed resolve the dumping issue.”

“If dumping persists, Urban Waste Management is open to exploring ways to assist those who are performing clean-ups.” DM