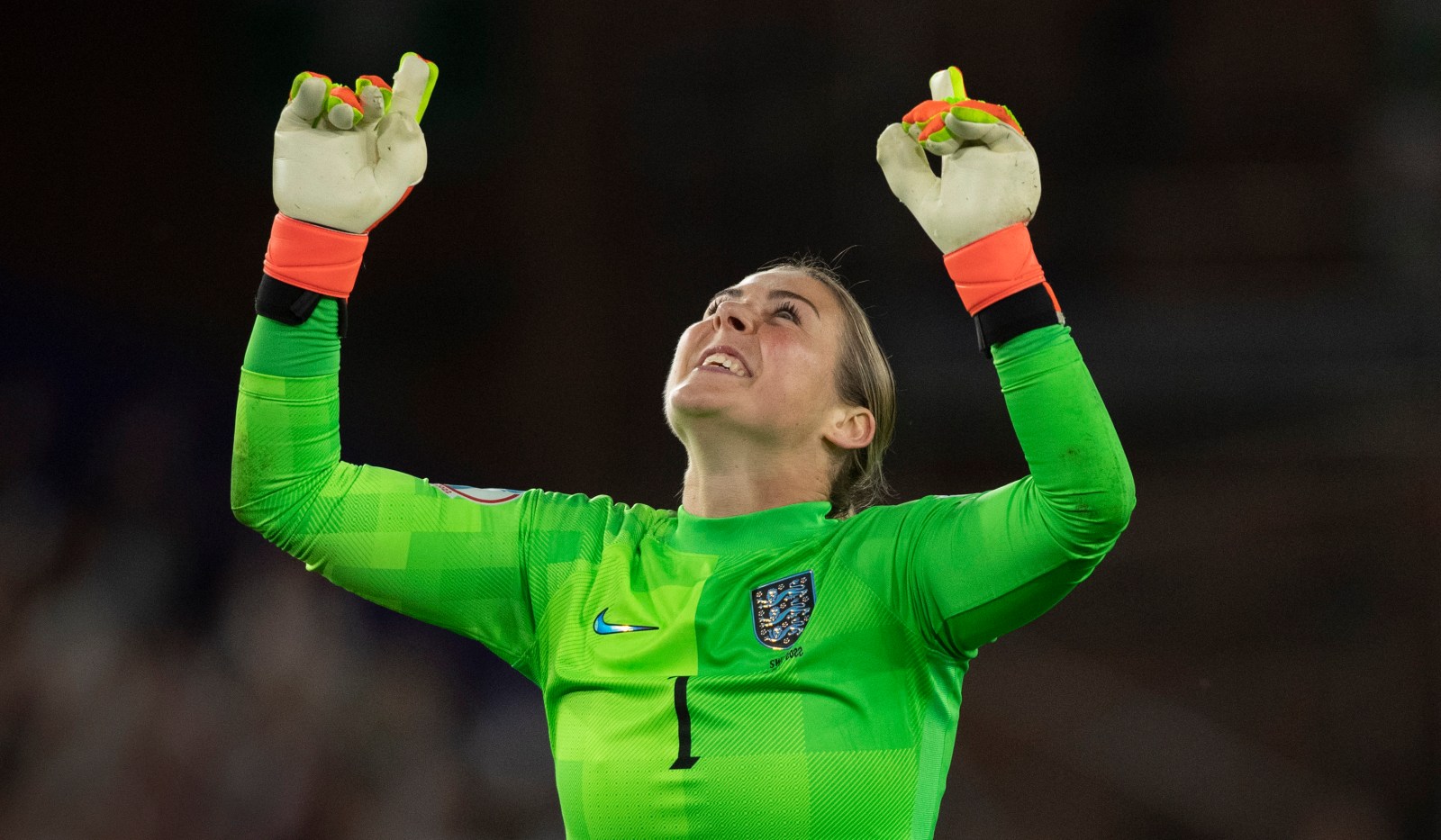 England’s Mary Earps said swapping tips with fellow Manchester United goalkeeper David de Gea helped lift her performances to a new level at the European Championship as the Lionesses reached their first major final in over a decade.

Earps made a number of early saves to keep Sweden at bay in the semi-final before Sarina Wiegman’s side eventually cruised to a 4-0 victory in Sheffield and set up a showdown with record European champions Germany at Wembley stadium on Sunday, 31 July.

The 29-year-old was called into action inside the opening 30 seconds and denied Sofia Jakobsson with an outstretched left leg at close range, in a save that bore all the hallmarks of Spanish international De Gea.

“I’ll take that comparison, no problem at all,” Earps told British media in a pre-match press conference, adding that she received a congratulatory message from De Gea after the final whistle at Bramall Lane.

“Me and David speak a little bit. We message back and forth about results and clean sheets and stuff. At Manchester United, he’s really supportive of the women’s game. It’s always nice to have his backing,” added Earps.

“It’s really important as a ‘keeper that you develop your own style though, because not everything works. You might see something on TV but it may not work for you. Everyone’s built differently, we all have different strengths.”

Earps, who has conceded only one goal in England’s five games so far, said she is relishing the chance to shine on the big stage after missing out on selection for last year’s Tokyo Olympics under interim boss Hege Riise.

Having fallen behind youngster Ellie Roebuck in the pecking order under previous manager Phil Neville, Earps re-entered the fold after a calf injury to the Manchester City goalkeeper and earned her first cap for nearly two years under Wiegman last September.

“I’m absolutely loving playing at this level. It’s such a fantastic feeling. I’m just so proud I can be a part of this England team. My teammates have said some really nice things — some amazing things — about me and that just means the world. I want to be the best I can be for them,” Earps stated.

All to play for

Earps and her teammates will have their work cut out if they are to halt the lethal Germans, who boast eight European titles to England’s zero. Germany have won all four Women’s Euro meetings between the nations, scoring 15 goals and conceding just four.

The English are out to become just the fifth nation to have ever lifted this trophy. Aside from Germany’s eight titles, Norway have triumphed twice. Meanwhile, Sweden and the Netherlands have each enjoyed a single success.

The final is to kick 0ff at 6pm SA time on Sunday. DM/Reuters