Residents of dilapidated hostels say ANC has abandoned them since 1994 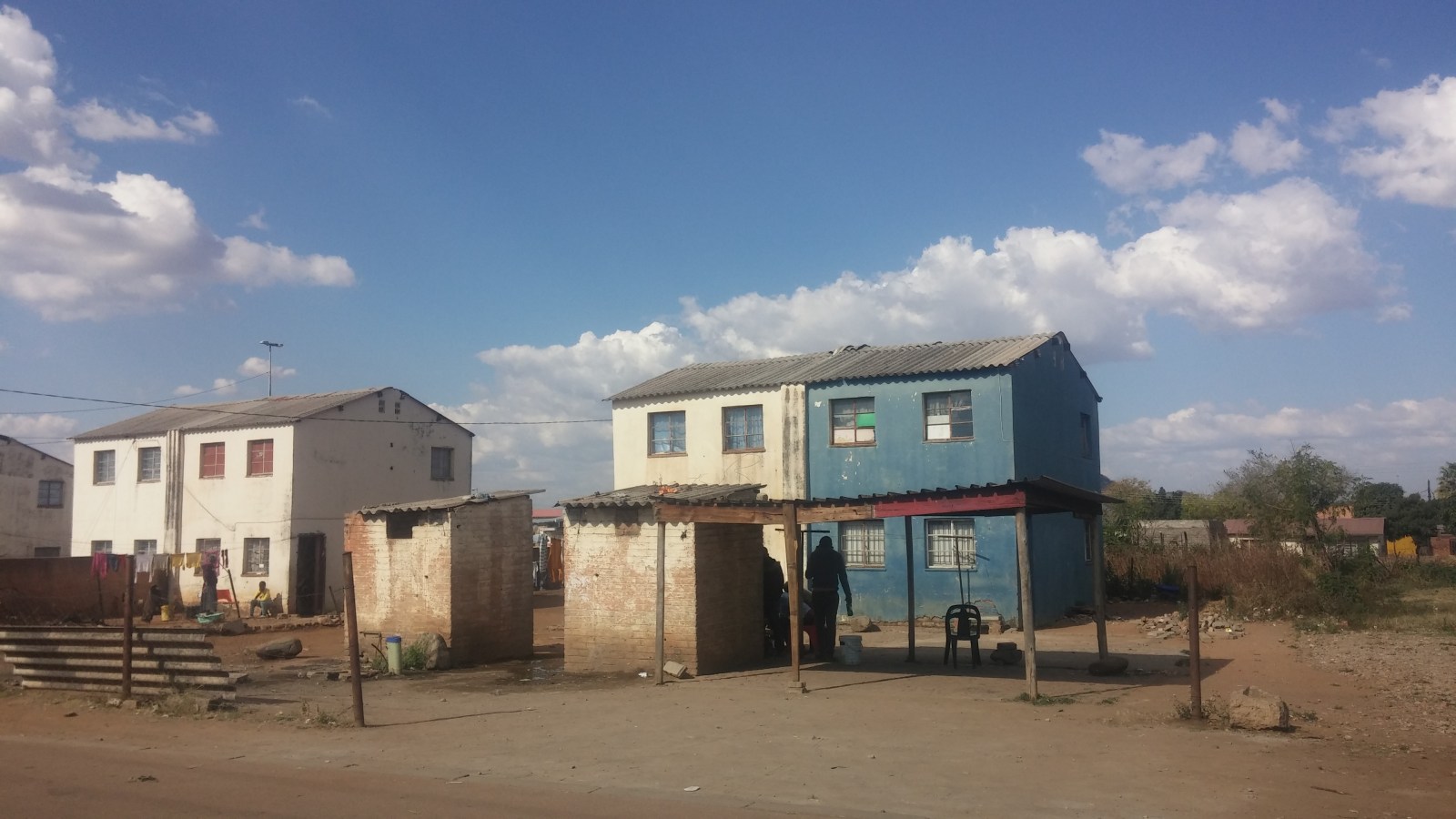 Residents of these dilapidated hostels in Ga-Rankuwa, outside Pretoria, say the Tshwane municipality has done nothing to maintain them for 20 years. (Photo: Chris Gilili)

Hostels built in Tshwane for council workers in the 1960s are falling apart.

Hesiah Mabulana says he has lived in hostels in Zone 16, Ga-Rankuwa, outside Pretoria, for more than 20 years. During this time, the buildings have fallen into ruin because the City of Tshwane has not maintained them, he says.

The hostels were built to house male council workers in the 1960s. A total of 120 small, one-room units are divided in blocks of eight with communal toilets outside.

“My father was a driver for the City then. The hostels used to be decent, but now they are falling on us. The asbestos roofs are broken and the windows are broken,” said Mabulana.

The interiors are dilapidated; the stairs are worn; the passages are dark. Residents do their own maintenance when they can afford it.

“These hostels are an accident waiting to happen. Our toilets are blocked and not working. We ask neighbours when we need to relieve ourselves,” said Mabulana.

According to Mabulana, residents used to pay the City for utilities, but stopped paying as conditions deteriorated. “We cannot pay for living in rotten hostels. They must come fix and maintain this place,” he said.

Stanley Muthabeni lives in a one-room unit with his family. “We live in squalor. These structures are a threat to our lives. In our block, there are cracks all over. The situation is even worse for those of us with kids. The conditions are inhumane,” he said.

“The City doesn’t care about this place anymore. I think after 1994, these hostels have been forgotten. The ANC should be ashamed, because they have done nothing for us here,” said Muthabeni.

David Maake says he has lived in the hostels since 2001. He said the toilets in his block have not been working in years.

The roof is asbestos and it leaks when it rains. The windows have been shut with bricks and cardboard. He said their requests for help from the City have been fruitless.

Ward 45 Councillor Violet Phalwane (ANC) referred our questions about the hostels to the City spokesperson. She also promised to raise the residents’ complaints with the council.

The City has not responded to our written questions since Monday. DM