Dali Mpofu fires both barrels at third whistle-blower i... 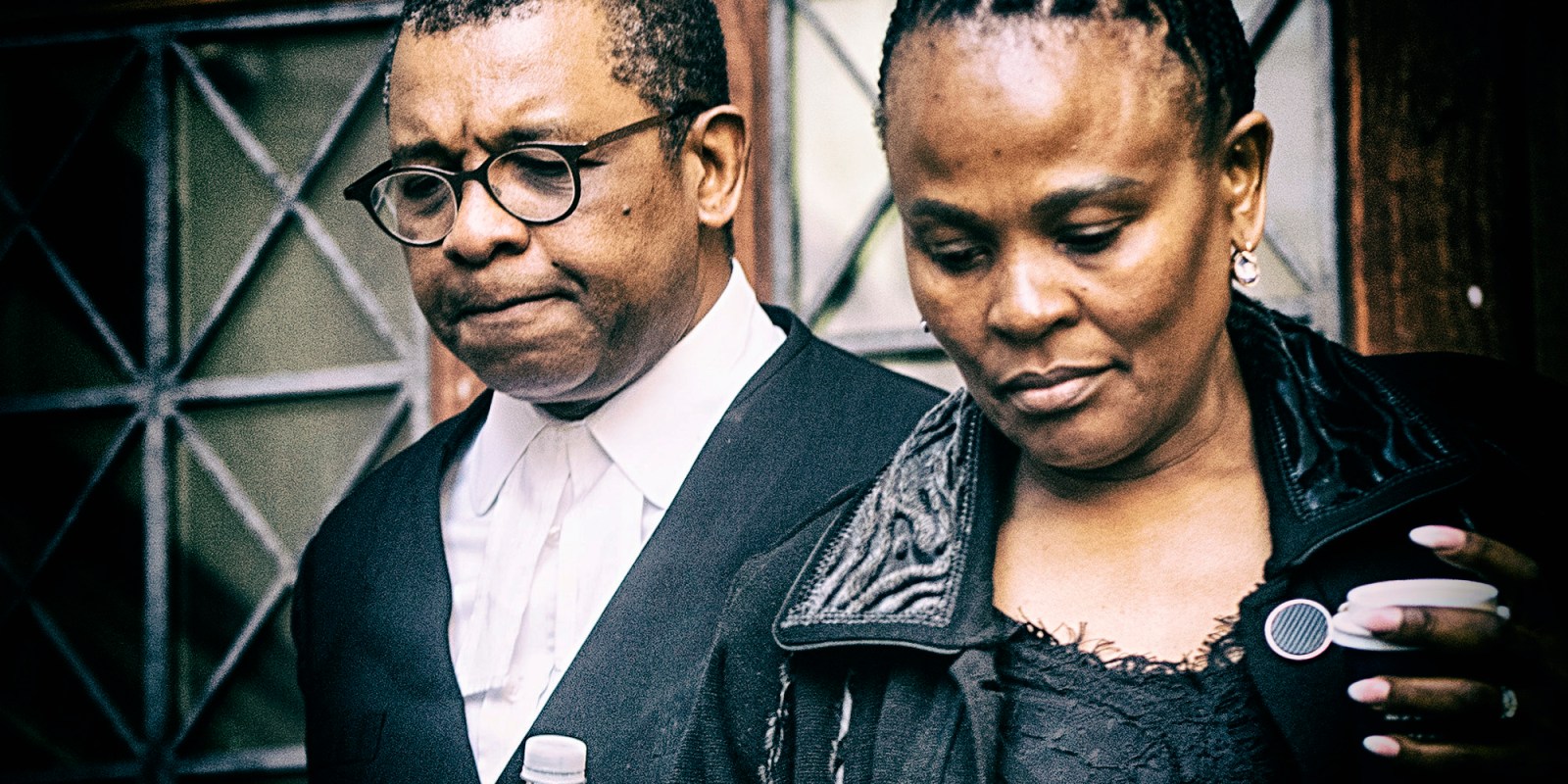 In a bid to ensure suspended Public Protector Busisiwe Mkhwebane is not impeached, her advocate, Dali Mpofu, let rip — again — in an attempt to unravel the credibility of a third whistle-blower.

‘You are a convicted criminal,” advocate Dali Mpofu SC told Sphelo Samuel, the reinstated head of the Free State Office of the Public Protector — and a whistle-blower as far back as February 2020.

“I deny that,” was Samuel’s response, as his conviction for an assault in 2011 is still under appeal.

“So you are also a liar,” was Mpofu’s retort, to which Samuel replied: “Being labelled a convicted criminal, I find it objectionable.”

At issue was a conviction for common assault, with a sentence of two months’ imprisonment or a R2,000 fine, half of which was suspended, that Samuel is appealing against. Initially not prosecuted, the case was revived in 2017, leading to the conviction, MPs heard on Thursday.

The assault was also revived as part of the 2020 disciplinary proceedings against Samuel — in February 2020, he had made a protected disclosure to Parliament about the Public Protector — that ultimately led to his dismissal. But, last month, the Commission for Conciliation, Mediation and Arbitration (CCMA) reinstated Samuel, ordering the payment of his backdated salary.

After a caution to move on by Richard Dyantyi, the Section 194 impeachment inquiry chairperson, Mpofu, who retorted: “No, we are not moving an inch”, returned to the matter.

“I deny I assaulted him,” said Samuel, before Mpofu interjected and the committee chairperson stepped in.

“I am asking the witness to continue answering the question you have asked. You can’t ask me if I have a problem,” said Dyantyi, reminding the advocate he was the chairperson of the inquiry.

As with previous witnesses at the parliamentary first — an inquiry into the removal from office of a Public Protector, Busisiwe Mkhwebane, for misconduct and/or incompetence, the cross-examination unfolded with meandos, snide commentary and the odd giggle and sigh.

For SA Revenue Service official Johann van Loggerenberg, that meant being accused of serious criminal conduct and his mental health issues being raised.

For whistle-blower Tebogo Kekana, a dismissed senior investigator in the Office of the Public Protector, that meant being styled as a disgruntled sacked staffer and a “whistle-inhaler”.

Mpofu’s first statement to the first witness, Hassen Ebrahim, was that he had no South African legal qualification and was no expert. (The ex-CEO of the Constitutional Assembly that drafted the Constitution had been in exile — his law qualifications are from the UK and Botswana — and his experience includes a decade in the Department of Justice and working for the United Nations.)

On Thursday, Mpofu hammered away, with talk of the criminal conviction, intellectual arrogance and facilitating an opposition plot.

Invoking cultural practices and clan names, he spent some 90 minutes questioning Samuel about Mkhwebane’s 50th birthday bash being attended by ANC MP Mosebenzi Zwane, who was under investigation as Free State MEC in the Vrede Dairy Farm project that benefited the Guptas and their business associates.

The evidence leader, advocate Ncumisa Mayosi, asked where exactly that birthday party featured in the impeachment charges, but this line of questioning persisted.

“You are a black person like me. In our culture at least … you might not be responsible [for] who comes to your party,” said Mpofu.

But Samuel stood his ground. Zwane’s attendance was a conflict of interest, invitation or not. “I would make sure they are removed, or they would be told to leave…”

Neither Zwane nor former Free State premier Ace Magashule was named in the final published Vrede Dairy Farm report as Mkhwebane had ordered the removal of any references to politicians. Samuel had included findings about politicians in the draft report.

Mpofu spoke of a plot, arising from DA Chief Whip Natasha Mazzone in February 2020 amending her motion for an inquiry into Mkhwebane’s removal from office to include Samuel’s protected disclosure, which had been sent to the National Assembly Speaker that month.

Samuel remained steadfast under cross-examination. “I sent it to the Speaker. What happened beyond that, I have no control.”

Eventually, Mpofu relented. “It looks like a whole contrivance. But I take your word for it that you did not go to Ms Mazzone to say: ‘Here’s a statement.’ ”

But the point about the plot had been made. Repeatedly. Just like claims of bias, unreasonableness and prejudice have been made in previous, almost wholly unsuccessful, litigation by the Public Protector. The courts have upheld Parliament’s rules, processes and constitutional responsibility to hold office-bearers like the Public Protector to account, including considering her removal from office.

However, the win for Mkhwebane was securing full legal representation, which in February 2022 the Constitutional Court upheld.

It is for this reason the impeachment inquiry stands in contrast to, for example, the parliamentary inquiries into the SABC and Eskom in 2016 and 2017/8, respectively, where ministers, officials and board members of state-owned enterprises had to speak for themselves — with a lawyer at hand, of course.

Frequently interrupted while responding, Samuel expressed discomfort at being forced into giving answers that were well beyond the extent and scope of his affidavit and knowledge. But he stood up to Mpofu, both on legal points and on the substance of his testimony.

And when it was pointed out that Samuel had been wrong in referring to Mkhwebane as “aspirant prosecutor”, he apologised in the inquiry session to the suspended Public Protector.

Mpofu pushed for a second public apology, for Samuel’s statement that Mkhwebane seemed ill-prepared for the rigours of the job.

“I had no intention of belittling and insulting you. It was borne out by my observations. How you received it is unfortunate.”

Mkhwebane, who has attended all the impeachment inquiry sessions, told Mpofu to say she had accepted the apologies.