After the Bell: Coach Ramaphosa goes up against flagbea...

Coach Ramaphosa goes up against flagbearer Mbeki … and scores 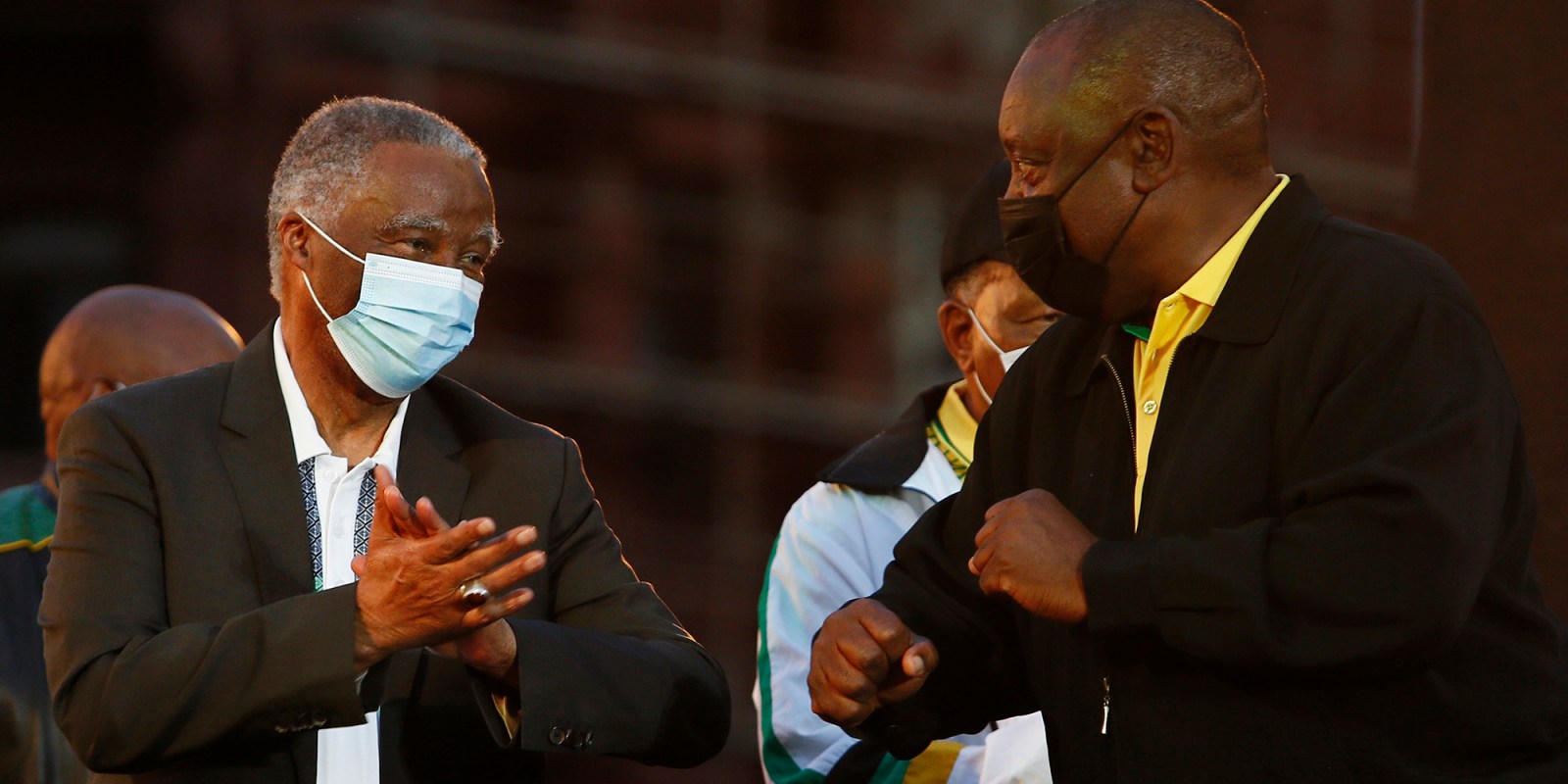 From there you can edge into the more serious. Those who make your life easier — and those who make it harder. Those whose presence helps you perform better — and those who trip you up. The desire to characterise the world as binary is tempting because it has the attractiveness of simplicity as well as the compelling lure of decisiveness and definition. But, of course, what you gain in simplicity you lose in depth and nuance, as you always do.

I’ve heard lots of “there are two kinds of people” explanations, but few really resonate. And then I heard one I really liked: I’m paraphrasing a bit, but on one of my favourite podcasts, Stern NYU professor of marketing Scott Galloway said there were two kinds of corporate leaders: flagbearers and team builders.

Flagbearers lead from the front, and define the function and aim of the business by carrying the flag. Employees “follow” flagbearers, and benefit from clear aims, goals and functions. Team builders work from the inside out, improving networks and experimenting with solutions, and employees benefit from having the freedom to build out the organisation through perfecting their own skills.

Neither are these the only definitions of leadership. I’ve seen other categorisations heading in the same direction by dividing leaders into “visionary” and “coach” archetypes. As a coach, the job of the leader is to recognise and nurture the strengths of each team member. The visionary leader is all big-picture, focused on the company’s mission and gets things done through inspiration.

This came back to me listening to former president Thabo Mbeki giving current president Cyril Ramaphosa a dressing-down at the funeral of Jessie Duarte.

In the presence of Ramaphosa, Mbeki said the government had “no plan” to tackle poverty, unemployment, criminality and inequality. He added that Ramaphosa had failed to keep a promise to address these through a social compact he pledged would be in place 100 days after his February State of the Nation Address.

“Nothing has happened. Nothing,” said Mbeki.

It struck me how this difference between “coach” and “visionary” applies differently to both leaders – and helps to highlight their shortcomings, too.

Mbeki led, or tried to lead, like a visionary, dreaming about the rise of the African continent and constantly formulating grand plans to address poverty and unemployment. Ramaphosa has led like a coach, trying to build a team from the inside.

The problem with the “visionary” leader is that they lose track of the day-to-day, and that was certainly Mbeki’s undoing. He was constantly accused of being “aloof” and “distant”. More critically, he wasn’t able to contain a factional takeover of the organisation when his vision failed to inspire towards the end of his term.

The weakness of the coach style is that it can lack, or be seen to lack, cohesion and direction. Ramaphosa has constantly spoken about maintaining the integrity of the ANC as an organisation. But the price he has paid is a feeling of drift and an absence of direction, to which Mbeki referred.

It’s worth noting, however, that Mbeki was factually incorrect. It’s not that nothing has been done to build a social compact – it’s that social compacts are very difficult to engineer. Behind the scenes, there has been a frantic flow of draft plans. The reason there has been no resolution is that neither business nor labour, for different reasons, have liked the plans.

It’s arguable that leaders don’t actually choose their leadership style, they just try as much as possible to play to their strengths. Mbeki’s intellectual prowess and analytical skills made it easier for him to adopt the mantle of visionary leader. Ramaphosa’s great strength is that he knows and understands first hand labour, business and government, because he has worked extensively in all three spheres.

For both, the problems that they faced emanate from their leadership styles. What happens if the vision of the visionary leader is just wrong? Mbeki tried to pretend that Aids didn’t exist because it contradicted his vision of a great nation. By putting ANC cohesion first, Ramaphosa is in effect permitting insurgence to go unchallenged.

My personal prejudice favours the coach style of leadership. I just think it allows the organisation to respond to challenges more effectively, and to develop in ways that might be unexpected. It also makes the working context more fulfilling. But obviously, visionary leaders can and do make strides, often very quickly.

In the context of SA’s myriad problems and the fraught nature of the ANC, I suspect Ramaphosa’s leadership style is more appropriate. There just isn’t anyone in the party who can convincingly balance the cleavages in SA society like Ramaphosa can.

Mbeki can criticise, but many of Ramaphosa’s problems began during his era, and were caused by his visionary failings. On this one, I’m team Ramaphosa. BM/DM