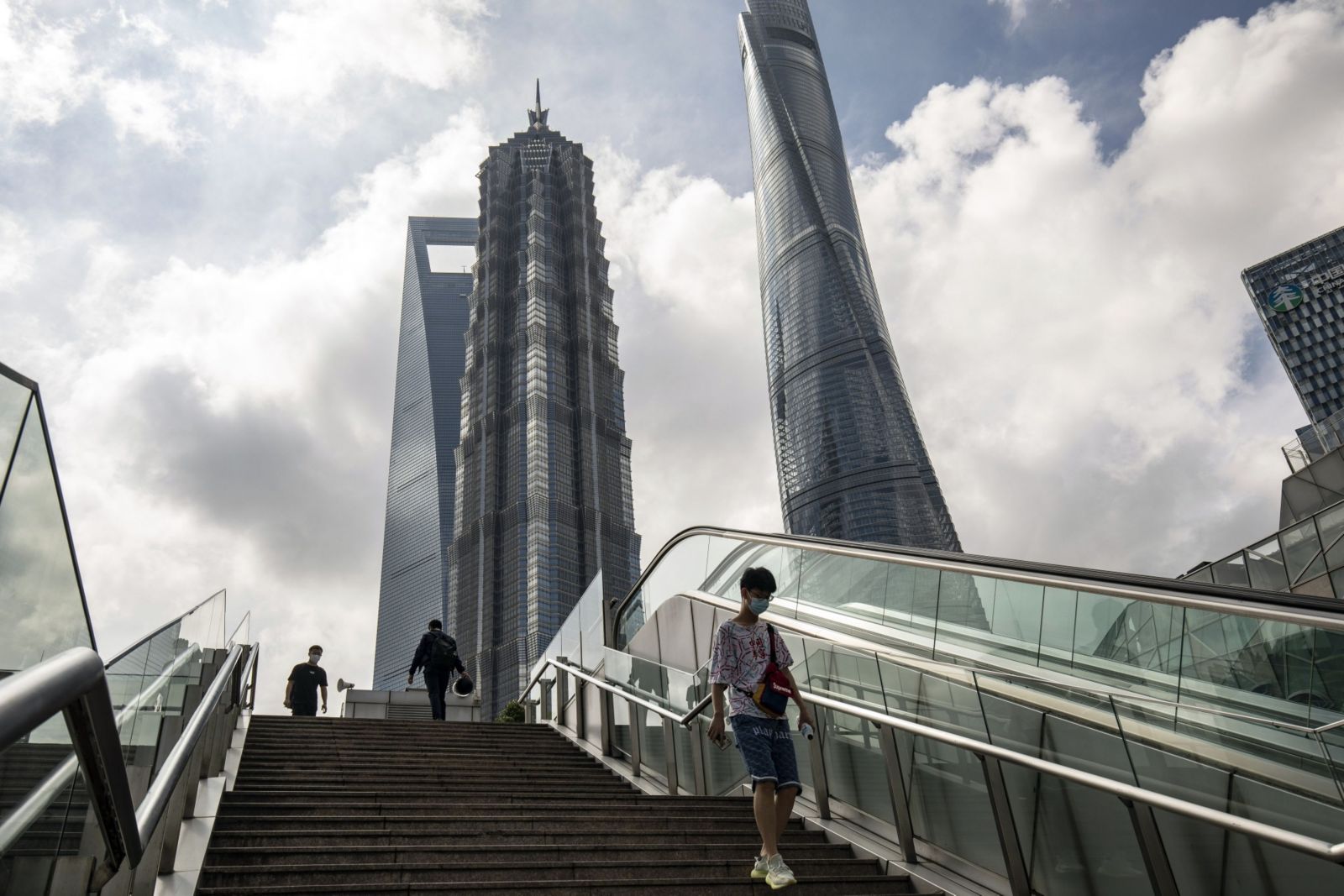 Pedestrians in Pudong's Lujiazui Financial District in Shanghai, China, on Monday, 20 June 2022. Shanghai's weekend Covid-testing blitz found the virus seemingly contained, after a spike in cases last week had fanned concern the city would be plunged back into lockdown. (Photo: Qilai Shen/Bloomberg)

Banks in China are rushing to boost capital as they prepare for a potential spike in bad loans due to the economic slowdown and spreading housing crisis. A record amount of fresh money has come from financial markets, with banks selling 29% more bonds in the first half of the year compared to last year to replenish capital and cover credit losses.

China’s economy grew at the weakest pace in more than two years in the second quarter due to Covid lockdowns and a protracted housing market downturn, stoking worries about an increase in companies and individuals who cannot repay loans. Those fears deepened recently when hundreds of thousands of homeowners said they would stop paying the mortgage on houses that aren’t built yet, raising the pressure on developers, who may face more difficulty selling projects and also have to repay bank loans.

“We believe that asset quality is worsening due to Covid-related lockdowns, the property slump, the risks associated with small and micro loans, and the general economic slowdown in China,” said Harry Hu, a senior director at S&P Global Ratings. The capital injections from the government “will help those small regional banks with large bad loan burdens to clean up their books and support the local economies”.

In the year through July 27, lenders had sold a combined 568 billion yuan (R1.4-trillion) of Additional Tier 1 debt, which is among the first to absorb losses in times of stress, and Tier 2 bonds. China’s big-four state-owned banks are the major sellers of the bonds this year, according to data on onshore sales compiled by Bloomberg, although local lenders including Bank of Hebei, Chengdu Rural Commercial Bank, and Bank of Shanghai are also selling.

Such debt is the main tool for banks to add extra capital, analysts including Liao Zhiming of China Merchants Securities wrote in a report in May.

In addition to this, the central government will allow 320 billion yuan generated from the sale of special local bonds to be used to top up the capital of medium- and small-sized banks, the Financial News reported last week, citing an unnamed official with the China Banking and Insurance Regulatory Commission. The amount, including 120 billion yuan in unused funds from last year, is 60% higher than in 2020 when money from the sale of these bonds was first allowed to be used for that purpose.

Bad loans increased by almost 107 billion yuan in the first half of the year to 2.95 trillion yuan, according to the CBIRC. That’s the biggest six-month increase since the height of the domestic pandemic in the first half of 2020, according to Bloomberg calculations based on the commission’s data. Meanwhile, banks’ capital adequacy ratio fell for the second straight quarter to 14.87% at the end of June.

“The pressure on non-performing loans to rebound increased as the downward pressure on the economy was gradually felt by the financial sector,” Liu Zhongrui, an official with the CBIRC’s statistics and risk monitoring department, said at a briefing last week.

The “slower than expected” economic recovery has led S&P to raise its estimate of banks’ non-performing assets, which includes bad loans and some “special-mention loans”, to 7.5% of total lending this year. That’s up from a May forecast of 6.5% and last year’s actual ratio of 6%.

The problem is especially acute at small and medium-sized lenders, which hold 29% of the banking sector’s total assets, according to CBIRC data. They have long been plagued by lax governance, heavy reliance on big local firms for loans and deposits, and they are more exposed to the weak links in the economy than bigger lenders, such as agriculture-related industry and small businesses.

The government’s efforts to push banks to lend more risk exacerbating the problem of asset quality. Corporate and household demand for loans is weak as Covid curbs remain a threat to business and household incomes, and if banks have to lower their lending requirements to attract borrowers then they could find themselves making new loans with little hope of repayment.

Financial regulators have urged banks to boost lending to builders to help finish the projects, and officials are considering giving some homeowners a grace period on payments, Bloomberg reported. That will likely worsen the earnings of banks which have already extended loan relief measures for Covid-hit smaller businesses and mortgage holders.

The authorities are speeding up the use of special local government bonds to beef up smaller banks’ capital this year “to consolidate the important line of defence against banking risks,” the CBIRC’s spokesman Qi Xiang said at the briefing last week. In the first half of this year, 103 billion yuan out of the special bond quota was allocated to Henan, Liaoning, Gansu and Dalian city, he said.

Liaoning had the highest number of “high-risk” financial institutions in a 2020 review of financial firms by the People’s Bank of China, followed by Gansu, Inner Mongolia and Henan. When it published the 2021 assessment in March this year, the central bank said high-risk firms were concentrated in four provinces, but didn’t name them. More than 90% of the 316 high-risk institutions were among rural and county banks.

There have been some high-profile problems at banks in Henan and Liaoning recently, with protests in Henan from people who had their money stolen in the nation’s biggest bank scam and a rural bank being taken over by a different bank in Shenyang, Liaoning’s capital. Both provinces have also been hit by the mortgage boycott.

“Corporate sentiment and ability to increase capital expenditure are both very weak and so economic momentum is yet to pick up,” said Peiqian Liu, chief China economist at NatWest Group Plc. “As long as property woes and Covid linger, bad loans at banks will continue to rise.” BM