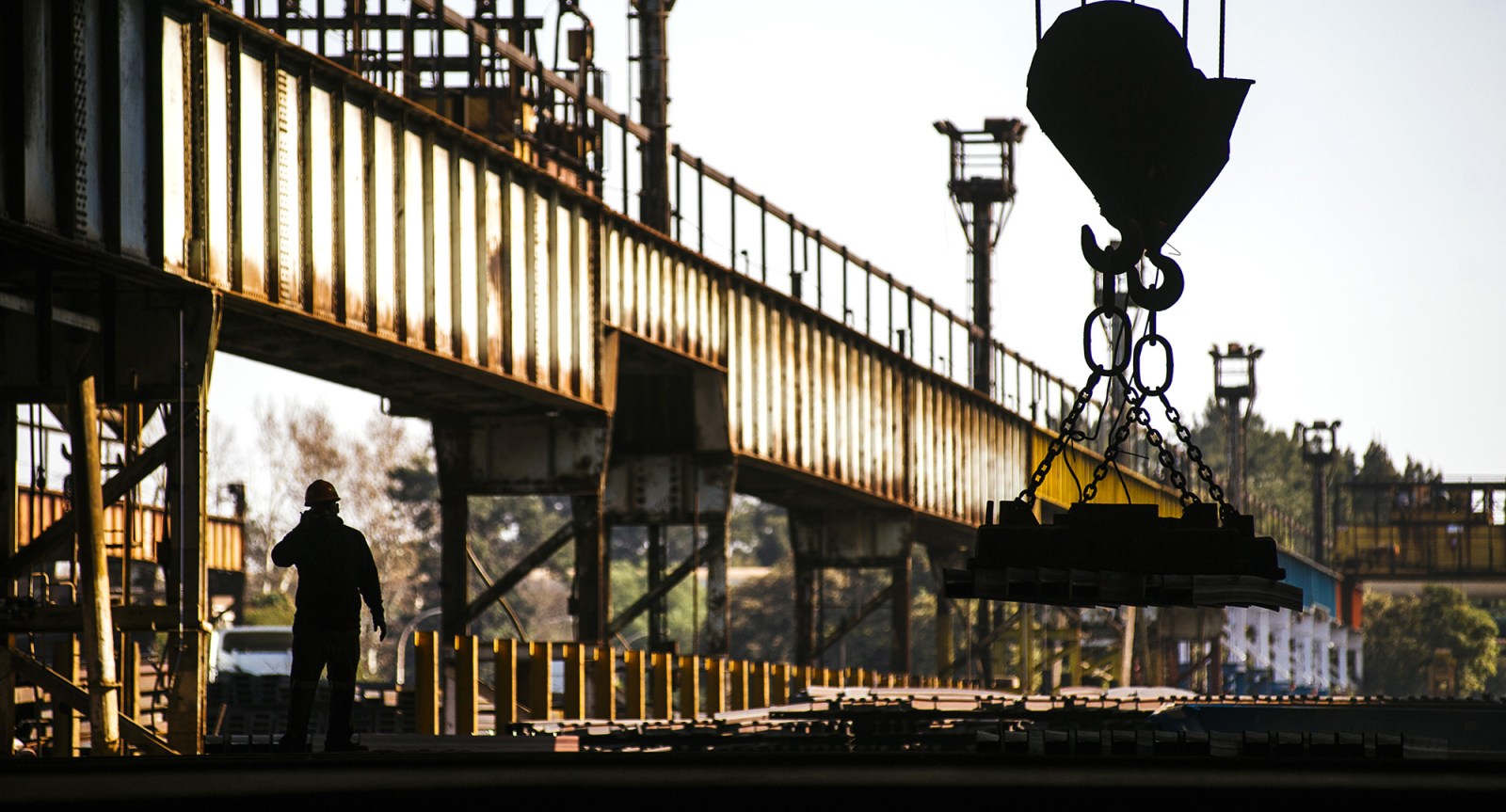 ArcelorMittal South Africa reported a 22% rise in interim earnings on Thursday, and its results would have been better were it not for a trifecta of typically South African woes: rolling blackouts, labour unrest and a train service that is coming off the rails.

ArcelorMittal South Africa, Africa’s largest steelmaker and a unit of Luxembourg-based ArcelorMittal SA, said its headline earnings for the six months to June rose 22% compared with the same period in 2021 to just over R3-billion. Cash generation allowed the company to slash its debt 61% to just shy of R1.1-billion.

Higher prices were the driver, with a 23% increase in realised dollar steel prices for the period under review. So, a tidy set of results for a company that just a few years ago was deeply in the red.

Alas, things would have been better were it not for a trifecta of typically South African woes: rolling blackouts, labour strife and rail challenges.

“The rail, labour and electricity events represent lost opportunities, which is sad for a country that so desperately needs to take advantage of every economic opportunity to rebuild after the destructive pandemic,” CEO Kobus Verster said in a statement.

Steel-making and related industries are power intensive – steel is a key foundation of an industrial economy – and the company noted the impact of “severe electricity load shedding, which is particularly disruptive to suppliers and customers”.

Then there was the two-week wage strike at the company’s operations in May by the National Union of Metalworkers of South Africa, which ArcelorMittal described as “unnecessary” and linked to “violence, intimidation and criminality”.

On top of that, Transnet’s deteriorating rail service continues to inflict damage on business and the wider economy.

The company said there was a month-long shutdown of one of Vanderbijlpark’s blast furnaces “and intermittent stoppages of the remaining fleet to avoid the risk of an uncontrolled stop due to insufficient inventory (particularly of iron ore), resulting from the unavailability of the rail service”.

As a steelmaker, ArcelorMittal’s results also provided a snapshot of South Africa’s spiral into de-industrialisation, which the Department of Trade, Industry and Competition often seems blind to, as it cranks out reams of “masterplans” to arrest this descent.

But the company has plans to address some of these challenges.

“South Africa has recently experienced its worst period of electricity load shedding, a situation which is aggravated by highly unreliable municipal infrastructure. As a sign of confidence in the country, ArcelorMittal South Africa recently announced the start of a feasibility study to construct two 100MW renewable energy facilities, with the objective of yielding meaningful cost reduction benefits by 2024/25.

“These benefits will be increased and accelerated if regulations are relaxed,” it said.

If President Cyril Ramaphosa’s recent announcement of the lifting of constraints on such projects translates into reality, the steelmaker may build more than its already planned 200MW in renewable power sources. Power-intensive sectors can hardly rely on Eskom any more – expect many more green energy projects to be announced.

So green energy is a win-win for ArcelorMittal and also the broader South African economy. DM/BM