US futures up on earnings, while Asia stocks dip pre-Fe...

US futures up on earnings, while Asia stocks dip pre-Fed: Markets wrap 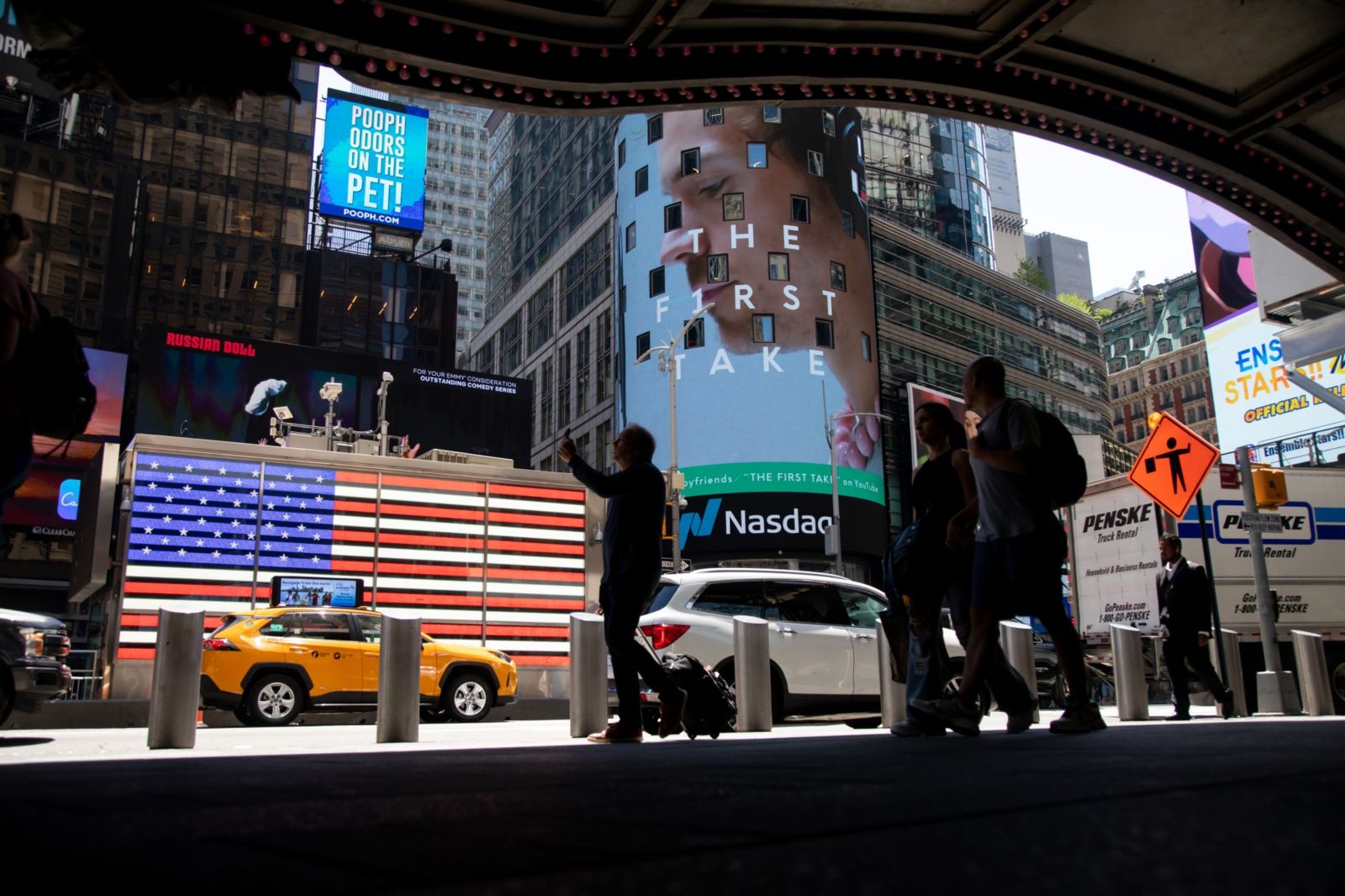 US equity futures rallied on Wednesday after resilient earnings from Google parent Alphabet and an upbeat outlook from Microsoft helped alleviate some of the wider caution in markets.

Contracts on the tech-heavy Nasdaq 100 added over 1%, while S&P 500 futures were up more than 0.5%. Microsoft jumped in extended trading on a strong sales forecast, while Alphabet’s revenues assuaged investors’ worst fears.

Still, the mood remains edgy ahead of a much-anticipated Federal Reserve interest-rate increase – part of a global wave of monetary tightening to quell inflation that’s stoking concerns about a worldwide economic slowdown.

Asian shares retreated amid falls in Hong Kong and China, tracking a closer lower for US stocks Tuesday before earnings lifted spirits after the bell. Australia’s bond yields and currency declined on lower than expected inflation.

Treasury yields were little changed as traders brace for a widely telegraphed 75 basis-point Fed hike later on Wednesday. The dollar dipped, oil was around $95 a barrel and Bitcoin peeked above $21,000.

The projected Fed move to tackle price pressures would cement a combined 150 basis points increase over June and July – the steepest rise in rates since the 1980s, when then chairman Paul Volcker wrestled with sky-high inflation.

The key question is whether chair Jerome Powell’s policy signals validate or refute scaled-back bets projecting a 3.4% peak fed funds rate around year-end and cuts in 2023 to shore up an economy at risk of recession.

“The Fed hasn’t even gotten to neutral yet,” Jason England, global bonds portfolio manager at Janus Henderson Investors, said on Bloomberg Television. “For them to start easing already or for them to start seeing eases priced in is, I think, a little premature.”

Monetary tightening, Europe’s energy woes amid Russia’s invasion of Ukraine and China’s property sector and Covid challenges are among the risks darkening the global outlook. The International Monetary Fund warned the world economy may soon be on the cusp of an outright recession.

US company earnings are providing a sliver of hope – more than three-quarters of firms that have reported so far either beat or met expectations. But there are doubts about how long they can weather economic challenges.

“Inflation is hurting companies and the question is whether these policy rate hikes are going to do anything to alleviate the pain,” Quadratic Capital Management founder Nancy Davis said on Bloomberg Television.

Elsewhere, President Joe Biden will speak with Chinese leader Xi Jinping on Thursday amid fresh tensions over Taiwan. The White House is also considering whether to lift some tariffs on Chinese imports to stem inflation. BM