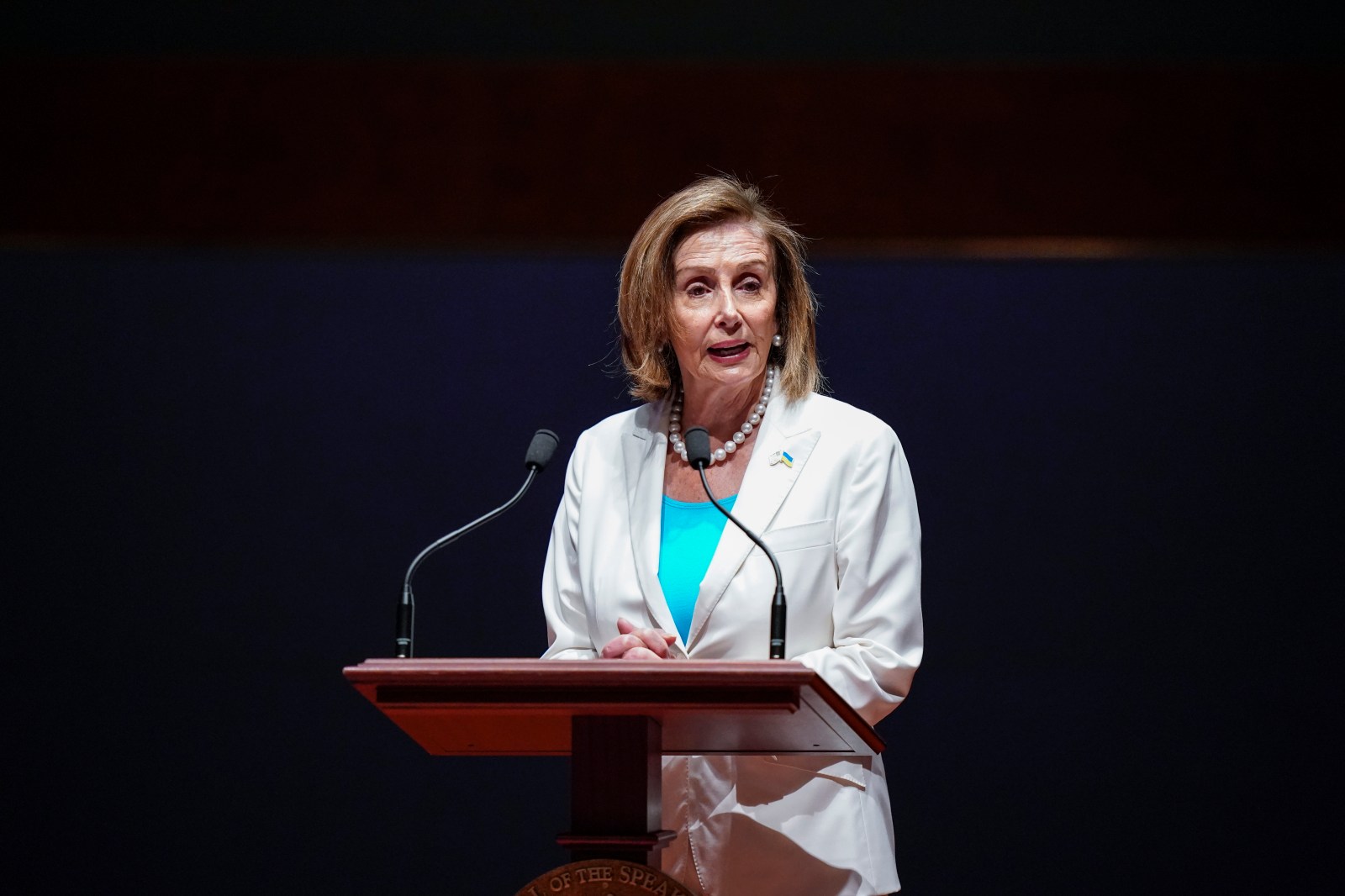 US Speaker of the House and Democratic Representative Nancy Pelosi of California on Capitol Hill in Washington, DC, USA, 20 July 2022. EPA-EFE/JABIN BOTSFORD / POOL

WASHINGTON, July 26 (Reuters) - US President Joe Biden and his Chinese counterpart Xi Jinping are expected to talk on Thursday, a source familiar with the planning said, with Taiwan and Russia's invasion of Ukraine expected to be key agenda items.

White House national security spokesperson John Kirby told reporters on Tuesday that managing economic competition between the two countries would also be a focus of the call.

It will be the fifth call between the leaders, and comes as China has delivered heightened warnings to the Biden administration about a possible visit by US House Speaker Nancy Pelosi to democratically governed Taiwan, which Beijing claims as its territory.

“Everything from the tensions over Taiwan, to the war in Ukraine, as well as how we better manage competition between our two nations, certainly in the economic sphere,” Kirby said of the topics to be discussed.

“This is a call that has been scheduled for a long time and there’s already a pretty robust agenda of things for these two leaders to talk about,” he said.

Asked at a regular briefing on Wednesday in Beijing to confirm the call, Chinese foreign ministry spokesman Zhao Lijian said he had no information to offer.

Under its one-China policy, the United States does not have official diplomatic relations with Taiwan, but is bound by US law to provide the island with the means to defend itself. The White House has been quick to reiterate that stance has not changed despite speculation over a possible trip by Pelosi.

Kirby said that Pelosi is in the line of succession to the presidency and as such, her overseas travel was a matter of US national security. But only she could make decisions about her travel.

“Bellicosity” in rhetoric from China over the possible trip only escalates tensions, he said.

“We find that unhelpful and certainly not in the least bit necessary given the situation,” he said.

The administration has been debating whether to lift some tariffs on Chinese goods as a way to boost the US economy, but Kirby said a decision was not expected ahead of the call.

The call comes as the US Congress considers legislation known as the CHIPs act to provide about $52 billion in subsidies for the US semiconductor industry, as well as an investment tax credit for chip plants estimated to be worth $24 billion, which Biden has urged as crucial for competing with China economically.

Biden referred to the planned call with Xi during virtual remarks urging passage of the legislation on Monday, telling reporters: “That’s my expectation, but I’ll let you know when that gets set up.”

The prospect of Pelosi’s trip is only one in a long list of disagreements that have frayed US-China relations.

Earlier on Tuesday, senior US officials accused China of increased “provocations” against rival territorial claimants in the South China Sea and said “aggressive and irresponsible behavior” by Chinese ships and aircraft meant it was only a matter of time before a major incident or accident.

A trip to Taiwan by Pelosi would be the first by a House speaker to the island since 1997, and China has said it is prepared to take strong measures in response.

Zhu Feng, dean of the Institute of International Studies at China’s Nanjing University, said a Taiwan visit by Pelosi would be “playing with fire”.

“This is the issue that irks China the most,” he said.

“On the call, both sides need to give each other a positive signal that says we can have basic trust in each other, which is especially needed as the world remains fragile and volatile. Not condoning Pelosi’s Taiwan visit is a prerequisite to building this trust,” he said.

Asked about the possible visit, Taiwan Premier Su Tseng-chang said on Wednesday it welcomes any “friendly foreign guests” to visit the island. He did not elaborate.

Taiwan’s foreign ministry has said it has not received any definite information regarding a Pelosi visit and has no comment on the matter.

Daniel Russel, who served as the top USdiplomat for Asia under former President Barack Obama, said the Taiwan issue had the makings of a real crisis, without any US-China mechanism to prevent that from escalating into conflict.

He said it was not clear how much pressure the Biden administration was exerting on Pelosi, but Xi was likely to push hard on the issue in the call, and added: “We are in a high-risk moment and it behooves leaders in both countries to tread carefully.”

Nonetheless, Craig Singleton, a senior China fellow at the Washington-based Foundation for Defense of Democracies, said Xi would likely seek to project calm as he faces a slowing economy under pressure from strict domestic COVID-19 measures ahead of a key Communist Party congress later this year.

“While Xi will be clear and direct in raising China’s objections about Speaker Pelosi’s trip, he will probably not allow that one issue to derail the entire conversation, as doing so would further complicate his already difficult governing agenda,” Singleton said.