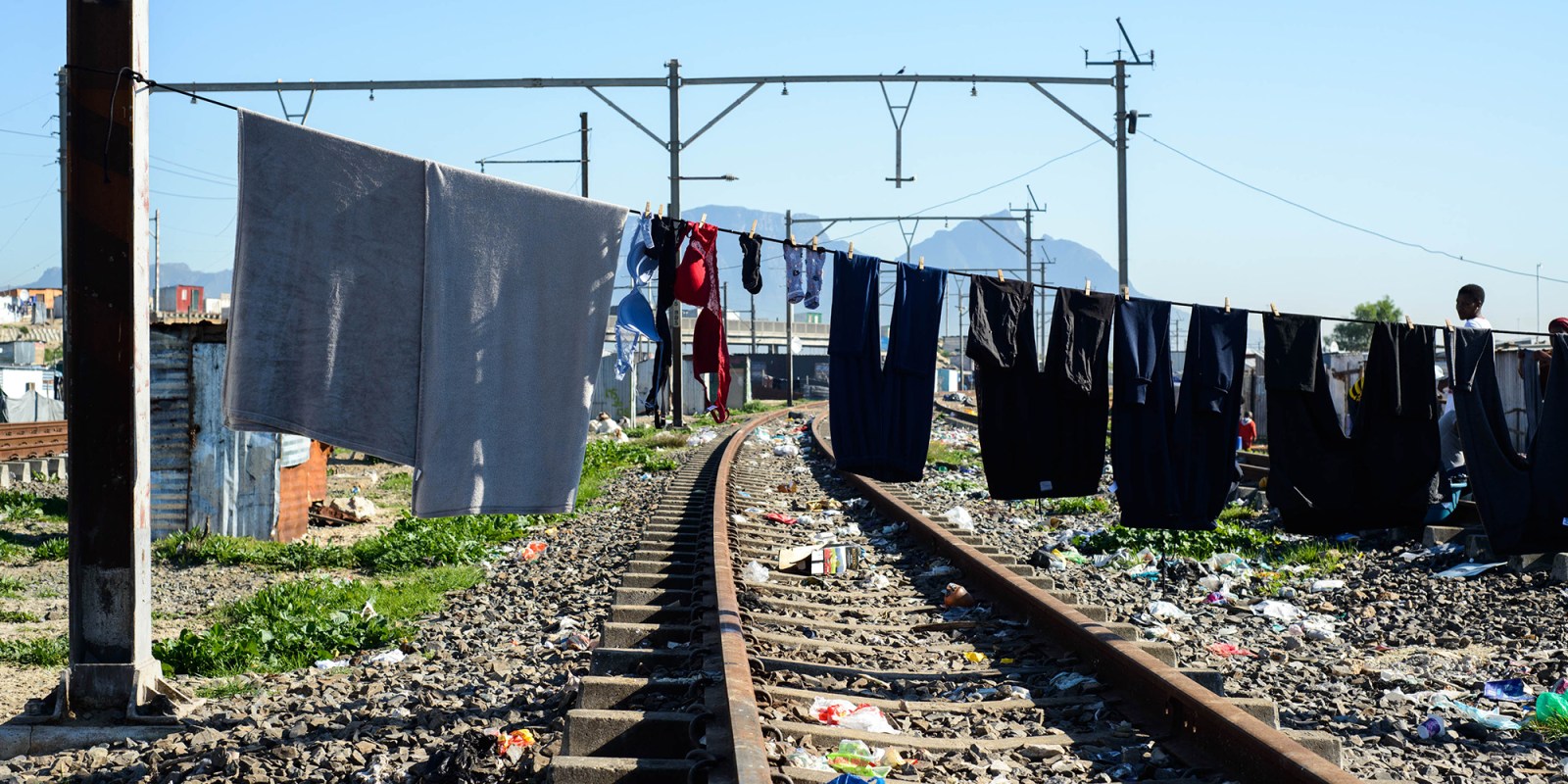 Informal structures on the railway line in Philippi on the Cape Flats, on June 11, 2021 in Cape Town, South Africa. (Photo: Gallo Images/ER Lombard)

Metrorail line in Langa set to be vacated in November.

On Tuesday, community leaders of the families occupying Metrorail’s Central Line in Langa and Philippi were shown the land where they will be relocated by Minister of Transport Fikile Mbalula.

The families, who have been living along the railway line for over two years, had refused to move until they were shown the relocation site — two parcels of land in Philippi. A major complaint of the community was that the Passenger Rail Agency of South Africa (Prasa) had failed to fulfil various promises to them over the years.

The Central Line, once the city’s busiest line, connecting Mitchells Plain and Khayelitsha to the city, has been closed since October 2019. Many deadlines for its return have been missed, and when Prasa suddenly cancelled contracts with its private security, people occupied the tracks along the line.

Mbalula said he would return next week Thursday to sign the agreement.

Earlier this month, Prasa went to the Western Cape high court to extend the deadline to relocate the Langa families for a third time, from 31 July to the end of November.

“We haven’t had confirmation yet,” said Prasa acting regional manager Kaparo Molefi, regarding whether Prasa’s extension application was successful.

Phumlani Mbulawa, a regional manager for the Housing Development Agency (HDA), said it had acquired two parcels of land covering 8.79 hectares which could fit approximately 1,500 structures.

Loyiso Nkohla, representing Langa and Philippi railway occupiers, told the minister that they were told the City of Cape Town said there is no money to develop the land.

But Mayoral Committee Member for Human Settlements Malusi Booi told the community leaders the Central Line project is the backbone of the economy and not only for the City of Cape Town.

“The minister has told me that trains must run by the end of November and I’m doing my level best to assist. There is money to do this project, and we will make sure this project comes to finishing,” said Booi.

He said R15.7 million would be spent.

During a media briefing, Booi said families living along the railway line in Khayelitsha will be relocated to Macassar where HDA is negotiating with a private owner and the process should be done in a few weeks’ time.

Nkohla told GroundUp that they want all commitments in writing.

“What was important was getting a straight answer on what’s happening with time frames. We now at least know funding is there and things are on track … For now we’re happy that both the minister and the City of Cape Town clarified important issues. We are now waiting for the signing ceremony next week,” he said. DM