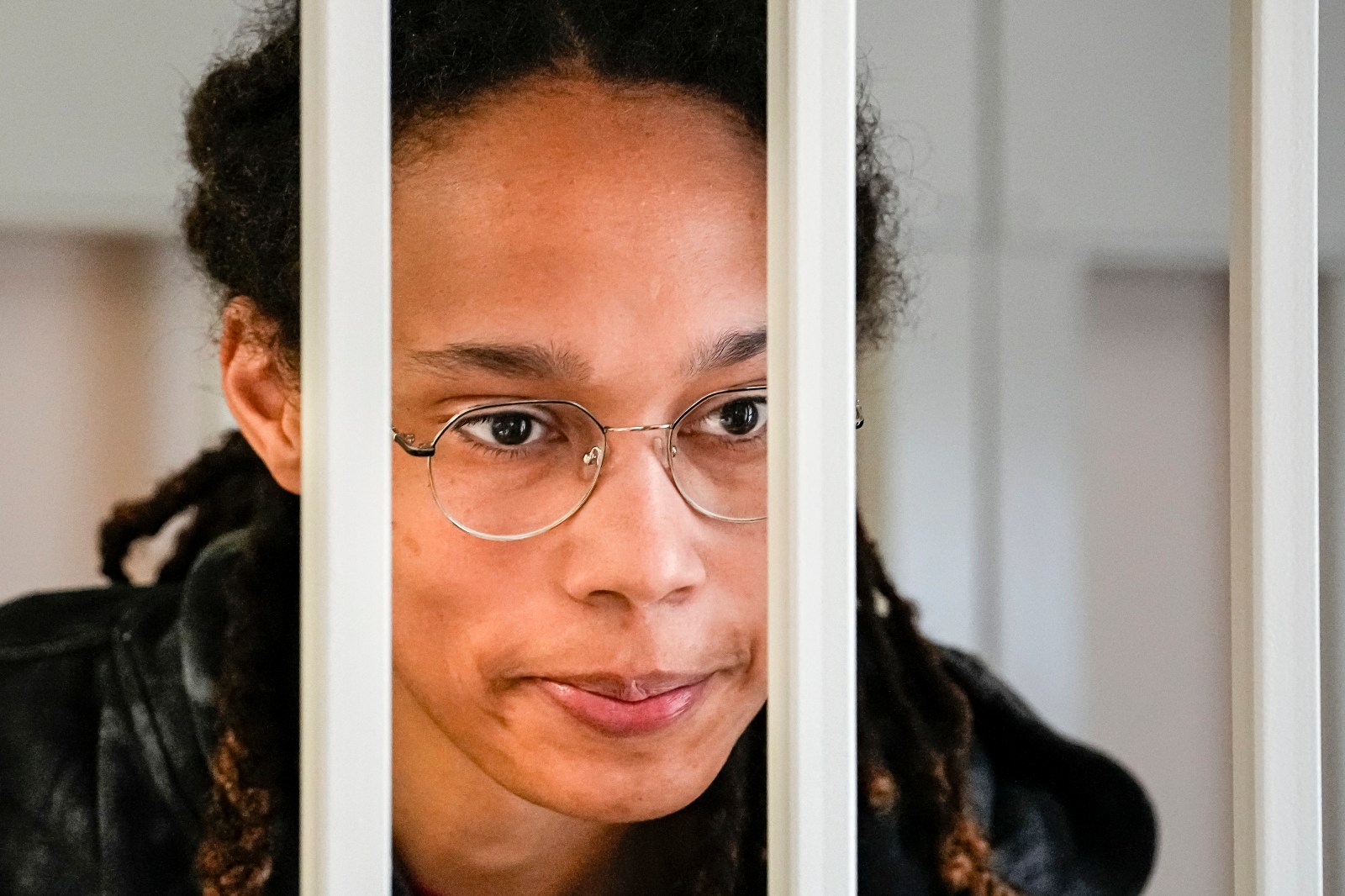 WNBA star and two-time Olympic gold medalist Brittney Griner stands in a cage at a court room prior to a hearing in Khimki City Court outside Moscow, Russia, 26 July 2022. Griner, a World Champion player of the WNBA's Phoenix Mercury team was arrested in February at Moscow's Sheremetyevo Airport after some hash oil was detected and found in her luggage, for which she now could face a prison sentence of up to ten years. EPA-EFE/ALEXANDER ZEMLIANICHENKO / POOL

KHIMKI, Russia, July 26 (Reuters) - The defence team of U.S. basketball player Brittney Griner, detained in Russia on drug charges, argued in court on Tuesday that she had used medical cannabis to assuage pain from injuries, like many other elite international athletes.

Griner, a Women’s National Basketball Association (WNBA) star who has played in Russia during the league’s offseason, was detained at a Moscow airport on Feb. 17 with vape cartridges containing hashish oil in her luggage. Medical marijuana is illegal in Russia.

She faces a possible jail sentence of up to 10 years in a case that has highlighted the fraught relations between Russia and the United States at a time of heightened tension over Moscow’s military intervention in Ukraine.

A narcology expert summoned by the defence argued that medical cannabis was widely used to treat athletes where it was legal, and often had fewer side effects than other painkillers.

“With the prescription in place, Brittney may have used it for medical but not recreational purposes,” said lawyer Maria Blagovolina, partner at Rybalkin, Gortsunyan, Dyakin and Partners law firm.

Wearing round-rimmed glasses and a black and grey sweatshirt with “Black Lives For Peace” on the back, Griner listened to the proceedings via a translator.

Before taking a seat in the defendant’s cage, she held up a lined sheet of paper with pictures of her two best friends, a teammate and her wife Cherelle wearing her #42 Phoenix Mercury jersey, her WNBA team.

The two-time Olympic champion, who has appealed to U.S. President Joe Biden to secure her release, has pled guilty but denied she intended to break Russian law.

Griner — known as “BG” to basketball fans — will appear in court again on Wednesday, where she could be called upon to testify. A further hearing in the case is scheduled for Aug. 2, Griner’s defence team said.

U.S. officials and prominent athletes argue the 31-year-old has been wrongly detained and have called for her to be released immediately. The Russian authorities dismiss the U.S. criticism, with the Kremlin saying the case has nothing to do with politics.

(Reporting by Reuters; editing by Guy Faulconbridge and Mark Trevelyan)