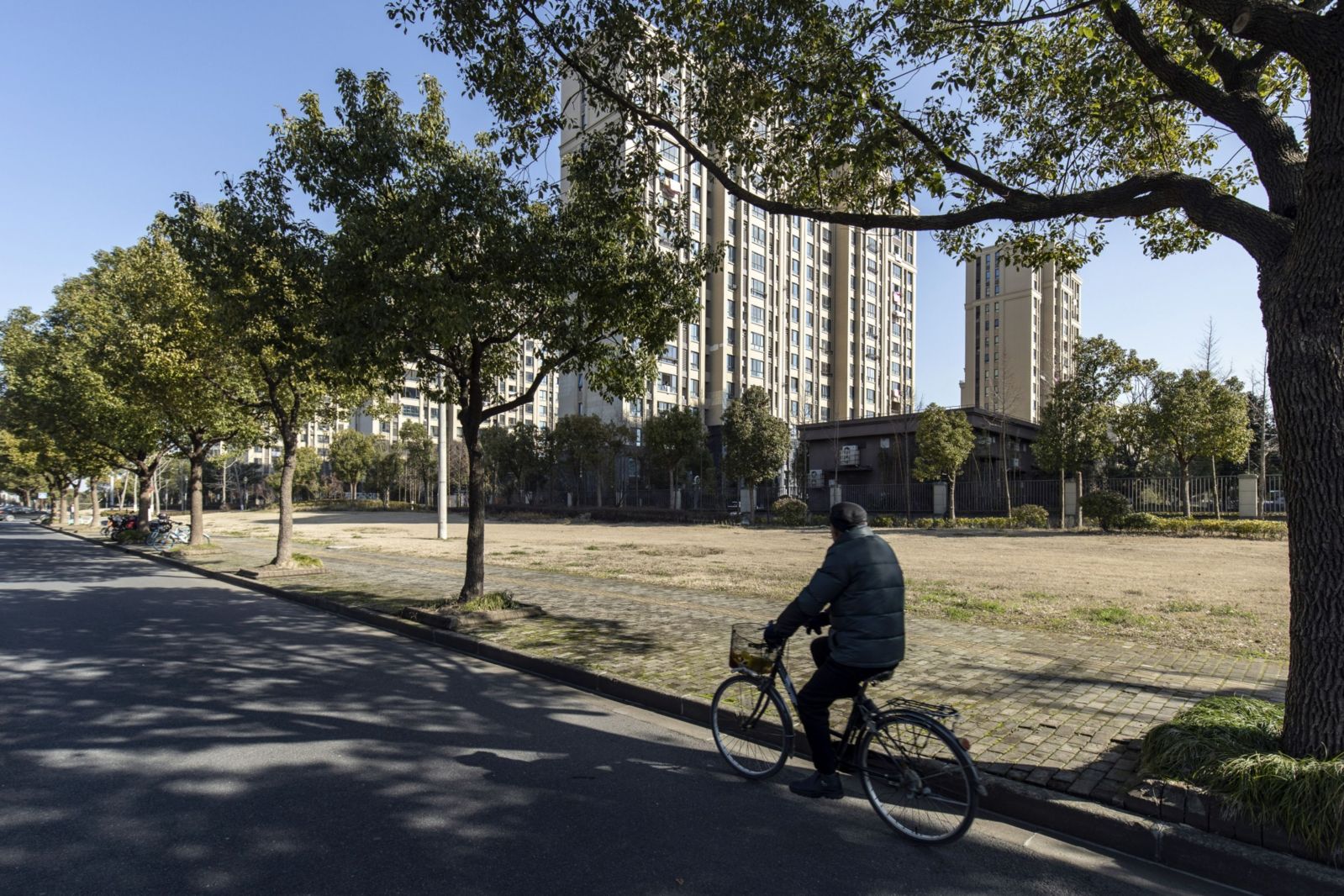 Residential buildings at a Zhenro Properties Group development in the Jinshan district of Shanghai, China, on Thursday, 24 February 2022. Zhenro is asking bondholders for more time to pay back about $1 billion in debts due to mature this year, citing liquidity pressure. (Photo: Qilai Shen/Bloomberg)

China’s economic recovery gained momentum in July as business activities resumed and confidence improved, despite disruptions from sporadic Covid outbreaks across the country.

That’s the outlook based on Bloomberg’s aggregate index of eight early indicators for this month. The overall gauge was 5, a level indicating the economy is heating up. That was unchanged from June, which was revised up from the neutral level after data showed manufacturing started growing again and services expanded faster than in May.

Small business confidence improved on stronger expectations and better credit conditions, according to Standard Chartered Plc., which surveys more than 500 smaller firms each month. Overall production remained robust, while construction activity picked up thanks to policy support, the firm’s economists Hunter Chan and Ding Shuang wrote in a report.

However, activity in July “failed to accelerate”, with readings normalising from the recovery in June, they wrote, adding that “sporadic Covid outbreaks in provinces including Shandong, Guangdong and Shanghai may have disrupted activity” labour-intensive smaller and medium-sized industrial companies.

The centre of China’s covid outbreak has shifted over the last month, with cases low in Shanghai and surrounding provinces but rising elsewhere, with some new lockdowns and restrictions being imposed. The eastern province of Anhui, Xi’an, home to the famed Terracotta Warriors, and manufacturing hub Wuxi all imposed curbs during the month. Lanzhou, the capital of Gansu province, is in lockdown and on Monday Shenzhen put factories in a “closed loop” production system to try and control an outbreak.

Adding to the virus concerns, China’s property market downturn has yet to show any signs of bottoming out. Home sales continued declining in the first three weeks of July in the top four cities in China, although the fall was at a slower pace. The housing market has been in a slump for a year, with prices and home purchases falling, developers defaulting and now a growing number of people refusing to pay their mortgages on properties that haven’t been delivered by cash-strapped builders.

Those problems are affecting the industrial sector. Although there was a fall in stockpiles of rebar, which is used in construction, that was accompanied by a further drop in steel output in July.

The car market improved thanks to the relaxation of Covid restrictions and a government push to boost sales. In May, China halved the purchase tax on some low-emission passenger vehicles and the government is expediting a study about extending purchase tax exemptions for electric cars and examining ways of boosting car sales in rural areas.

External demand likely stayed resilient in July, providing continued support for China’s economy after the record trade surplus in June. South Korean exports, a leading indicator for global trade, rose 14.5% in the first 20 days of July from a year earlier, despite concerns about a global recession that may dampen demand.

However, that data showed that Chinese demand for imports continued to slow, indicating the lingering effects of the slowdown in the second quarter.

This month, Chinese Premier Li Keqiang signalled the government would be flexible on the official growth target and reiterated caution about excessive stimulus, arguing that the economy was showing initial signs of recovery from Covid outbreaks. Slightly higher or lower growth rates were acceptable as long as employment is relatively sufficient, household incomes grow and prices are stable, Li told global business leaders hosted by the World Economic Forum last week.

Many economists expect China will likely miss its economic growth target of about 5.5% this year by a significant margin. That would be the first time that has happened – the government didn’t set a target in 2020, during the first wave of the coronavirus outbreak, and only missed it by 0.2 percentage point in 1998.