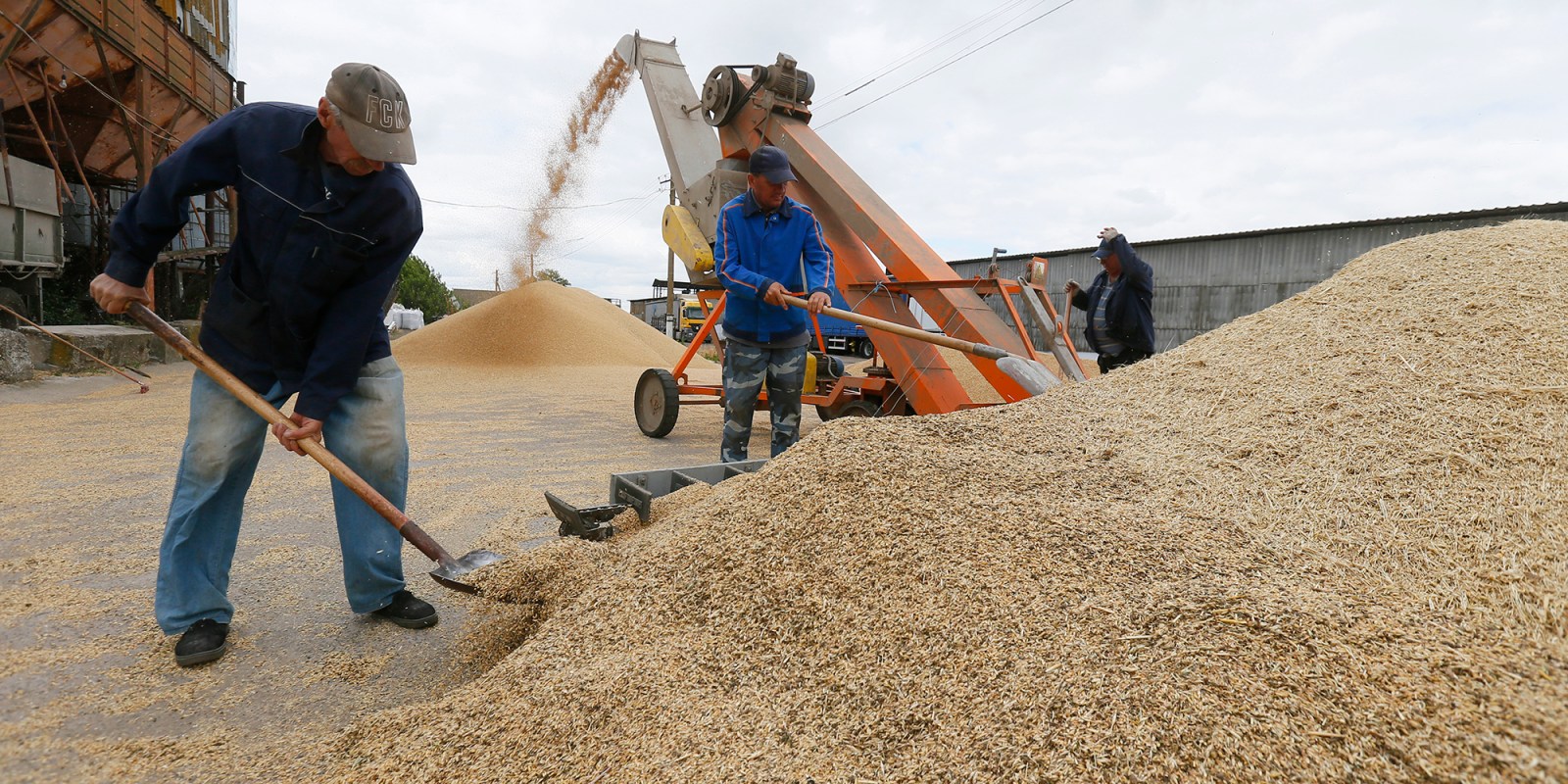 Africa’s biggest wheat importers would benefit the most from a resumption of shipments out of Ukraine, while the softening in prices would benefit consumers across the world. It would be good news for drought-hit African regions and parts of Asia, too.

If Russia keeps to the deal it has signed with Ukraine allowing for the resumption of grain exports, much-needed relief will be provided to importing countries, including many in Africa.

The relief would be significant as Ukraine has roughly 22 million tonnes of grain (wheat, maize, sunflower seed and other grains) in silos. It has not been able to ship these to export markets because of Russia’s invasion, which disrupted infrastructure and the attacks on vessels transporting goods.

Ukraine is a notable player in the global grain and oilseeds export market. And thus, the blockage of exports has contributed to the notable increase in agricultural commodity prices observed since the war started.

The aim of the “grain deal”, signed between Kyiv and Moscow on 22 July 2002, was to change this chaotic situation. Under the agreement Russia promised not to attack grain vessels in the Black Sea region. But this promise didn’t last long. Less than 24 hours after the deal was signed Russian missiles struck the critical Ukrainian port of Odesa.

The attack is likely to undermine the deal, a multinational effort to avert the global food crisis. In addition, grain traders and merchants might be reluctant to be involved in the zone if they consider it to be too risky. This would ultimately defeat the deal.

But if Russia keeps its word, the benefits will be immediate. Grain prices could soften as more grain supplies become available to the world market. Overall this would be a good development for consumers, particularly those living in poor developing nations.

The possible softening of prices would add to an already positive picture of global grain prices, which have come off from the record levels seen in weeks following Russia’s invasion of Ukraine. For example, the United Nations Food and Agriculture Organisation’s Global Food Price Index, a measure of the monthly change in international prices of a basket of food commodities, was down 2% in June 2022 from the previous month. This was a third monthly decline.

Still, this is up 23% year on year, which means that the recent deal and possible resumption of trade would bring much-needed relief to the grains market.

Nevertheless, the deal’s impact on grain prices is likely to be marginal. Grain prices are unlikely to return to pre-war levels. A number of factors had been driving up agricultural prices in the two years before the conflict. These included drought in South America, East Africa and Indonesia, while rising demand for grains in China have weighed on global supplies.

The possible price decline and increase in supply as a result of the deal between Russia and Ukraine is likely to benefit all importing countries and consumers in the medium term.

This assumes that the deal holds – and that shipping lines will start taking orders and moving grains.

From an African perspective, the continent imports about $80-billion worth of agricultural products a year, mainly wheat, palm oil and sunflower seed. The annual food import bill from the sub-Saharan Africa region is roughly$40-billion per year.

Therefore, however marginal, a potential decline in the prices of these commodities would be positive for importing countries – and ultimately consumers.

Importantly, Africa imports$4-billion of agricultural products from Russia, 90% of which is wheat and 6% is sunflower seed. The major importing countries are Egypt (50%) followed by Sudan, Nigeria, Tanzania, Algeria, Kenya and South Africa.

Similarly, Africa imports $2.9-billion worth of agricultural products from Ukraine. About 48% of this was wheat, 31% maize and the rest includes sunflower oil, barley and soybeans.

A resumption of the trade activity would release about 22 million tonnes of grains out of Ukraine. It’s also safe to assume that grain orders from Russia to various markets in the world will also increase.

Africa’s biggest wheat importers would benefit the most from a resumption of shipments out of Ukraine’s ports. More generally, the softening in prices would benefit consumers across the world.

In addition, the World Food Programme will be able to source food for donations in struggling African regions, such as East Africa, where there is a bad drought, as well as parts of Asia.

One can’t miss the fact that Ukrainian farmers would benefit too. They have been worried that, without a resumption of trade, their crops would rot in silos. The deal signals hope for some relief, and the prospect of creating space to store the new season’s crop.

There’s still a great deal of uncertainty around the deal in the wake of the Russian missile attack on Odesa. Multinational discussions will be a crucial determinant of whether grain trade resumes from the Black Sea.

Measures will also need to be put in place to assure merchants of the safety of their cargo.

The grain price dynamics and possible benefits for importing countries will all depend on these uncertain developments. Still, any success in the exports of grains from Ukraine will benefit the African countries directly through the delivery of physical supplies – or indirectly through possible global price softening. DM

Wandile Sihlobo is a Senior Fellow in the Department of Agricultural Economics at Stellenbosch University.