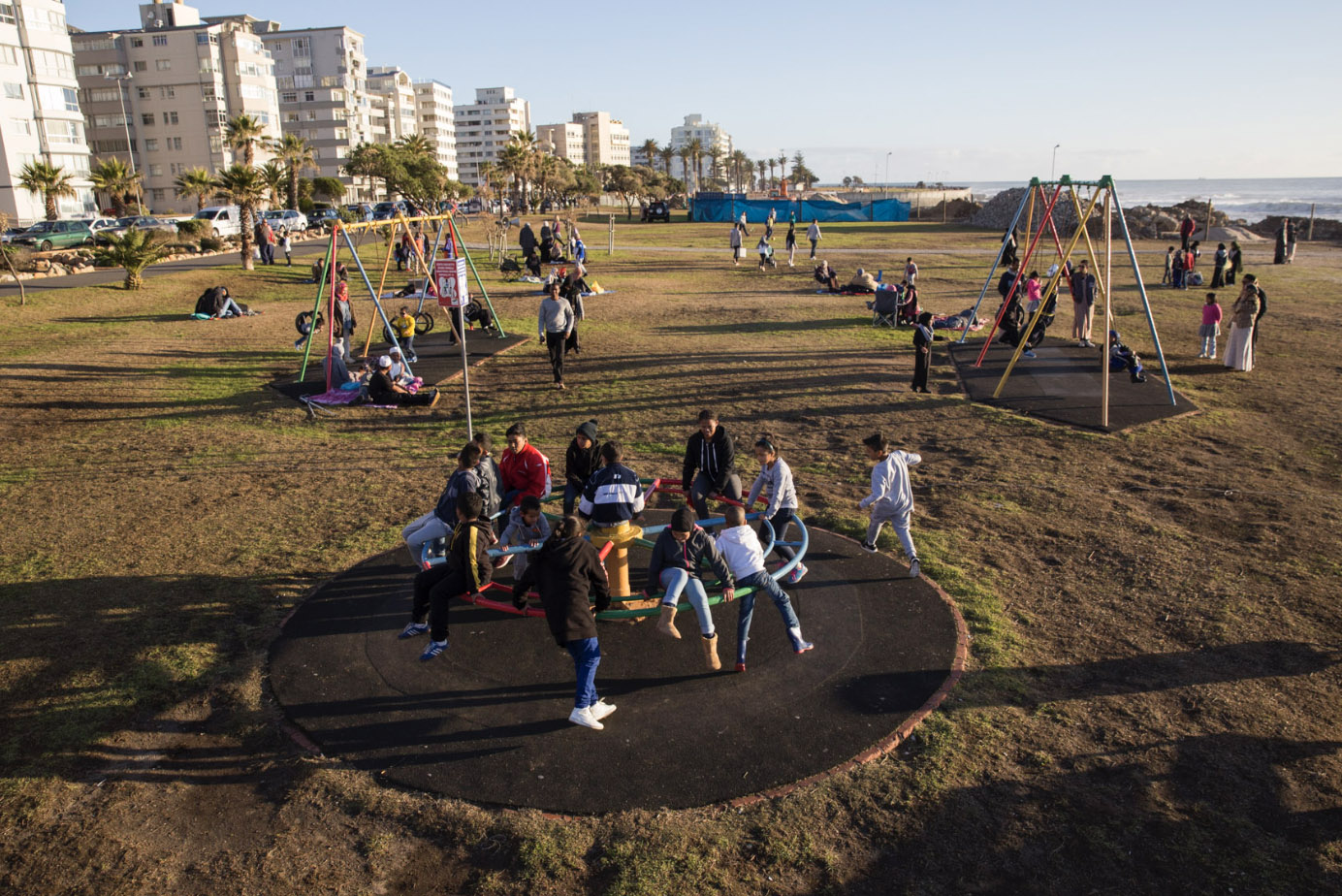 Green spaces in urban areas can be used for children to play, for spiritual rituals, exercise, social gatherings, and to grow food and medicinal plants. (Archive photo of Sea Point: Ashraf Hendricks)

Urban dwellers use what little natural space is available to them very creatively, and deserve more support. These areas must be preserved and protected, say the authors.

All city dwellers need green spaces. In South Africa, parks are mostly in rich suburbs, but people in other areas have found creative ways to use what little “green infrastructure” is available to them — often with no official help.

A recent study by Zander Venter and colleagues found that parks in South Africa occur mainly in neighbourhoods with an average of 82% higher income than areas without parks, and white-dominated neighbourhoods have 12% higher tree cover than other areas. The researchers used the Open Street Maps platform to analyse available park areas in all cities across the country. The results led them to coin the phrase “green apartheid”.

The World Health Organization recommends that a minimum of 9m2 of green space be available per person. For many people, especially the urban poor, this standard is not met.

But even where there are no parks, research by the Integrated Green Infrastructure Planning (Grip) group (a joint project of Aarhus University and the University of Pretoria funded by the Danish International Development Agency) shows that people in South Africa make use of green infrastructure in uniquely local ways.

In between the dense, rapidly urbanising neighbourhoods, South African cities still contain many semi-natural tracts of land. These were included in spatial plans as buffers between racially segregated neighbourhoods under apartheid spatial planning.

As a result, illegal dumping, vandalism and other criminal activities degrade ecological integrity and create concerns for the larger community.

Good quality, safe green spaces are essential for health. People tend to be more active when they spend time in nature, and research has shown that regular access to quality green space also has far deeper impacts on well-being. A large-scale epidemiological study in Denmark tracked access to nature for a million people from birth to ten years old and showed that being in green spaces during childhood is associated with lower risks of many psychiatric disorders later in life. This association remained even after adjusting for other factors such as genetic predisposition and socioeconomic standing.

Elsewhere, scientists have measured positive results on heart rate, blood pressure, and cognitive function after as little as five minutes spent in a natural setting. In America, quality parks have been correlated with a reduction in gang activity, though it is not yet clear if all this can be directly translated to a South African context.

Beyond the health and community benefits of access to nature, scientists are looking at nature-based solutions to climate change, such as the use of green infrastructure to reduce the impact of flooding and provide refuge from the heat.

At the time, policy had two primary objectives: tackling the legacy of apartheid by creating mixed-income neighbourhoods and developing areas that had been used to separate races, and densifying our cities. The emphasis was also on providing roads, houses and electricity to address backlogs.

Twenty years on, the net result is that we have sacrificed quality urban green spaces at the altar of densification and unplanned urban expansion. This has alarming implications for people in poor areas.

If we want to build sustainable cities, green infrastructure must be planned and developed with the communities who will use it.

In South Africa, we use green infrastructure for children to play, for spiritual rituals, exercise, social connection and picnics, and to grow food and medicinal plants. These activities have multiple benefits for our well-being as a society and deserve encouragement and protection. DM

The authors are researchers on the Grip project.