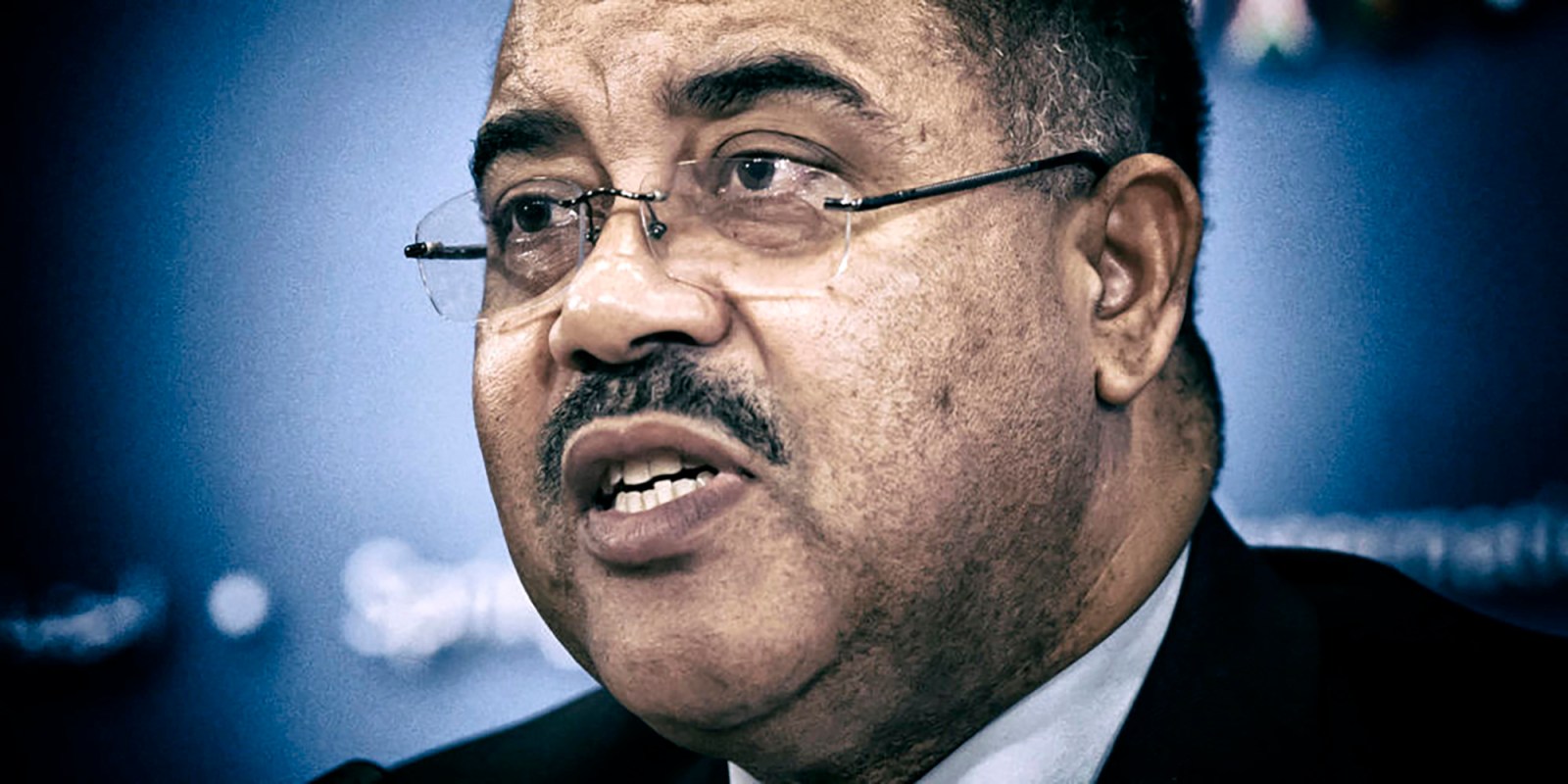 Former Mozambican finance minister Manuel Chang is awaiting extradition in a South African prison. Chang is linked to multibillion-dollar corruption in Mozambique that, some say, reaches to the highest echelons of government. (Photo: IMF / Ryan Rayburn)

After 42 months in a South African jail, former Mozambican finance minister Manuel Chang is still waiting to hear if he will be extradited home or to the United States to face corruption charges.

The charges against Manuel Chang arise from the huge “hidden debts” swindle in Mozambique. The protracted extradition proceedings against him are not quite over — but they could be, soon.

South Africa’s Justice Minister Ronald Lamola may have inadvertently let the cat out of the bag when he announced in a statement on Monday that “Mr Chang will therefore have to be surrendered to the US authorities”.

But Lamola soon corrected this statement at a press conference the same day when he said the South African courts were still, in fact, considering a request by the Mozambican government to appeal against Johannesburg High Court Judge Margaret Victor’s judgment of November 2021 that Chang should be extradited to the US.

In a new, revised statement, Lamola explained that the Mozambique government had filed an application for direct access and leave to appeal to the Constitutional Court.

This application was dismissed on 7 June 2022.

“The Mozambican government has since applied for leave to appeal to the full bench of the High Court. The matter was heard on 20 June 2022. Judgment is reserved.”

Chang was arrested on 27 December 2018 while passing through OR Tambo International Airport from Maputo en route to Dubai on vacation. South African authorities arrested him on a request from the US, which wanted to prosecute him on charges relating to about $2-billion in loans to Mozambique from international banks — loans which he had secretly signed in 2013 and 2014 when he was finance minister.

The loans were ostensibly for Mozambique to buy a fleet of tuna fishing trawlers and military patrol vessels to launch a tuna fishing industry in Mozambique which would be protected from foreign competitors.

But US prosecutors allege the entire project was really just a scam to siphon off millions of dollars into the private bank accounts of Chang and other officials of the Mozambican government. The money came from Credit Suisse, which lent some of the money, and the Abu Dhabi-based shipbuilding company Privinvest, which built the boats.

On 29 January 2019, the US government formally asked South Africa to extradite Chang to the US. It was only three days after this, on 1 February, that the Mozambique government submitted its own extradition request to Pretoria — nearly six years after Chang’s alleged offences.

This was one of the reasons why Forum De Monitoria Do Orçamento (FMO) — Forum for Monitoring the Budget, a Mozambican NGO — had asked the Johannesburg High Court to set aside Lamola’s order of 17 August 2021 that Chang should be extradited to Mozambique.

FMO argued that Mozambique’s government had no real intention of prosecuting Chang and that the Mozambican people would only hear the truth about the so-called “hidden debts” scandal if Chang testified in a US court.

Lamola updated the Chang case in a wider briefing about several high-profile extradition cases which the government is managing, including Pretoria’s protracted efforts to extradite two of the Gupta brothers, Atul and Rajesh, from Dubai.

He also updated South Africa’s attempts to extradite the evangelist preacher and self-styled “Prophet” Shepherd Bushiri and his wife Mary from their home country of Malawi.

They skipped bail in South Africa in November 2020 on several charges, including theft and fraud, and rape by Bushiri, and fled to Malawi.

Lamola and his officials detailed South Africa’s efforts to get the Bushiris back, starting with an extradition request delivered to Malawi’s Attorney-General on 5 December 2020.

Department of Justice Director-General, Doc Mashabane, clarified that after other legal objections to extradition raised by the Bushiris had been cleared away, the only matter now before the Malawi courts was whether witnesses could testify in South Africa, in the Bushiri extradition case in Malawi.

South Africa’s National Prosecuting Authority — represented by Malawi’s Directorate of Public Prosecutions — has asked the Malawian courts to allow this, arguing that it would be costly and impractical for all the witnesses to travel to Malawi to testify in person. They also argued that it would be traumatic for alleged victims of rape by Shepherd Bushiri to testify in Malawi without the support of their relatives and psychological counsellors.

The NPA argued that it would be unsafe for witnesses to travel to Malawi because of the danger of Covid infection.

The Bushiri’s lawyers opposed this application, saying the courts should insist that the witnesses could only testify in person in Malawi. The Lilongwe Magistrates’ Court agreed with them in June 2021, but the High Court overruled this court in February this year.

As Lamola noted,  Lilongwe’s chief resident magistrate had announced on 17 June 2022 that she would hear evidence from both sides on 5 August about whether the witnesses could give evidence before a competent South African court. DM