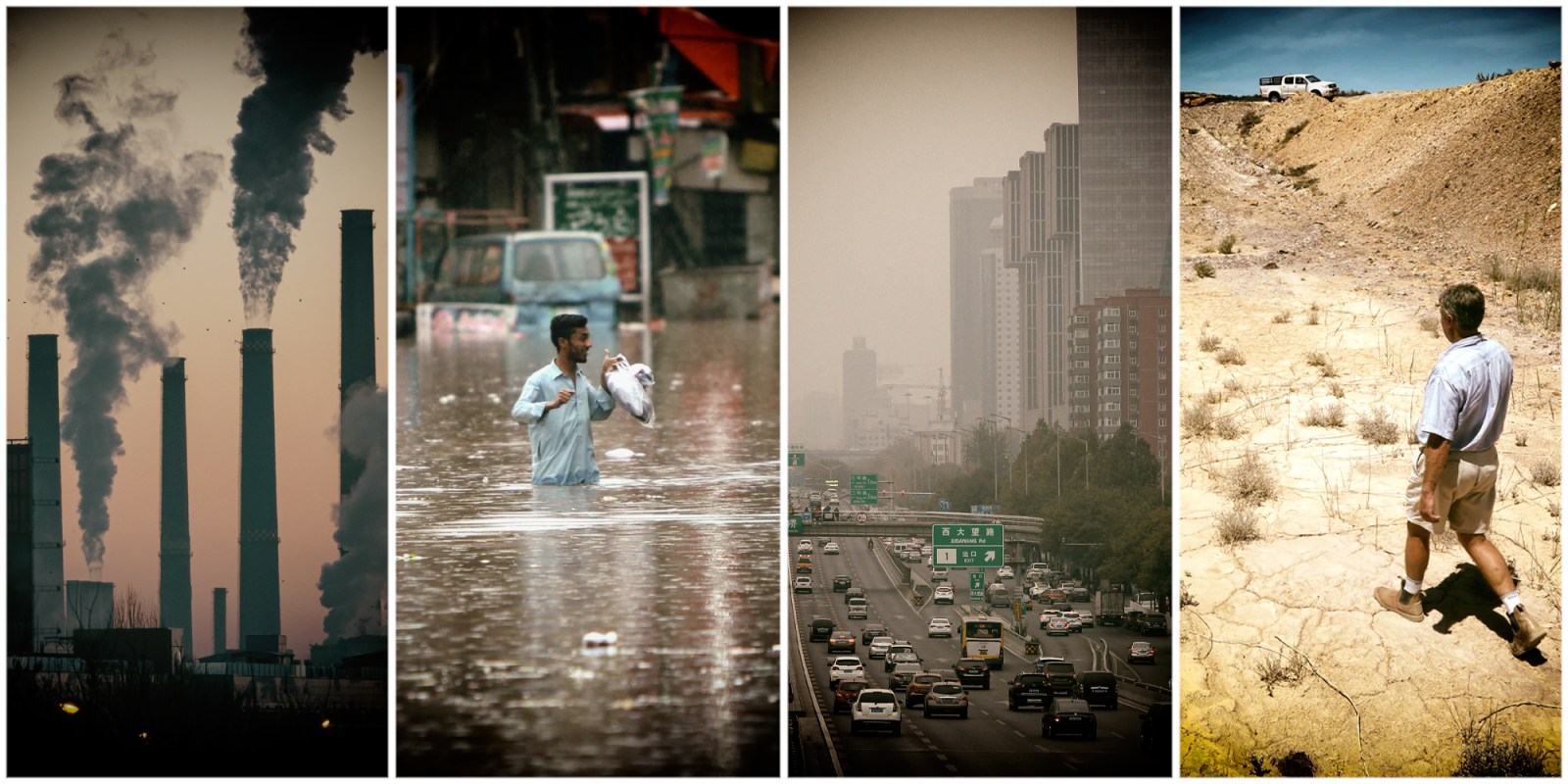 The first study to assess the economic impacts that individual countries have caused on other countries – through their contributions to global warming – shows that five national emitters of greenhouse gasses generated $6-trillion in global economic losses from 1990 to 2014. At a deeper level, the study now provides a solid scientific basis to show that anthropogenic warming constitutes a substantial international wealth transfer from the poor to the wealthy.

There is no denying it anymore – countries that have historically developed off the back of cheap and dirty fossil fuels have caused measurable financial harm to poorer countries and a new, first-of-its-kind study has the numbers and physics to back that claim up.

The authors explain that the study emphasises “that the culpability for warming rests primarily with a handful of major emitters and that this warming has resulted in the emitters’ enrichment at the expense of the poorest people in the world” adding that they “quantify those costs to individual countries and who precisely is responsible for them”.

With this integrated end-to-end attribution analysis conducted by researchers at the prestigious Dartmouth College, a sound scientific basis for climate liability claims between individual countries has been established. “The lack of scientific evidence linking individual emitters to the downstream impacts of warming has been a principal evidentiary gap in climate litigation,” the authors say. With this study, that evidentiary gap has been greatly diminished.

Among the key findings of the National Attribution of Historical Climate Damages study, is that five national emitters of greenhouse gases – through their contributions to global warming – generated $6-trillion (or roughly R102-trillion) in global economic losses from 1990 to 2014.

At a sociological level, the study offers a solid scientific basis to show that human-caused global warming “constitutes a substantial international wealth transfer from the poor to the wealthy”.

Published in the journal Climate Change, the abstract of the study lays out the context.

“Quantifying which nations are culpable for the economic impacts of anthropogenic warming is central to informing climate litigation and restitution claims for climate damages. However, for countries seeking legal redress, the magnitude of economic losses from warming attributable to individual emitters is not known, undermining their standing for climate liability claims,” it reads.

This “veil of deniability” as the authors describe it, has been lifted with this study which combines historical data with “climate models of varying complexity in an integrated framework” that quantifies each nation’s “culpability for historical temperature-driven income changes” in other countries. The study, the authors explain, provides “critical insight into climate liability and national accountability for climate policy”.

Justin Mankin, assistant professor of geography at Dartmouth College and senior researcher on the study team, answered some of Our Burning Planet’s questions about South Africa’s unique place in the study and its implications for UN climate negotiations.

In terms of damage suffered by the country as a result of global warming, “South Africa has also suffered from the warming caused by other countries’ emissions – by our estimates, South Africa’s economy would be $118-billion richer if other countries had forgone their territorial emissions over the 1990-2014 time period,” said Mankin.

Among the remarkable findings of the study is that the top five emitters – the United States, China, Russia, Brazil, and India – have “collectively caused $6-trillion in income losses from warming since 1990, comparable to 14% of annual global gross domestic product”.

However, while much of the damage caused can be attributed to a handful of countries, the distribution of these warming impacts is highly unequal. These high-emitting countries have largely benefitted while harming low-income, low-emitting countries, “emphasising the inequities embedded in the causes and consequences of historical warming”.

The authors of the study say that its analysis is an important step forward in enabling claimants to sue for climate-related harms.

“The legal requirement to prove standing in order to sue for climate-related harms means that plaintiffs must credibly link the damage they have suffered to a specific actor responsible for that damage” and “attributing economic damage to global warming writ large is not considered legally sufficient to prove the causal role of a specific emitter”, they explain adding that “the lack of scientific evidence linking individual emitters to the downstream impacts of warming has been a principal evidentiary gap in climate litigation”.

Nicole Loser, programme head of pollution and climate change at the Centre for Environmental Rights (CER) answered some of OBP’s questions about the potential implications for legal proceedings.

Loser, who was admitted as an attorney of the High Court in 2013, said: “In the last few years… the science of what they call attribution… has become far more sophisticated. [A] few years back, it was very difficult, if not impossible, for someone to say, ‘this country or this company is responsible for X amount of climate damage’.

“What that means is that in the past… we couldn’t make those causal connections, it’s a lot easier to do [now]… Whether or not a court would accept that difference, it depends. And there are a number of cases that have been brought against what they call the ‘carbon majors’… with minimal success, sometimes, but these cases are also becoming more and more common, and we are seeing some successes.

“This is a sort of area of the law that’s fast developing, and I think we’re going to keep seeing really interesting things coming out of this whole loss and damages issue,” said Loser.

Other findings of the study, particularly as it relates to the spatial pattern of economic damages from warming, are illuminating. While countries who are less responsible for historical emissions are also largely the countries most affected, the emitters are also beneficiaries. “Global income changes attributable to the US and China’s emissions over 1990–2014 each exceed $1.8-trillion in both losses and benefits; losses and benefits induced by Russia, India, and Brazil each individually exceed $500-billion.”

The Russian Federation presents an interesting case study of how global warming in some ways benefits other countries. In Decree No 3183-r of the Russian government, the first stage of adaptation to climate change is presented which defines economic and social measures to “… reduce the vulnerability of the Russian population, economy and natural objects to the impacts of climate change, as well as to take advantage of the opportunities brought about by such changes”.

Some of these “opportunities” brought about decreased energy use in cold regions, expanding agricultural areas and new opportunities for shipping and exploration in the Arctic Ocean formed by melting sea ice.

The study speaks to this reality saying that, “Losses are concentrated around 1–2% of GDP per capita across nations in South America, Africa, and South and Southeast Asia, where temperature shocks may damage economic factors such as labour productivity and agricultural yields” while on the other hand, “gains exceed 3–4% of GDP per capita in Canada, Russia, and Scandinavia; cold baseline temperatures mean that warming makes economic output easier in these countries.”

The spatial pattern of attributable damages, the authors of the study say, “has clear distributional implications”.

“Global warming to date has amplified, and will continue to amplify, this extant pattern of global economic inequality,” they write. OBP/DM