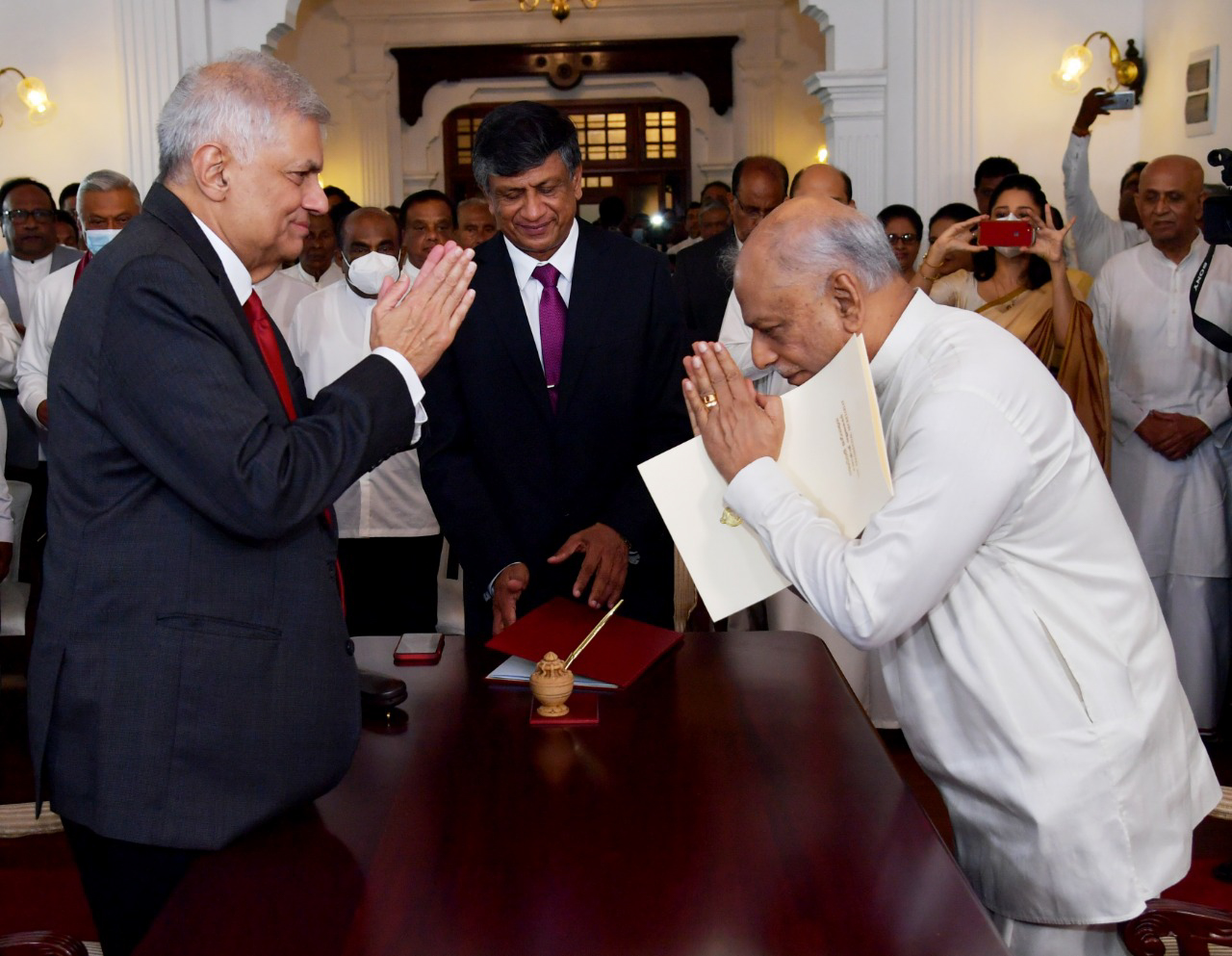 Media footage showed soldiers in riot gear and armed with assault rifles tearing down the camp, set up in April by protesters enraged by the country’s economic collapse and acute shortages of fuel, food and medicine.

Wickremesinghe, a six-time prime minister, was sworn in as president on Thursday after winning a parliamentary vote to succeed Gotabaya Rajapaksa, who fled to Singapore last week in the wake of massive public protests triggered by the country’s worst economic crisis in seven decades.

Protesters had feared a crackdown was imminent as Wickremesinghe imposed a state of emergency in the country from Monday, when he was the acting head of state, and many regarded him as an ally of Rajapaksa.

Previous emergency regulations have been used to give powers to the military to arrest protesters, and curtail the right to protest.

A representative of the United Nations, and western envoys urged the government to exercise restraint, warning that the use of force could further destabilise the island nation, whose economy desperately needs an International Monetary Fund bailout, having virtually run out of dollars to pay for vital imports.

“Actions that stifle protests and the right to peaceful assembly can worsen economic and political instability in Sri Lanka,” said Hanaa Singer-Hamdy, the United Nations resident coordinator in Sri Lanka.

“We urge restraint by authorities and immediate access to medical attention for those injured.”

Just hours after security forces moved against the protest camp, another Rajapaksa ally, senior lawmaker Dinesh Gunawardena, was sworn in as the new prime minister.

As Wickremesinghe, lawmakers and officials listened to Gunawardena being sworn in at the prime minister’s office, uniformed military officers sat on one side of the room.

Earlier, police said nine people had been arrested following the raid on the protest camp.

“A joint operation involving the military, police and police special forces was launched in the early hours to recover the presidential secretariat from the protesters as they have no legal right to hold it,” police spokesperson Nalin Thalduwa told Reuters.

Angered by the pre-dawn raids, hundreds of protesters marched from the city’s main railway station towards the Galle Face protest site, where they were held back by military and riot police manning barricades.

“The very first day he used the armed forces – this is the face of Ranil Wickremesinghe,” said Rajeevkanth Rajkumar, a construction company executive who was among the protesters. “We don’t want any more innocent people to be injured. But we will go to that place (the protest site) at any cost.”

Opposition politician Anura Kumara Dissanayake, who lost the vote for the presidency, said on Twitter: “Let’s bring down the brutal … regime that viciously attacked the protesters at Galle Face”.

Hundreds of security personnel surrounded the “Gota Go Gama” protest camp, mockingly named after Rajapaksa, after midnight and then began to tear down tents in front of the secretariat, according to protest organisers.

Security forces appeared to have taken control of the entire secretariat, which was earlier this month seized by protesters along with the president and prime minister’s official residences. The residences were later handed back to government authorities.

Protest organiser Chameera Dedduwage told Reuters they had planned to hand over the presidential secretariat to government authorities on Friday afternoon. Police said they had no information on that.

At least 50 protesters were injured in the clashes, the organisers said, including some journalists who were beaten by security forces. Hospital sources said two were hospitalised.

“They beat us really cruelly,” said Buddhika Abeyrathne, 34, a protester who witnessed the raid but did not appear injured himself. “Mr Wickremesinghe doesn’t know what democracy is.”