Fikile Mbalula calls on Prasa board to stamp out corrup...

Fikile Mbalula calls on Prasa board to stamp out corruption, threatens to wield axe 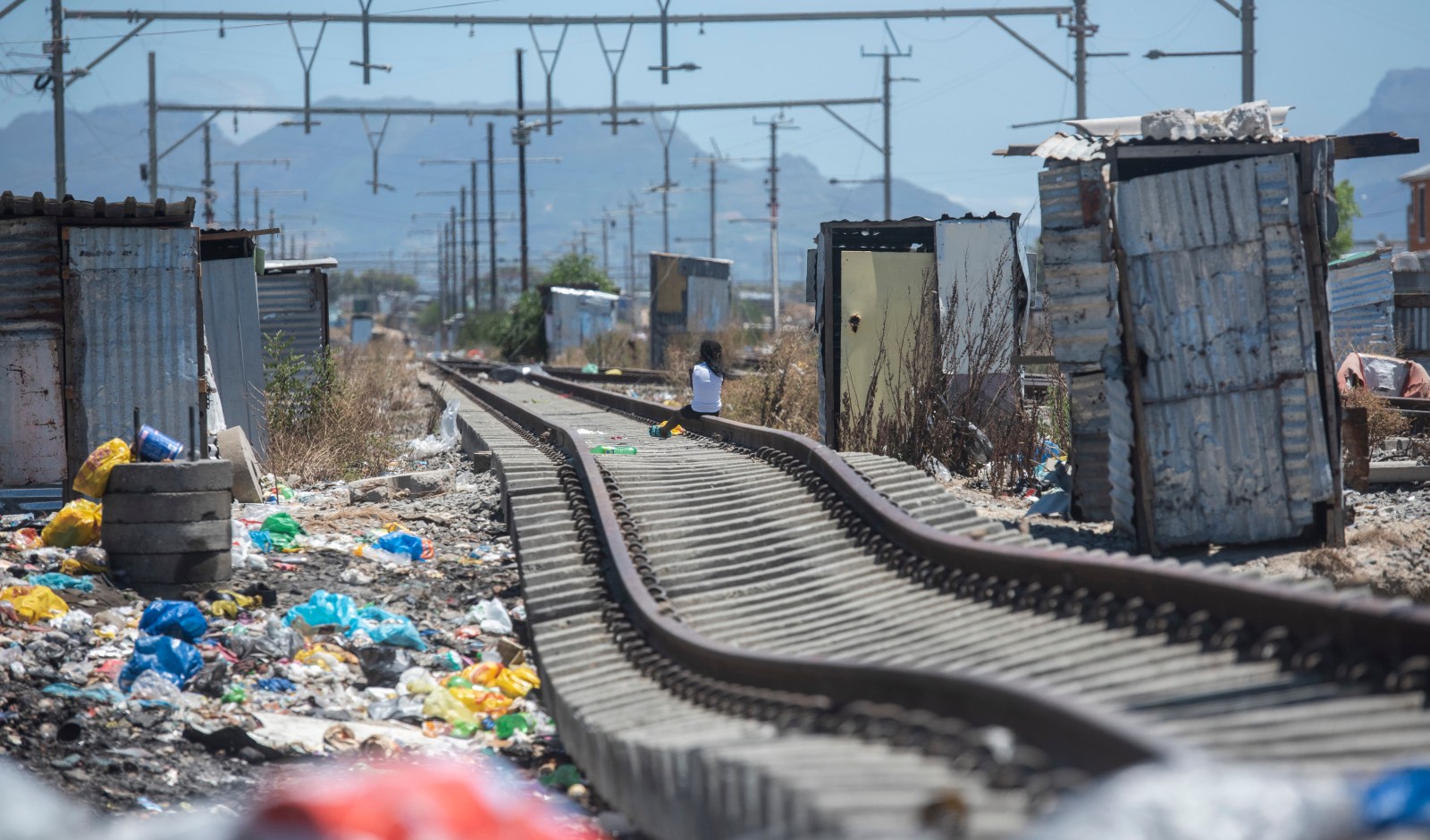 A girl sits on the disused Prasa train tracks in Philippi station on the Central Line in Cape Town. (Photo: Brenton Geach)

Transport Minister Fikile Mbalula has called on the Prasa board to deal with all forms of corruption and made it clear to board members that he will wield the axe if they fail to do their jobs. This is Part Two of a two-part series on rehabilitation plans for the network.

After years of malfeasance at the Passenger Rail Agency of South Africa (Prasa), the company is going after employees accused of corruption in an effort to end a scourge that Transport Minister Fikile Mbalula said has its roots in procurement.

Mbalula said the mandate he gave the current Prasa board was that they must deal with procurement because the supply chain at Prasa was corrupt to the core. He questioned what the board had done to implement the mandate.

“Things that were supposed to be done in two weeks here were not done. You know what… procurement, guys,” Mbalula said.

Mbalula said the very first Prasa contract that was brought before him when he took office in 2019 was fraudulent.

“I asked a question. If a contract can pass the board and then arrive at the minister’s desk, I discover, as a man who is not operational at Prasa, that it’s corrupt. What about the system itself? What about the people who approved this thing?”

Mbalula called on the Prasa board to deal with all forms of corruption and made it clear to board members that he would wield the axe if they failed to do their jobs.

“The Zondo commission itself has prima facie [evidence of corruption at Prasa]. What we need now are prosecutions. We don’t need a commission for this but we will comply because it has been recommended by a lawful judicial commission,” said Mbalula.

“Corruption is not going to end with these reports and commissions. It’s every day here, at Prasa,” he said.

“Actually, at Prasa, it’s where the Hawks and everybody should be camping. Some of them should even be employed to work here undercover to expose the thieves,” said Mbalula.

In 2013, Prasa entered into a contract with Swifambo Rail Leasing to procure 70 locomotives at a cost of R3.5-billion. The Zondo Commission concluded that the tender was “so flawed” that it must have been apparent to “any reasonable person” that it was corrupt right from the start.

“All these reports are there. For instance, if you take [the company] Siyangena [Technologies] … there was a report that Prasa boards had connived with Ferreira Siyangena, the owner of this Siyangena,” said Mbalula.

Mbalula said a high court had found in favour of Prasa that the contract with Siyangena was irregular and that the focus was on recouping public funds spent on the contract.

Prasa chairperson Leonard Ramatlakane said Prasa needed to expedite the process of procuring the locomotives acquired from Swifambo with the company Stadler in Spain after Swifambo’s liquidation.

Ramatlakane was speaking on Wednesday during an announcement of interventions undertaken for the financial and operational recovery of the company’s rail infrastructure.

“The truth is those trains are not too tall to go under the bridge. That is something else for another day. At the moment, [of] the 13 locomotives here under the Stadler agreement, seven were auctioned before our arrival in Spain and raised only R65-million. So that process was halted to find a way to address this because to continue with it would have been like throwing money into a fire,” Ramatlakane said.

(Ramatlakane appears to have also made slanderous remarks about Daily Maverick Scorpio investigative journalist Pieter-Louis Myburgh, who exposed the bulk of Prasa’s corruption. Daily Maverick will address these remarks over the coming days. – Ed)

He said 44 Prasa employees were implicated in the Swifambo contract. Some were undergoing internal disciplinary processes and 33 had been suspended, 11 of whom had tendered voluntary resignations.

Prasa CEO David Mphelo said of the 33 suspended employees, 19 of the cases were complete. Four employees were fighting their suspensions in court, four had been dismissed and the cases of another six were still in progress.

The beleaguered passenger rail agency has embarked on a costly recovery process after criminals caused incalculable damage to the company’s rail network infrastructure, much of which occurred during the height of the Covid-19 lockdowns.

He said Prasa was a capital-intensive company faced with a problem of procurement and that when staff joined the company, “They focus on Project Stealing. Our project here is a project to recover.”

Mbalula promised to throw his weight behind the Prasa board in its endeavour to end corruption and recover. He said the board needed to deal with ineptness and consequence management at Prasa, especially where tenders are concerned.

“You are the board. You have to reach your deadlines. Failure to help me will be your downfall,” said Mbalula. DM

Read Part One in this Daily Maverick series: “Trains to return in 10 of South Africa’s rail corridors by September, vows Mbalula“