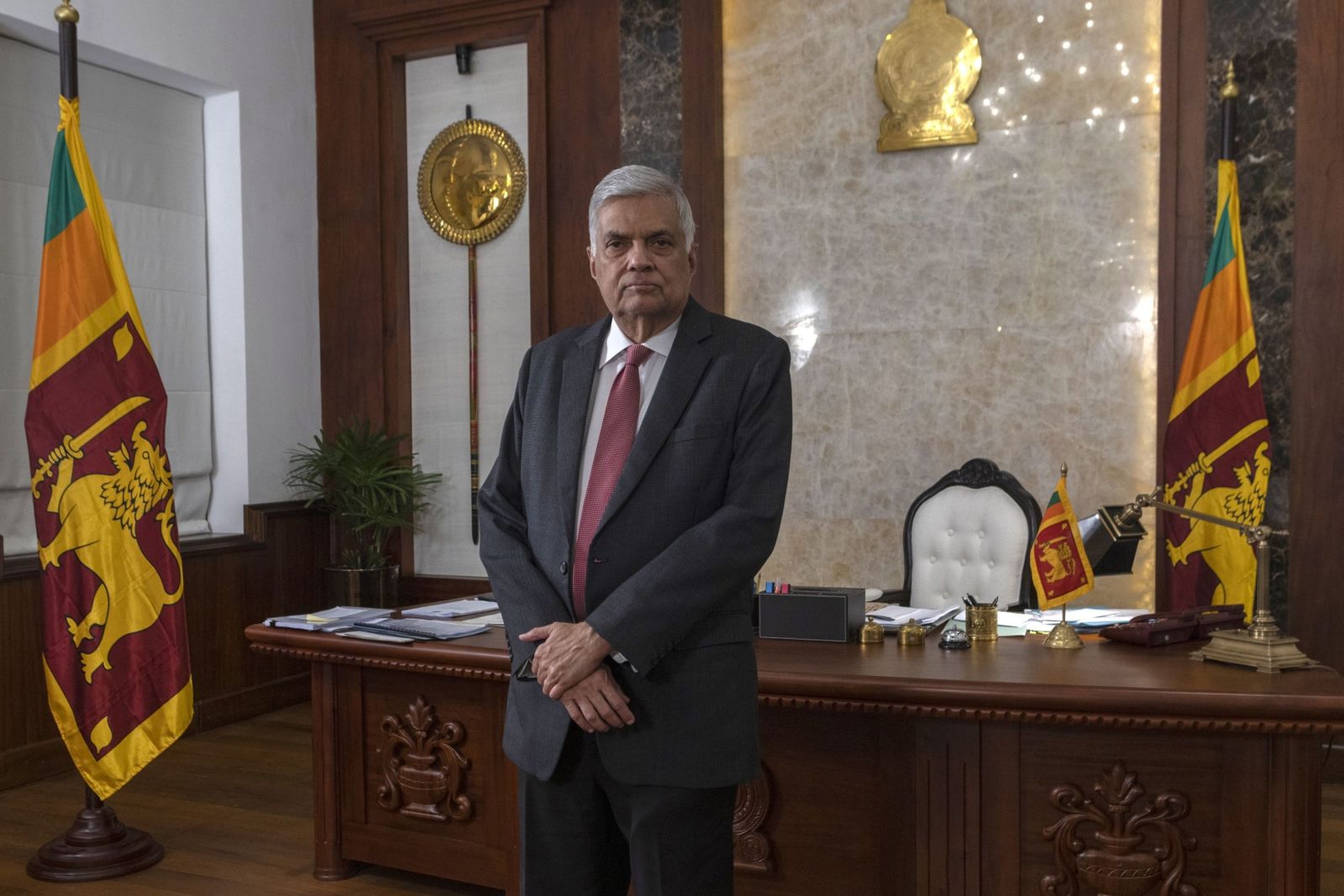 Ranil Wickremesinghe, Sri Lanka's prime minister and finance minister, during an interview in Colombo, Sri Lanka, on Wednesday, May 25, 2022. The bankrupt nation will slash its budget expenditure tobare bones and hopes to break even or post a primary surplus of 1% of gross domestic product by 2025, Wickremesinghe said in the interview in his office.

Whoever wins will serve out the remainder of former president Gotabaya Rajapaksa’s term, which ends on November 2024. More pressingly the new president, who holds executive powers, needs to ensure supplies of food, fuel and medicine in the bankrupt nation where inflation is seen touching 70%.

Sri Lanka’s parliament is set to vote in a new president on Wednesday to replace Gotabaya Rajapaksa, who fled the country and resigned in the face of escalating protests over the country’s worst economic crisis since independence.

A three-way contest has emerged for the next leader with two of the candidates linked to factions in Rajapaksa’s ruling party. This suggests the former leader and his powerful family will continue to have some sway over the incoming government as it negotiates with the International Monetary Fund for urgent loans.

“This presidential race is uncharted territory for Sri Lanka,” said Bhavani Fonseka, a senior researcher at the Colombo-based Center for Policy Alternatives. “While the political instability needs to be resolved, there really needs to be a focus on the economy and the wellbeing of the people of Sri Lanka.”

The frontrunner in the race is acting President Ranil Wickremesinghe, who was brought in as prime minister by Gotabaya Rajapaksa after his brother Mahinda Rajapaksa stepped down following violent protests in May. He was nominated by the ruling Sri Lanka Podujuna Peramuna Party.

Ranil Wickremesinghe, Sri Lanka’s prime minister and finance minister, during an interview in Colombo, Sri Lanka, on Wednesday, May 25, 2022. The bankrupt nation will slash its budget expenditure to “bare bones” and hopes to break even or post a primary surplus of 1% of gross domestic product by 2025, Wickremesinghe said in the interview in his office.

If Wickremesinghe wins, this would not sit well with protesters who have demanded he step down due to his connections to the Rajapaksa family. They also contend he has done little to resolve the political and economic crisis.

Outside the presidential secretariat Tuesday, demonstrators burnt an effigy of Wickremesinghe who declared an emergency ahead of the vote.

Wickremesinghe’s main competitor is Dullas Alahapperuma, a stalwart from the ruling party who was nominated by opposition leader Sajith Premadasa and backed by a coalition of Sri Lankan parties including a growing faction within the SLPP.

To counter concerns of the Rajapaksas’ influence, Alahapperuma has promised to appoint Premadasa as prime minister and install a government made up of parties across the political spectrum.

Wickremesinghe hasn’t laid out his plans but allies have told local media that several lawmakers from various parties have agreed to back him in parliament so that he can form an all-party administration.

The race is likely to be tight and the next president needs to win 50% of votes cast, or 113 in parliament if all lawmakers submit their ballots on Wednesday 10am. A third contender, left-leaning member of parliament Anura Kumara Dissanayake, has also joined the fray from the opposition Janatha Vimukthi Peramuna, promising to hold national elections within six months.

Whoever wins will serve out the remainder of Gotabaya Rajapaksa’s term, which ends on November 2024. More pressingly the new president, who holds executive powers, needs to ensure supplies of food, fuel and medicine in the bankrupt nation where inflation is seen touching 70%. BM