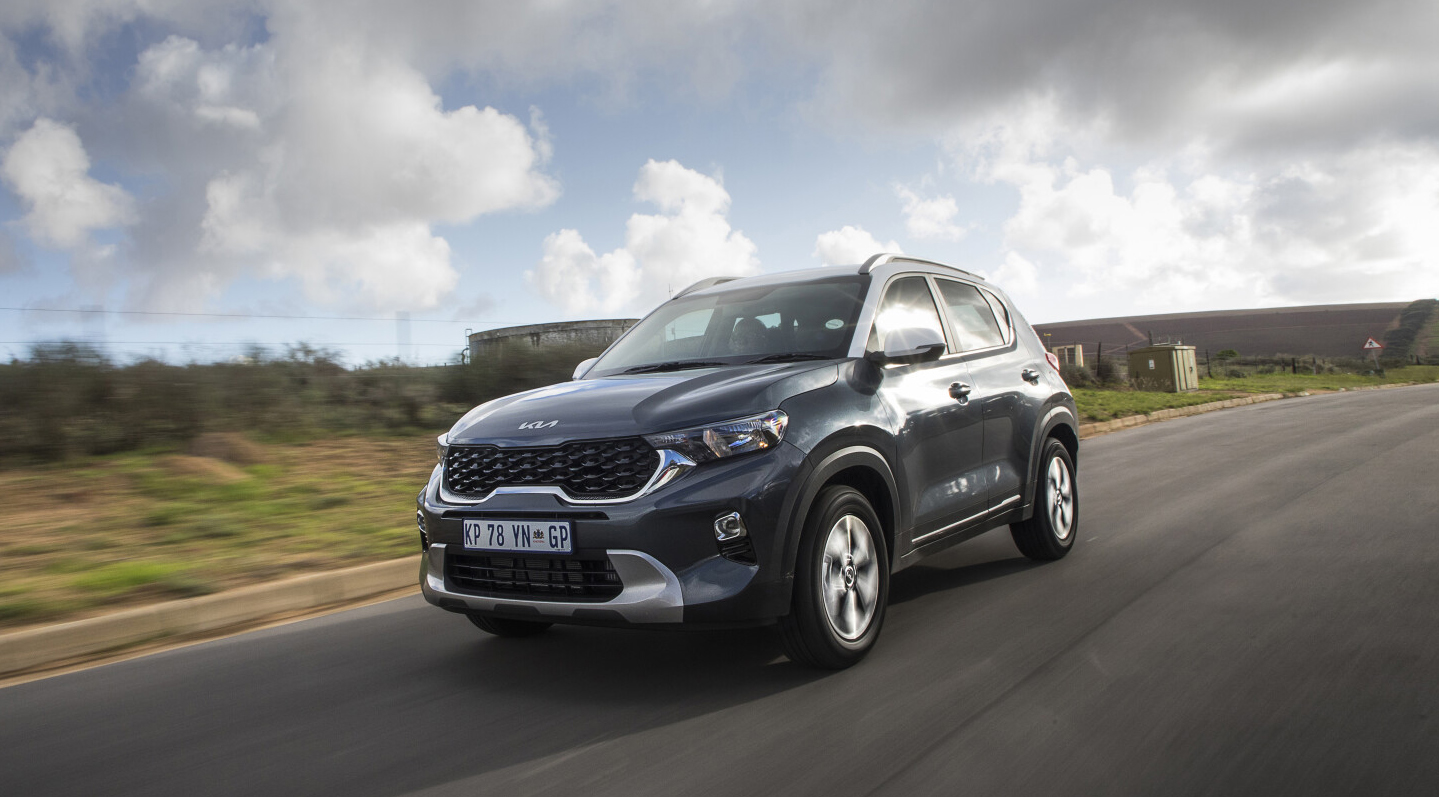 In an overcrowded compact SUV segment, the new Kia Sonet Turbo stands out with trusted safety systems and competitive pricing.

Whenever people discover that I’m a motoring writer, “What car would you buy?” often follows. Of course, this could be answered in various ways, depending on how much dosh is at hand.

In a dream world, I would probably nab a naturally aspirated 5.0-litre V8 Lexus LC500 convertible with its old school shrieks and growls. If I was opting for a greener alternative, I’d be hard-pressed choosing between the all-electric suave Jaguar I-PACE, the new hi-tech Audi e-tron or the impressive BMW iX. On the other hand, if I was considering practicalities and looking for an on- and off-road dream steed, I’d jump into the mighty Ford Ranger Raptor.

If money was too tight to mention, and I was constrained by say a sub-R400,000 budget, I’d definitely opt for the Kia Sonet. Since launch in May last year, the 1.5-litre Sonet has attracted glowing reviews from the local motoring media. It was a finalist in the 2022 South African Car of the Year ‘Compact’ category, and as a juror, it was in fact my top pick in the highly competitive crossover segment.

This division is currently also a highly populated one locally – it feels like every other week a new contender is introduced to what appears to be an insatiable market. Think Toyota’s Urban Cruiser, Hyundai’s Venue, Volkswagen’s T-Cross, Mahindra’s XUV300, Honda’s W-RV, the Renault Kiger, Suzuki Vitara Brezza – the list goes on. And then of course, there’s the popular Ford EcoSport, the forerunner of this crossover craze, launched back in 2012.

It’s clear why manufacturers are eager to grab a slice of the compact crossover pie. Since 2016, this segment has grown by a whopping 31% and there seems no end to its dominance. One probable reason for this growth is the “buy down” trend, with cash-strapped consumers opting for smaller engines, more frugal consumption, and generally more affordable alternatives.

While Kia SA had a great product last year in its Sonet, as was the case for many manufacturers, a lack of stock scuppered their plans to make serious inroads into the segment. In fact, for every Sonet sold since launch, there have been three back orders. In India, where Kia’s crossover is produced, and where there clearly is plenty of stock, the wildly popular Sonet sells every two minutes.

Until recently, Kia’s only engine on offer was the 1.5 naturally aspirated four-cylinder petrol. However, research shows that customers in this segment are looking for some added power and better fuel returns, with a 78% uptake for turbo, versus 22% for naturally aspirated engines.

And so with the recent launch of its new turbocharged 1.0-litre, three-cylinder petrol unit, good for 88 kW/172 Nm, the local arm of the South Korean manufacturer will be hoping to lure loyal Ford and VW customers away from their turbo-charged EcoSports and T-Crosses. Unlike its 1.5-litre derivatives, the 1.0 T-GDI Sonet is only available with a seven-speed DCT dual-clutch automated transmission, with power going to the front wheels.

On a drive around the Cape Peninsula, the Sonet felt safe and sure-footed, with its dual clutch auto gearbox seamlessly mated to that small turbo engine. It was powerful enough to overtake and while it’s no boy racer, it even felt quite zippy at times and surprisingly quiet with almost no discernible road noise. With the rising fuel price eliciting many a four-letter f-word from consumers, the Sonet came in at around a respectable 6.5 litres/100km, pretty close to the manufacturer’s 6-litre claim.

One of the first things I noticed was its premium interior. It also has up-to-date tech and unusually generous drive and safety systems. The Sonet turbo comes in two trim levels – the EX and EX+ – and is undoubtedly one of the most feature-rich crossovers in its segment. For instance, the “entry” EX includes an 8-inch HD touchscreen infotainment system with wireless Apple CarPlay and Android Auto, a leather-trimmed steering wheel and gear shifter, a height-adjustable driver’s seat and 16-inch alloy wheels.

But it’s on the safety front where the Sonet 1.0 T-GDI EX achieves its respectability. First prize is its all-important Electronic Stability Control (ESC) – strangely not present in some of its competitors such as Toyota’s Urban Cruiser or Suzuki’s Vitara Brezza. Additionally the “entry level” turbo Kia has systems including ABS with EBD, Hill-start Assist Control (HAC), Automatic headlamp activation, ISOFIX child-seat anchoring points and dual front airbags.

At the media briefing, time was spent comparing the Kia’s 1.0 Sonet to its  competitors. For instance, the Hyundai Venue Glide, the other South Korean manufacturer’s 1.0-litre turbo offering, has 40 litres less boot space and is almost R50k more expensive than the Sonet. VW’s popular turbo T-Cross  Comfortline is marginally longer in size, but has 20 litres less boot space, 3kW less power and is R30k more expensive than the Sonet, although it’s claimed that it is more frugal at the fuel tanks, at 4.8 litres/100km. The VW has a three year/120,000km warranty, whereas the Sonet’s is a five-year one with unlimited kilometres.

It must be said that the Ford EcoSport has a number of attractive offerings, in both manual and auto guise, by way of its celebrated 1.0 Ecoboost engine. The EcoBoost 1.0 Active 6AT is probably the closest to the top-of-range Sonet and costs just R4,000 more than its South Korean competition. It has seven airbags and is slightly more powered with an additional 4kW, but its four-year warranty falls short of Kia’s five.

At launch, Kia was confident that its stock issues have been sorted out. Overall it’s my pick of the bunch among a strong lineup of competition and so, stock-willing, there’s no reason why this Sonet shouldn’t be right up there in the battle for numbers. Let the compact SUV Turbo games begin!