Race for UK leadership heats up as rivals vie for run-o... 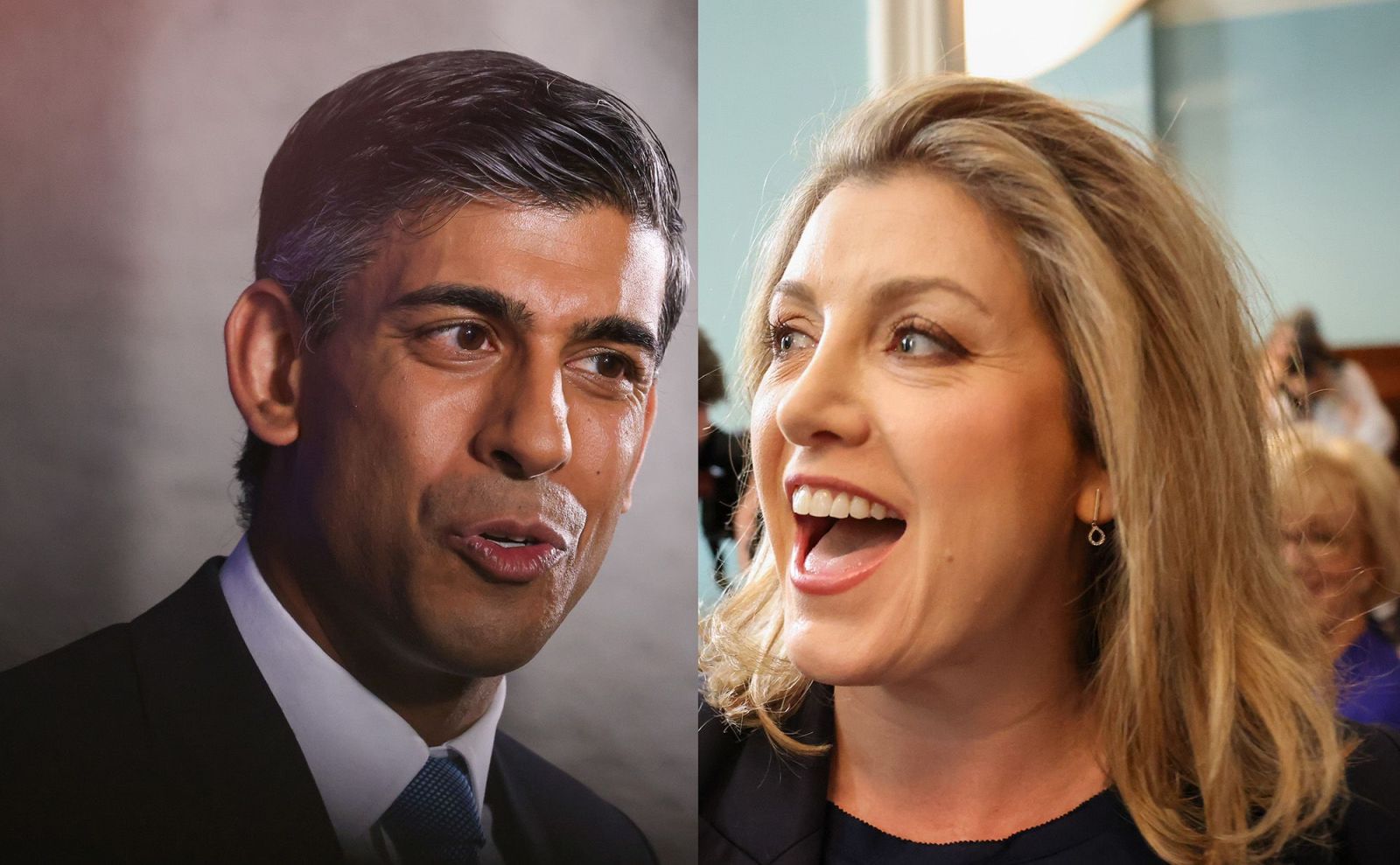 The battle to succeed Boris Johnson is heating up, with Penny Mordaunt, Liz Truss and Kemi Badenoch vying to join Rishi Sunak in the final run-off after a vote on Monday left the race for second wide open.

Conservative Party MPs will vote for a fourth time on Tuesday in the contest to elect Johnson’s successor as party leader and UK prime minister, after the latest ballot left Rishi Sunak looking almost certain to make the top two. He secured 115 votes – up 14 on last week and just five short of the 120 he needs to clinch it.

Less certain is the battle for second. Penny Mordaunt, the former defence secretary, remained second on 82 votes. But the momentum behind her campaign appeared to have stalled as she lost one supporter. Foreign Secretary Liz Truss closed the gap, gaining seven votes for a total of 71. And Kemi Badenoch gained nine for a tally of 58. Tom Tugendhat, the most centrist remaining candidate, was eliminated.

At stake is a chance for two of the candidates to make their case to Tory party grassroots members. The field will be narrowed down to a final pair this week, with the wider party membership making the final decision. The new Conservative leader – and prime minister – will be announced on 5 September.

After the result, Sunak late on Monday pledged to crack down on crime if he wins the leadership, including plans to introduce harsher sentences for criminals who dodge court.

Attention will now turn to Tuesday’s ballot and who can win over the supporters of Tugendhat, who ideologically most resembles Sunak.

While Truss failed to knock Mordaunt out of the key second spot, she’ll be heartened by closing the gap. Nevertheless she gained just a fraction of the 27 who had backed Suella Braverman last week, despite the attorney general endorsing Truss when she was eliminated from the contest.

The foreign secretary has struggled to impress in televised debates, with some Tory MPs on the right of the party preferring Badenoch.

But while Badenoch gained more new votes than Truss or Mordaunt, she still has a sizable deficit to make up in less than 24 hours if she’s to progress further. Badenoch has never held a cabinet position, but has proved popular with the right wing of the party, propelled by the support of senior Tory Michael Gove.

With further votes scheduled for Tuesday and Wednesday, the picture can still change, and much will depend on who Tugendhat’s supporters choose to back. Trade Secretary Anne-Marie Trevelyan, who had backed him, told Sky News that his supporters would move “as a pack” and decide who to endorse Tuesday morning.

That could prove crucial – if he chooses to support Sunak it would likely secure the former chancellor’s spot in the top two, but if he decides to back his fellow outsider in the race, Badenoch, it could propel her into third or second place, bumping Truss from the contest.

“People are ready for a clean start and our party must deliver on it and put trust back into politics,” Tugendhat said in a statement after his elimination.

The contest has grown hostile, with a televised debate on Sunday at times descending into clashes over the government’s handling of the economy, and promises of tax cuts that even some Tories have slammed as being unrealistic.

It was exactly what the Conservative Party was trying to avoid when it announced an accelerated contest. On Monday, Sky News said it would cancel its debate after Sunak and Truss pulled out.

Sunak and Mordaunt have borne the brunt of the attacks from rival campaigns, with Truss accusing Sunak of choking off growth as chancellor by raising the UK tax burden to its highest level in 70 years.

Backers of Truss have also taken aim at Mordaunt, whose momentum surprised the foreign secretary’s camp. Amid attacks from former Brexit negotiator David Frost and Chief Secretary to the Treasury Simon Clarke, Mordaunt has urged a more measured approach – while pointedly saying she would be open to taking part in televised events as her rivals backed out.

Earlier on Monday, Mordaunt’s boss, Trevelyan accused the junior minister of spending some of her time over the last few months preparing her leadership campaign.

“There have been a number of times when she hasn’t been available, which would have been useful, and other ministers have picked up the pieces,” Trevelyan told LBC Radio.

In the coming ballots, Mordaunt will need a good proportion of Tugendhat’s votes to clinch the second spot, while Truss knows her best chance is taking Badenoch’s backers if she’s knocked out in Tuesday’s round. BM