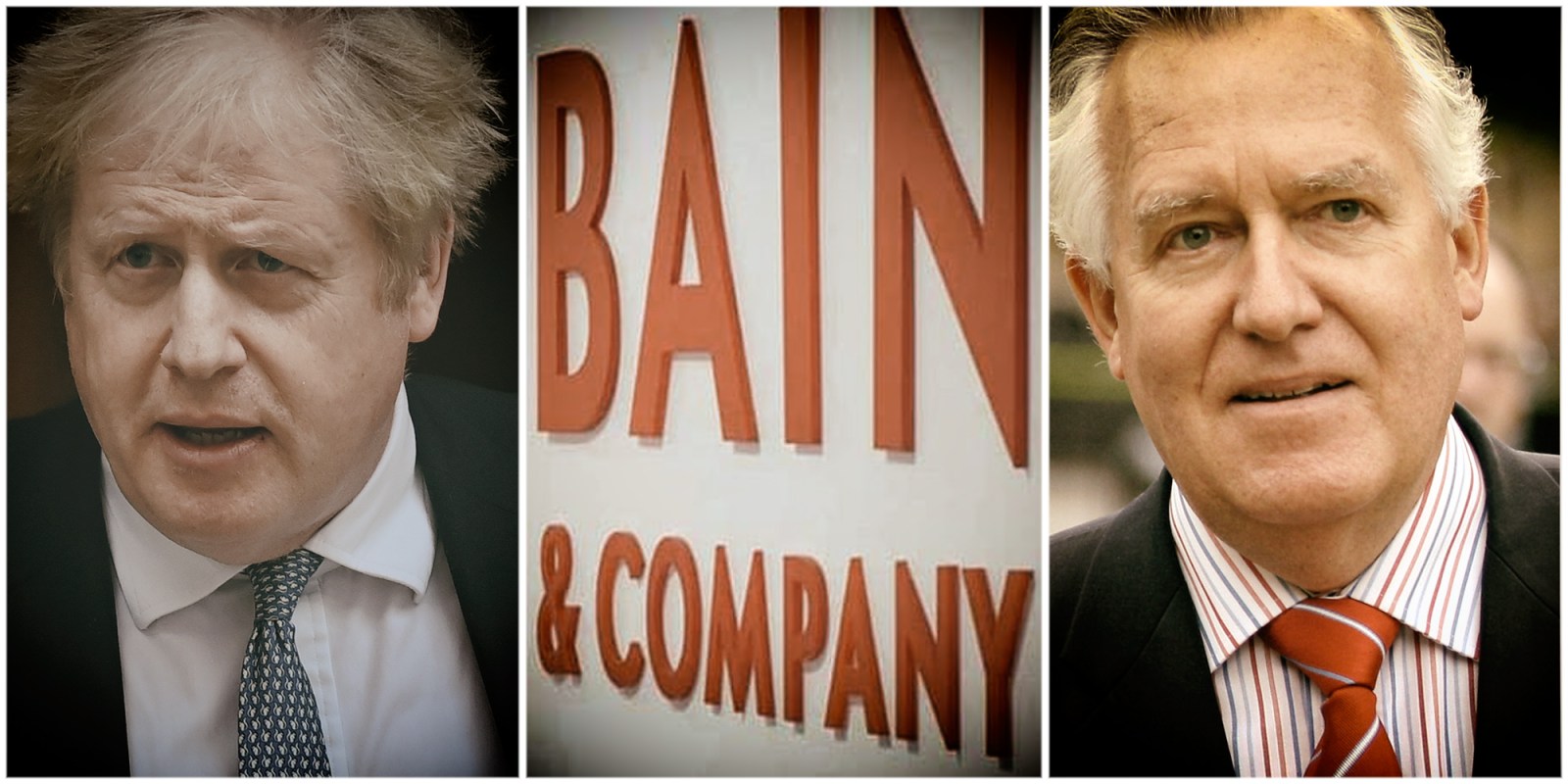 Britain’s Lord Peter Hain has proposed legislation to ban Bain & Co and other global consultancies from winning public sector tenders in the UK because of their role in South Africa’s State Capture scandal.

Lord Peter Hain told the UK’s House of Lords on Monday that the Public Procurement Bill, which intends to consolidate and reform the UK’s public procurement system, should include provisions to allow the government to explicitly bar companies such as Bain & Co from tendering for public sector contracts.

His proposed amendments to the bill would enable British ministers to ban any company which had acted unlawfully or unethically, either in the UK or any other country where it was operating.

Hain was born in Kenya to South African parents and was a leader of the anti-apartheid movement in Britain. He later held several cabinet portfolios in the Labour Party government of Tony Blair.

He noted that the Zondo commission of inquiry into State Capture — before which he had testified — had “condemned Bain’s deliberate immobilising of the South African Revenue Service (SARS) as ‘unlawful’ ”.

The commission had recommended that law enforcement authorities examine every public sector contract Bain had won with a view to possible prosecution.

Bain had used its expertise to disable SARS’s ability to collect tax and pursue tax evaders, “all in the service of their corrupt paymasters”. Hain said.

“Yet this is the very company that works across our government and across our economy, influencing our public institutions and impacting millions of British lives.

“Bain would have us believe that what happened in South Africa was the work of one rotten apple. But its South African office’s work was endorsed by leaders here in London and its US headquarters in Boston, and many senior people currently working for Bain in London were in the South African business during the corrupt Zuma era.”

They were now working in Bain’s London office through which it consulted to British public institutions and businesses.

Hain said taxpayers’ money should not be spent on such companies. But, more importantly, they should not be allowed into the inner workings of the UK’s public institutions.

South Africa had allowed that to happen “and this led to devastation. This is a warning to us,” Hain said, adding that he was asking both the UK and US governments to immediately suspend all public sector contracts with Bain and to bar it from entering new contracts.

Hain noted that he had proposed this to Prime Minister Boris Johnson in February and this had led to cabinet officials meeting with Bain. Cabinet minister Jacob Rees-Mogg had written to him in March, but his letter showed he had been swayed by Bain’s “superficial internal changes and repayment of only a small fraction of the fees they earned from South African public sector contracts.”

Rees-Mogg had assured him that the Cabinet Office would monitor the situation and engage with Bain to “determine the most appropriate set of actions”. But Hain said he had seen no such actions and it seemed the cabinet was instead shelving any action.

However, Hain told Daily Maverick that Rees-Mogg had invited him to a meeting on Wednesday to discuss Bain.

‘Tip of the iceberg’

He said that “Bain’s shockingly shady behaviour in South Africa is just the ‘tip of the iceberg’. The prodigious looting, corruption and money laundering under former president Zuma would not have been possible without the complicity of additional companies such as KPMG, McKinsey, SAP, Hogan Lovells and the banks HSBC, Standard Chartered and Baroda.”

Global banks like HSBC, Standard Chartered and Baroda had laundered this looted money through less regulated jurisdictions like Dubai and Hong Kong, or British Overseas Territories in the Caribbean.

Lawyers and accountants had assisted the Guptas to set up complex “shell” (“front”) companies, hiding their true owners and enabling money to be moved to a country where there was low transparency.

“Global brand names from KPMG to McKinsey, from HSBC to Standard Chartered, all profited while the Guptas hid and spent stolen funds that could otherwise have been destined for essential South African public services, job creation or infrastructure, leaving South Africa’s public finances near-bankrupted and its growth stalled.”

Hain said unless the UK, US, Chinese, Indian and UAE governments cooperated, “state capture will happen again, either in South Africa, or other countries.” International criminals continued to loot and launder money with impunity through centres like London, New York, Hong Kong, Delhi and Dubai, Hain said.

“Ministers talk the talk on corruption, but refuse to take the necessary tough action against guilty big corporations to stop it.

“Meanwhile financial crime is estimated by the United Nations Office on Drugs and Crime, to be worth around five per cent of global GDP, or $2-trillion, each and every year.”

Hain said the UK now had an opportunity to stop this theft, at least as it related to Bain and similar companies. He said Bain had still not fully disclosed its activities in South Africa or made amends for it.

He proposed two amendments to the Public Procurement Bill which would have the same objective, but use different means. Amendment 184 would enable cabinet ministers to use legislation to bar certain companies from tendering for public sector contracts on the grounds of illegal or unethical behaviour.

Amendment 187 would enable cabinet ministers to publish guidance against the government accepting tenders from such companies. This would be faster, but could be challenged by anyone who believed the government had acted unjustifiably.

Hain told Daily Maverick that his amendments would not be voted on at this stage, but at the report stage of the bill in September or October.

He noted his amendments had been signed by the former Head of the UK Civil Service, Lord Kerslake, among others. DM