A Pretoria community finds a way to clean up the enviro... 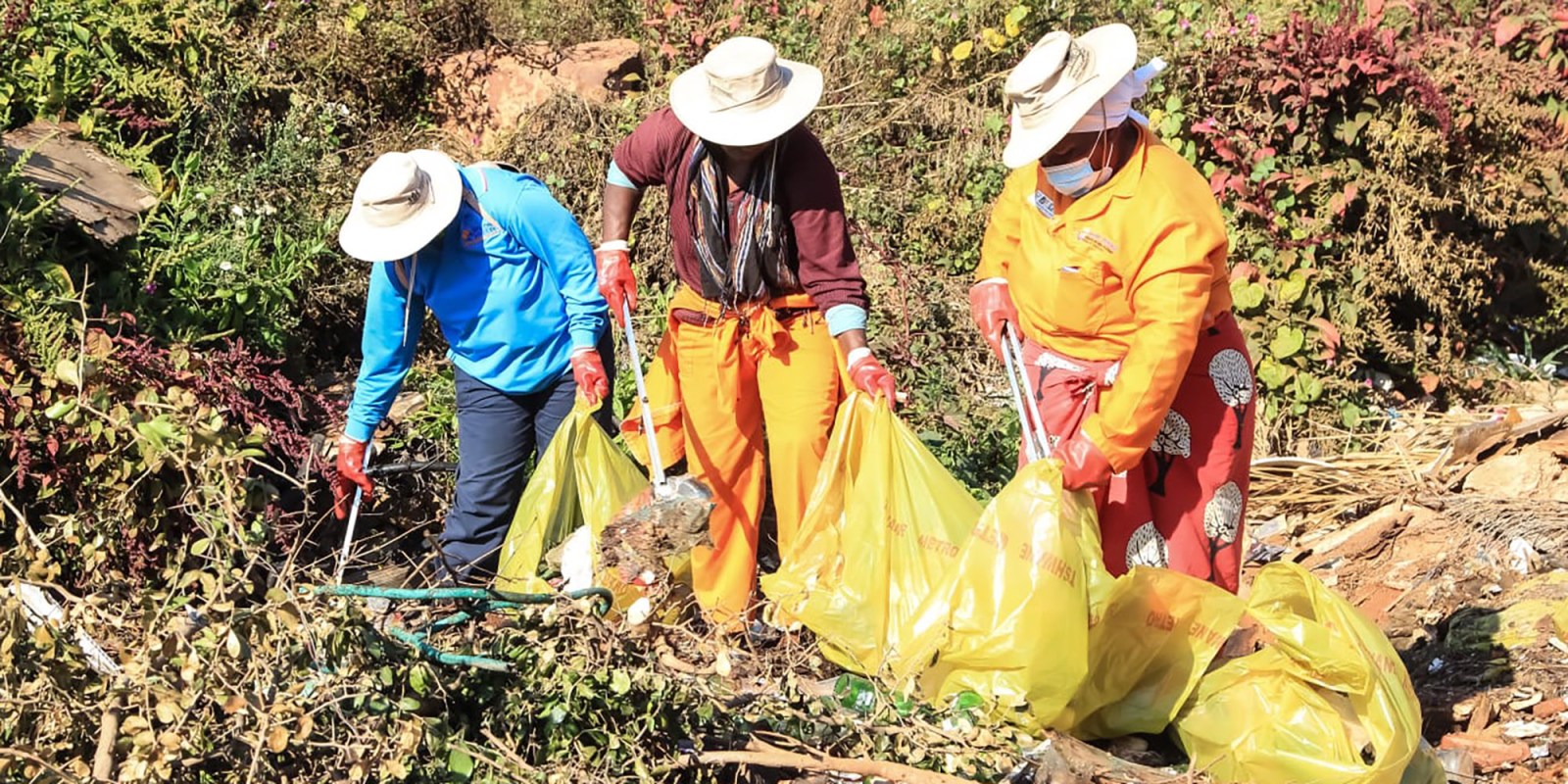 Residents of Saulsville township in Pretoria are busy with a project that will help them put food on the table while fighting pollution at the same time.

Struggling residents of Saulsville in Pretoria have come together and are turning illegal dumpsites into food gardens that will feed their families and the community.

After noticing an increase in dumpsites and littering in Saulsville, west of Pretoria, a group of 70 unemployed people started the Soulbent Project, a non-profit organisation that focuses on turning wastelands into food gardens.

The project’s founder, Mashudu Makhando, said the aim of the project was to clean up litter and keep rivers from being polluted by plastic and toxic waste.

“Rivers in our area were polluted and that posed a danger to aquatic animals. We noticed there were many illegal dumping sites near the streams in our wetlands.”

Makhando said they decided in 2007 to form the Soulbent Project to keep the area clean and turn the illegal dumpsites into vegetable gardens that could feed the people in their area.

“Our vegetable garden is assisting our community with food security as a lot of people lost their jobs because of Covid. We aim to give back to the community,” he said.

According to the project’s Moses Makgopa, they have planted spinach, carrots, onions, potatoes, tomatoes and beetroot.

“We hope to turn every illegal dumping site in Saulsville into a vegetable garden that will help fight poverty in the area. We also hope to have a greenhouse where we can plant more vegetables to feed our people,” Makgopa said.

Saulsville resident Thabang Pitsi said the project had helped many families put food on the table.

“The vegetable garden helps those who have nothing, as we get vegetables for free. The area is no longer as dirty as it used to be,” said Pitsi.

He applauded Soulbent Project for cleaning up the community and helping people have something to eat.

“Our river banks are no longer dirty and residents are encouraged not to do illegal dumping and littering.”

Pitsi said even though the project was just a group of volunteers, they were doing a lot for the community they lived in.

“On Mandela Day, 90 volunteers and community members collected 676 bags of litter in ward 68 in the Saulsville informal settlement. They also painted 10 trees in our area,” he said.

The project’s secretary, Rofhiwa Mudau, said Soulbent was a registered non-profit organisation with 70 volunteers who work from Monday to Friday.

“If we are not busy cleaning the rivers and dumpsites, we are busy educating communities by raising awareness about the environmental impacts of waste and littering.

“If we don’t start taking care of our environment now, the toxic waste and pollution will eventually kill us and all the living creatures in our rivers,” Mudau said.

She said it was time for people to take action and protect the planet.

Another project member, Richard Matsenga, said their focus was not only on illegal dumping sites, but also on cleaning up streets, rivers, wetlands and canals.

Part of the solution

“The clean-up came after we noticed that on every corner in our streets, there is an illegal dumping site. Our love for the environment and our country led us to taking steps and organising unemployed people to be part of the solution,” Matsenga said.

He said people thought it was the duty of the government to clean their streets, not knowing the environmental impact and the health hazards that were caused by dumping waste.

“Our focus is not only in Saulsville. We also clean Atteridgeville, Lotus… and we plan to expand this to other areas. Soulbent Project is now acknowledged all over the world — we are a proud member of global change,” he said.

Soulbent is part of the Global Waste Cleaning Network which incorporates 182 countries and focuses on environmental protection and green energy. DM/OBP