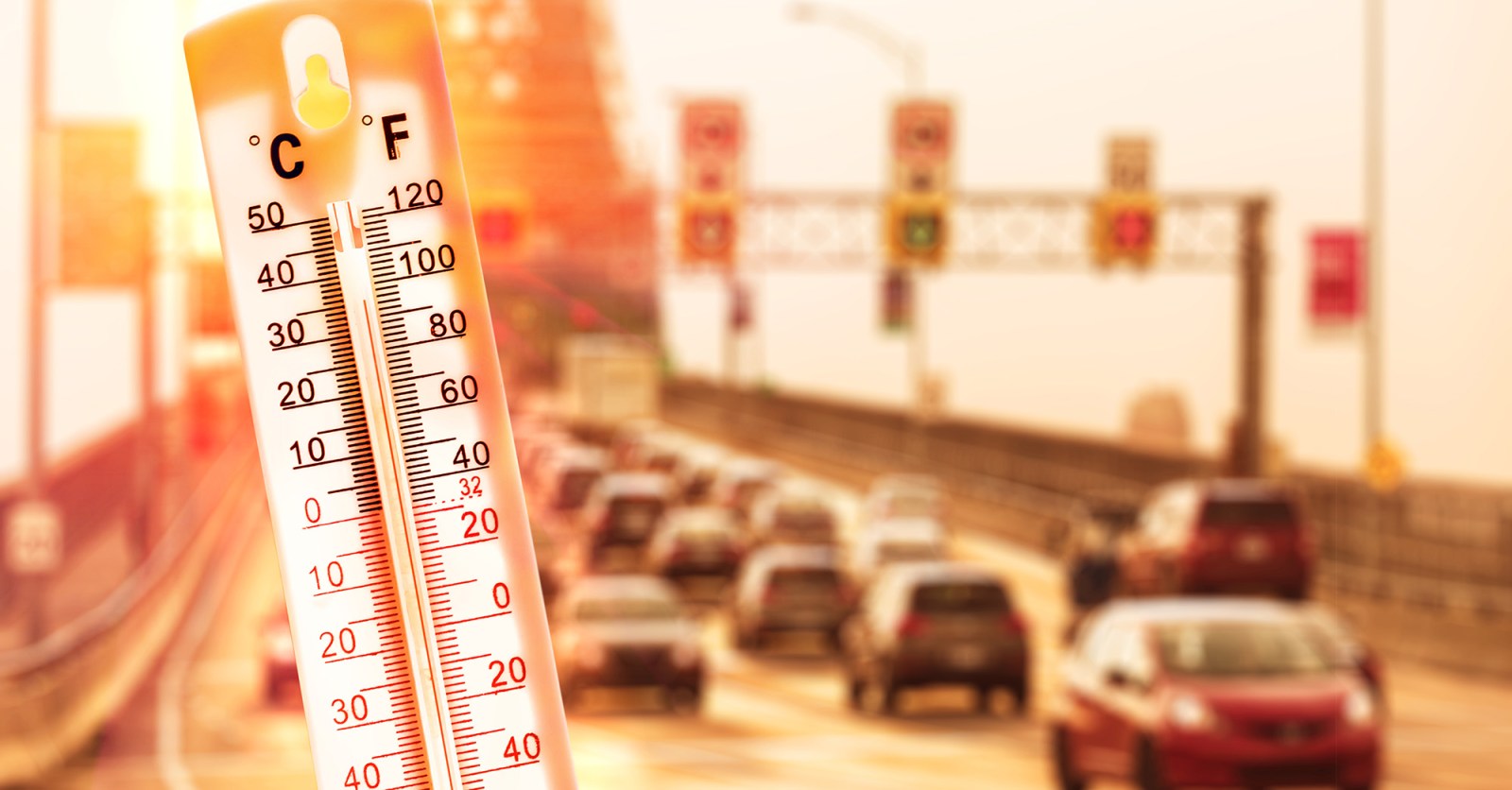 From Germany to America, the climate crisis is being felt and dealt with in various ways. In this daily climate brief, we aim to give a round-up of the latest developments and news from across the globe.

Record-breaking heat is set to scorch central parts of the US for another week, threatening Texas – already in the bullseye for blistering weather – with searing temperatures that may drive electricity demand to new heights.

Fort Worth could hit 43°C on Monday and Tuesday, with Dallas expected to peak slightly lower, the National Weather Service said. The state’s main grid operator is forecasting record energy demand this week as Texans crank up air conditioners to cool down.

“Texas is basically ground zero for the heat,” said Tony Fracasso, a senior branch forecaster for the US Weather Prediction Center. “Through the rest of the week, we’re expecting record highs.”

The central US has baked under a dome of high pressure since June and much of the region faces drought, which is making the heat worse.

Records will be for the individual dates. Heat advisories stretch from Montana and North Dakota to Texas, with excessive heat warnings – the worst conditions – across parts of South Dakota, Oklahoma and northern Texas.

“Almost all of the country east of the Rockies will be above average,” Fracasso said.

Temperatures in Houston will linger in the 30s to start the week and rise to 37°C on Wednesday. The heat will spread east towards the end of the week sending Washington and New York into the 30s, Fracasso said.

Electricity use on the main Texas grid is projected to peak at nearly 80 gigawatts Monday afternoon, and hit new records in each of the next two days as the heat builds, according to the Electric Reliability Council of Texas, the state’s main grid operator.

Officials say there is enough power to handle demand. A gigawatt is enough to power about 200,000 Texas homes.

The National Weather Service forecasts that New York’s Central Park will hit 33°C on Tuesday and could rise to 35°C by Thursday. – Bloomberg

Extreme heat, drought and floods caused by climate change cost Germany at least 6.6-billion euros in damages annually on average in the past two decades, a study showed on Monday, with some severe episodes pushing losses into the tens of billions.

The study by economic research company Prognos comes as authorities across Europe battle to control huge wildfires, with hundreds of deaths blamed on soaring temperatures that scientists say are consistent with climate change.

Germany’s economy and environment ministries cited the study as showing that floods in the states of Rhineland-Palatinate and North Rhine-Westphalia in 2021 cost more than €40-billion in damages, and combined with the hot summers of 2018 and 2019, the cost to Europe’s biggest economy rose to €80-billion.

The study authors said the estimates of damage since the year 2000 could be even higher due to individual events that have not been examined yet, and unquantifiable effects such as the impact on health and the consequences for biological diversity.

In 2018 and 2019, Germany’s forests and agriculture suffered damages of 25.6-billion euros due to heat waves and drought, in addition to nine-billion euros in damages caused by workers’ lower productivity in industry and commerce sectors.

“We must and we will now invest more in climate protection and climate adaptation in order to better protect our population,” Lemke said.

With the aim of being carbon neutral by 2045, the German government has stepped up climate protection efforts with far-reaching reforms for the utility sector and across manufacturing industries, buildings, transport and agriculture. – Reuters

Pressure is building on US President Joe Biden to deploy executive powers in the uphill fight against climate change after Senator Joe Manchin halted landmark legislation long sought by environmentalists.

Manchin’s decision to hold back support for climate and tax provisions in a broad spending bill leaves Biden with fewer options to rein in greenhouse gas emissions. And it will force the president to rely more heavily on federal regulation – though new rules will face intense legal scrutiny.

Biden vowed Friday that he would “not back down” on climate action.

“If the Senate will not move to tackle the climate crisis and strengthen our domestic clean energy industry, I will take strong executive action to meet this moment,” Biden said in a statement.

“The opportunity to create jobs and build a clean energy future is too important to relent.”

But Biden faces a harsh truth: Federal regulations likely aren’t enough to meet the US pledge to at least halve greenhouse gas emissions by 2030.

Biden is also running out of time to advance new regulations. The 2024 presidential election is two years away, yet major rules targeting methane from oil wells and carbon dioxide from power plants are still in the planning stage.

“The congressional component was going to be huge,” said Kevin Book, managing director of research firm ClearView Energy Partners. “That can be emulated but not replicated with regulation.”

Environmentalists enraged by Manchin’s decision to pause a climate deal are beseeching Biden to declare a “climate emergency” – a move that would unlock a broad suite of executive powers to shut down crude exports, suspend offshore drilling and redirect funds for clean-energy projects.

Biden could even use the powers to curtail the movement of fossil fuels via pipelines, trains and ships. (Manchin said Friday he’s willing to reconsider a broader economic package with tax and climate provisions in September).

“Biden has to start today,” said Brett Hartl, a director with the Center for Biological Diversity, an environmental group. “Biden could still meet his climate goals – but it really does require a pivot in mindset to embrace the powers of the presidency.”

Even without an emergency declaration, Biden can use the federal government’s purchasing power to compel clean-energy acquisitions.

He can also seize authority under other laws to clamp down on methane emissions from oil wells and impose tough new emissions controls for motor vehicles. New methane rules alone could cut greenhouse gas emissions by at least 100 million metric tons in 2030, according to the Rhodium Group. And Whitehouse is urging the administration to establish a tariff on emission-intensive imports – building on a US and EU agreement targeting the carbon intensity of steel and aluminium.

But Biden was counting on as much as $320-billion in new and expanded tax credits in the climate legislation for renewable power, nuclear plants, biofuels, electric vehicles and advanced energy manufacturing.

Democrats estimated the proposed tax incentives would have slashed greenhouse gas emissions by nearly 40% by 2030, both by spurring investment and enabling more stringent federal pollution curbs.

In that case, the court signaled agencies will be on a tight leash when imposing new regulations on major issues such as climate change, unless they have specific blueprints from Congress. That could diminish Biden’s regulatory options for advancing a green agenda – right when he needs them most. – Bloomberg

To boost the shipments, the capacity of the Southern Gas Corridor – a network of pipelines connecting the Caspian Sea with Europe – will be increased to at least 20 billion cubic metres annually by 2027.

“The EU has therefore decided to diversify away from Russia and to turn to more reliable, trustworthy suppliers. And I’m glad to count Azerbaijan among them.”

The EU is rushing to secure new gas supplies as it seeks to end dependence on Russia. Gazprom PJSC’s shipments to the bloc have already been reduced, and there are growing fears a shortage could occur if the key Nord Stream pipeline doesn’t fully return after maintenance, or if Moscow cuts off supplies entirely.

The agreement also aims to make use of Azerbaijan’s potential in offshore wind and green hydrogen, in line with the European Green Deal, a massive sustainable overhaul with the ultimate goal of climate neutrality by 2050.

Azerbaijan will evolve from being a fossil fuel supplier to becoming a renewable energy partner, Von der Leyen said.

The memorandum of understanding also supports the creation of programmes to reduce methane emissions and collect natural gas that would otherwise be vented, flared or released into the atmosphere. – Bloomberg DM/OBP