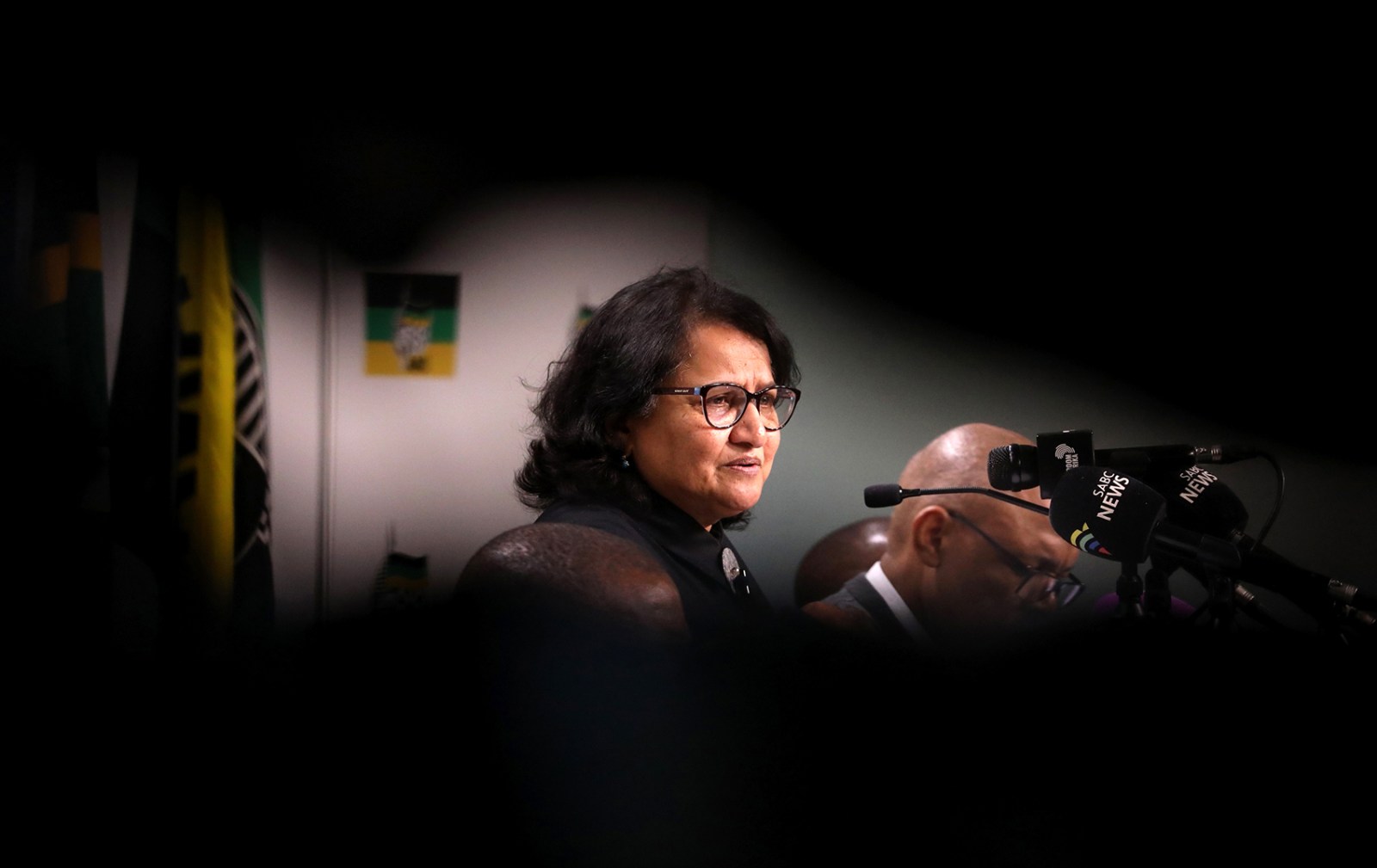 ANC comrades, political parties and other organisations have paid tribute to the activist and political leader, who died on Sunday, 17 July. Daily Maverick looks at how Jessie Duarte is being remembered across South Africa.

The death of ANC deputy secretary-general (DSG) Jessie Duarte in the early hours of Sunday, 17 July, came as a shock to many, even after the months of illness that saw her taking leave from her party position.

There has been an outpouring of condolences and tributes from political parties, leaders and other organisations across South Africa as the country remembers the late politician’s strengths and activism.

The ANC had remained hopeful that Duarte would recover from her illness and return to her role and responsibilities at the helm of the party’s political administration, said Paul Mashatile, treasurer-general of the ANC, at a media briefing on Sunday morning.

“Her death has found us unprepared for the worst that we have to contend with now,” he stated.

“Comrade Jessie’s life was and will continue to be synonymous with the Struggle. She cut her teeth as an activist at an early age, having grown in a family of activists and anti-apartheid proponents.”

Duarte was heralded as one of the best deputy secretaries-general the ANC has known, with Mashatile emphasising that her passing is a huge loss that will not go unnoticed.

The ANC has declared a week of mourning in honour of Duarte, with flags flying at half-mast.

From the political landscape

ActionSA acknowledged Duarte’s long history in South Africa’s liberation movement, crediting her with the establishment of the ANC Women’s League alongside the late Albertina Sisulu.

“ActionSA extends its most heartfelt condolences to the family and friends of acting ANC secretary-general Jessie Duarte,” said Herman Mashaba, president of the party. “We further extend our condolences to the ANC for the loss of one of its leaders.”

The DA described Duarte as a dedicated member of the ANC.

“Duarte was well known for being a fiery character who had worked closely with Walter Sisulu and Nelson Mandela, and who held various posts in the party and government before standing in as secretary-general for the suspended Ace Magashule,” said Helen Zille, chairperson of the DA Federal Council.

Among members of the EFF, Duarte was known to be “fierce, firm and forthright”, and was recognised for her contribution to the struggle for liberation in South Africa.

“She was passionate about gender equality, and fighting against forms of sexism and patriarchy,” the EFF said in a statement. “Duarte will be remembered fondly by many young men and women who passed through her hands and grew through her guidance.”

The National Freedom Party (NFP) said Duarte’s death was a huge loss to South Africa and, in particular, to politics, adding that she was an extraordinary leader, a social activist and an ambassador of hope.

“She stood above the rest in defending and protecting the right to life for every individual in the country, and probably the continent, by standing firm in her conviction that we are all equal,” the NFP said.

“This is a leader who never shy away from speaking her mind. She was never afraid to express herself in something she believed in, which caused her to ruffle some feathers.”

The Azanian People’s Organisation (Azapo) said it had received the news of Duarte’s death with shock and sadness: “Comrade Jessie dedicated her life to serving others in various capacities, locally and abroad,” it said.

The Presiding Officers of Parliament, led by National Assembly Speaker Nosiviwe Mapisa-Nqakula and chairperson of the National Council of Provinces Amos Masondo, said Duarte had devoted her life to the service of the people of South Africa in various capacities, both before and after the onset of the democratic era.

“Following South Africa’s democratic breakthrough, Ms Duarte played a key role as part of a generation of democrats responsible for laying a solid foundation for a new democratic Constitutional order and inclusive, sustainable government system based on the rule of law,” they said.

“She will be remembered as a feisty and fiery voice of reason amid the most turbulent times in the life of our nation and the majority party in the recent past. South Africa has lost an outspoken and uncompromising critic of social injustice, discrimination and gender inequality in her passing.”

Rest in peace, Jessie Duarte. You’ve fought a good fight. My condolences to the Duarte and Dangor families. 🙏🏾

Public Works and Infrastructure Minister Patricia de Lille said: “It is with great sadness that I learnt of the passing of Jessie Duarte in the early hours of this morning, on the eve of the birthday of Tata Madiba.

“Jessie has served this country in several capacities. She was a devoted fighter of the rights of women and champion of non-racialism. Her passing will not only leave a void in the ANC but, undoubtedly, the country as well.”

Today we woke to the news of the sad passing of our dear comrade & sister in struggle, Ms Jessie Duarte. We bow our heads to salute her immense contribution to the struggle for freedom, as well as her dedication to building a democratic South Africa. We are poorer without her.

South Africa was left poorer without Duarte, according to Deputy President David Mabuza.

It is not only those of the political landscape who remember Duarte fondly. The South African Council of Churches (SACC) said its members would mourn her passing. According to SACC general secretary Bishop Malusi Mpumlwana, Duarte was always ready to assist with meetings between the ANC and SACC leadership.

Social justice and service to the people beyond faith traditions was one of the pillars of Duarte’s life, said SACC acting general secretary Mzwandile Molo.

“That is why, although of the Muslim faith, she could work with Dr Beyers Naudé of the Christian Institute, finding common cause in their fight for justice. That calibre of leader will be sorely missed,” he said.

TMF MESSAGE OF CONDOLENCE ON THE PASSING OF CDE JESSIE DUARTE. pic.twitter.com/NBKRGHdFIH

The National Education, Health and Allied Workers’ Union remembered Duarte for her commitment, devotion and dedication to the congress movement and the people of South Africa.

“Her contribution to the struggle against apartheid to create a non-racial, non-sexist and democratic South Africa will forever be etched in the hearts of our people,” the union said in a statement.

“Comrade Duarte was an internationalist who ascribed to the values of a just, peaceful world and advocated international solidarity with the oppressed people of the world.” DM/MC