Cameron Smith storms past Rory McIlroy to win The Open

Cameron Smith storms past Rory McIlroy to win The Open 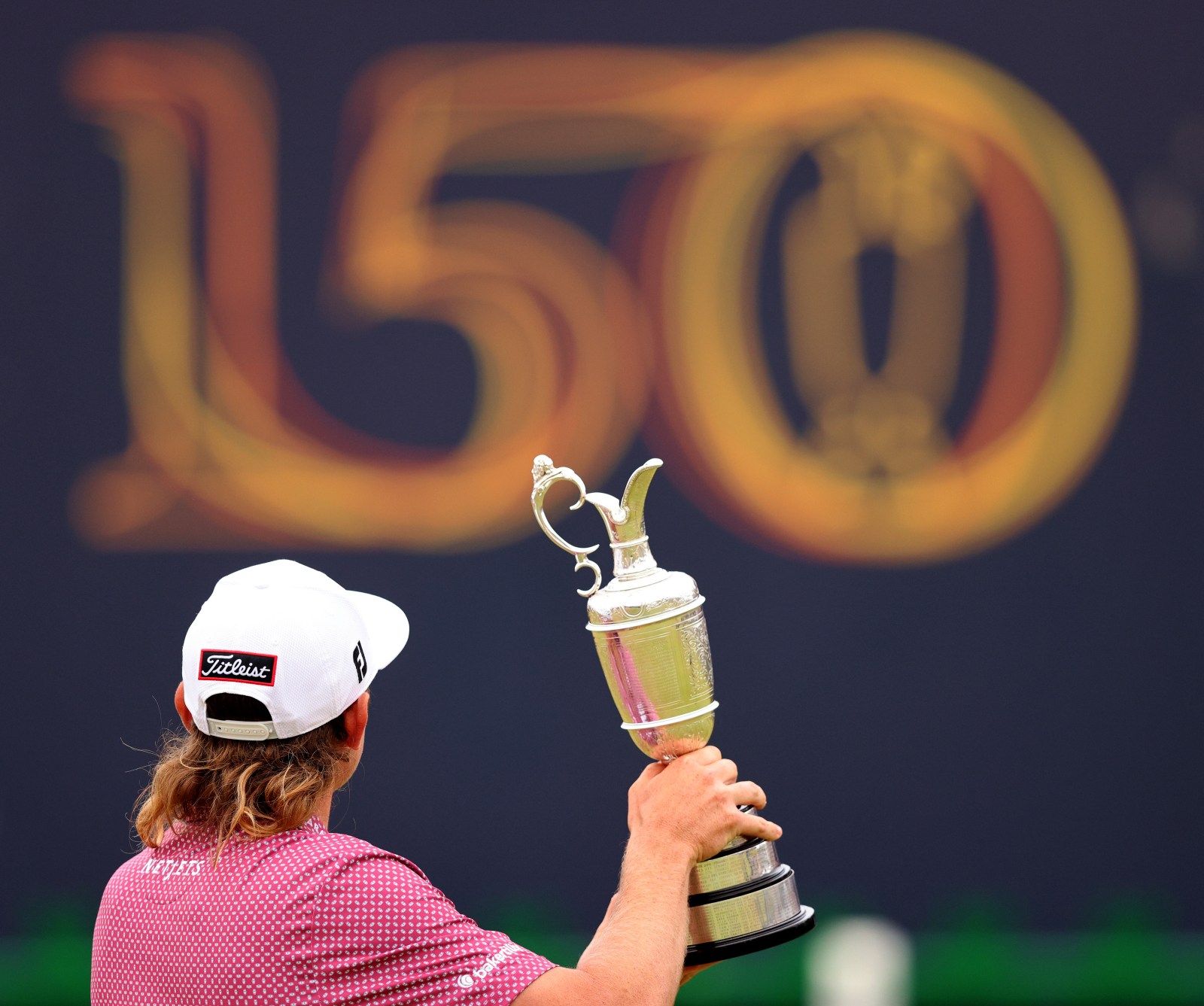 The 150th playing of The Open Championship called for a final round worthy of the annals of history. Cameron Smith rose to the occasion and wrote his own chapter at the Old Course.

Smith used a run of five consecutive birdies to card an 8-under-par 64, overtake Northern Ireland’s Rory McIlroy and win The Open by one stroke for his first major title Sunday at St. Andrews in Scotland.

The Australian posted a four-round score of 20-under 268, tying the major championship record for lowest score relative to par. Cameron Young, his playing partner, eagled the 18th hole to place second with a 65, while McIlroy finished two shots back.

Smith, who began the day four shots off the pace, won The Players Championship in March and had a close call at the Masters, where he stumbled in the final round and tied for third.

“I want to thank the team, all the hard work we’ve done,” said Smith, 28, as he accepted the Claret Jug. “The last couple years have really started to pay off, and this one definitely makes it worth it.”

McIlroy’s bogey-free 70 was only enough for third place at 18 under. He notched top-10 finishes at all four majors this year, but he couldn’t cure his major title drought that dates to 2014.

Smith made two birdies on the front nine before rattling off five straight at Nos. 10-14 to pass McIlroy and touch 19 under. He rolled in putts of 16, 11 and 18 feet at the 11th through 13th holes to tie McIlroy, then got up and down for birdie at the par-5 14th to grab the solo lead.

Smith’s strength became McIlroy’s weakness on Sunday. The crowd favorite hit every green in regulation but two-putted all 18 holes, leaving several birdie opportunities behind him.

“I felt like I didn’t do much wrong today, but I didn’t do much right either,” McIlroy said. “It’s just one of those days where I played a really controlled round of golf. I did what I felt like I needed to just apart from capitalizing on the easier holes … If I had made the birdies there from good positions, it probably would have been a different story.”

Smith preserved his one-stroke lead with a par save at the par-4 17th, the “Road Hole.” His second shot missed short, and he had to putt around a pot bunker up onto the green to set up a 10-foot par putt.

Young, the PGA Tour rookie making his Open debut, drove the 18th green and drained a 17-foot eagle putt to increase the pressure on Smith. The Australian got up and down for a short birdie, and McIlroy couldn’t pull out a must-have eagle at No. 18.

Smith also fired a 64 Friday to take the 36-hole lead, but a 73 on Saturday sent him tumbling four shots behind McIlroy and Norway’s Viktor Hovland.

Hovland went toe to toe with McIlroy Saturday, when they both shot rounds of 66 and took a four-shot co-lead. On Sunday, Hovland didn’t make a birdie until No. 12 and posted a 2-over 74. He tied for fourth at 14 under with England’s Tommy Fleetwood (67).

Neither McIlroy nor Hovland made any big putts on the front nine, converting just one birdie between them. Hovland hit a poor approach shot at No. 4 and three-putted for bogey, making McIlroy the solo leader.

McIlroy capitalized on the next hole, a par 5, by reaching the green in two and landing a birdie while Hovland parred. McIlroy drove the green at the par-4 10th and two-putted for his second birdie to get to 18 under before Smith’s charge began.

Young posted five birdies and two bogeys before his electric eagle at the last. The 25-year-old notched his second top-three major finish this year after finishing a stroke out of the playoff at the PGA Championship in May.

Mexico’s Abraham Ancer and Thailand’s Sadom Kaewkanjana fired 65s early in the day to reach 11 under; they finished in a tie for 11th with South Africa’s Dean Burmester (66) and England’s Tyrrell Hatton (68).