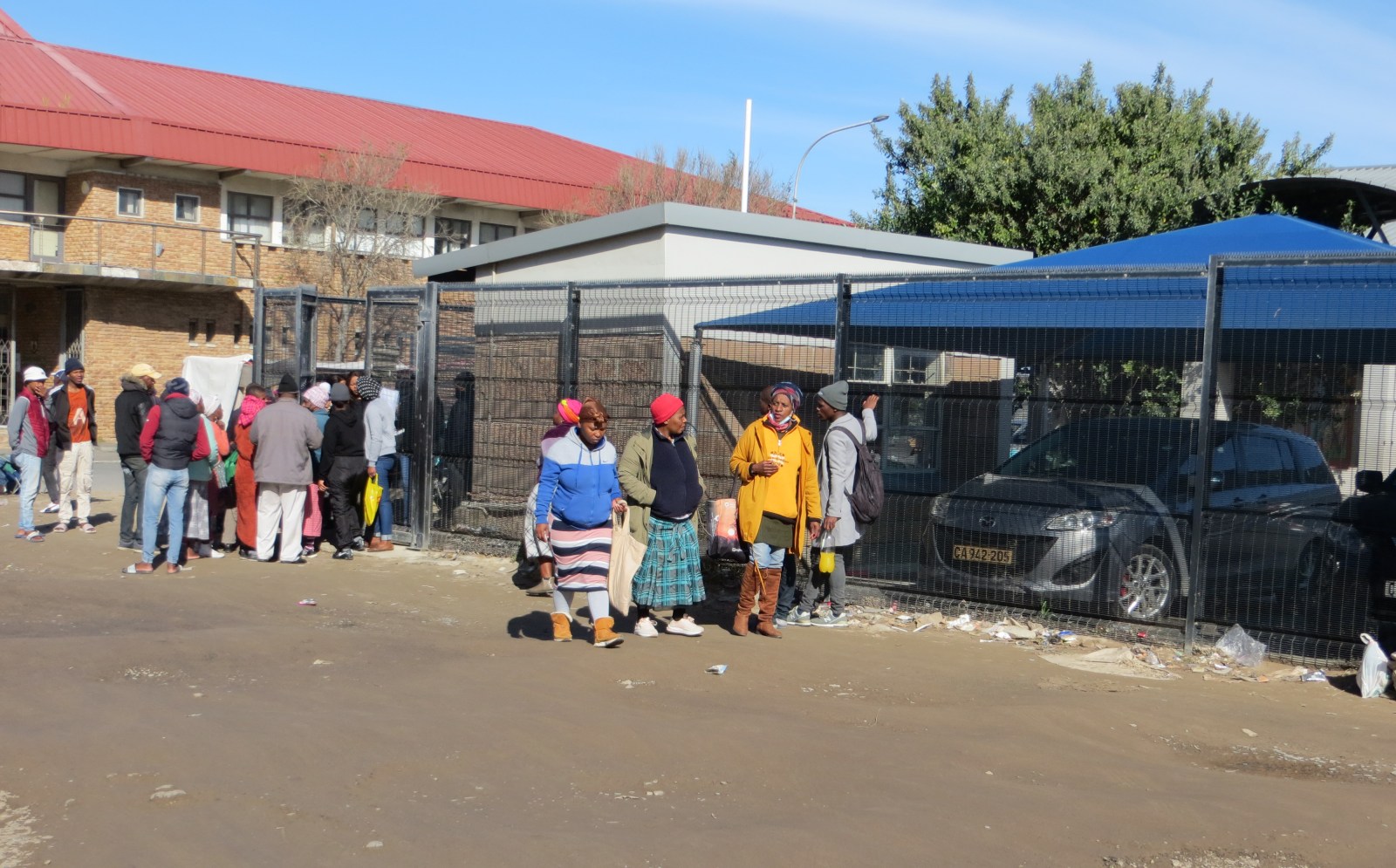 Scores of beneficiaries have already been turned away at the gates of the Sassa office in Khayelitsha. The branch closed on Thursday. Sassa says the building is being renovated and will only be ready next year. (Photo: Vincent Lali)

Hundreds of frustrated beneficiaries turned away unexpectedly this week.

The Sassa office in Khayelitsha has closed to the surprise of hundreds of beneficiaries. People arriving at the office on Friday said they were shocked to discover the gates shut.

The building housing the welfare agency has been closed since Thursday.

Siyabonga Mfanta said he visited the branch on Wednesday. He was told by staff to return on Friday to check whether his disability grant application was successful. “The officials didn’t even attach a notice on the gate or say where we should go for services in the meantime,” he said.

Mfanta was desperate for his disability grant because he has not been able to work since he had an operation. “I need money to buy food so I can take my medication,” he said.

Phumeza Soka said she drove her cousin to the Sassa office on Thursday to check on the status of her child support grant. “I don’t know why they told her to come when they knew they would be closed,” said Soka.

She said her cousin has not received the grant since May.

“When I drove her to Mitchell Plain’s offices, officials didn’t even know about the closure. They sent us back to Khayelitsha. They said the department had not sent them extra staff to deal with the extra workload,” she said.

A Sassa staff member, who asked not to be named, told GroundUp outside the office: “We are also frustrated that we can’t work. We also don’t know when the offices will reopen.”

Chairperson of Khayelitsha Development Forum Ndithini Tyhido said, “About 120,000 social grant recipients will be left to fend for themselves. Their livelihood is being disrupted by this action. Sassa doesn’t care because they knew all along and there was no effort to communicate with us.”

Sassa Western Cape spokesperson Shivani Wahab said the building is under the provincial public works and transport department. She said Sassa was told the renovations would be completed in 2023.

“Since March 2022, Sassa has been working towards identifying suitable alternative accommodation,” said Wahab.

She said the City of Cape Town’s community halls could not be used because officials were previously robbed there.

“Sassa has further submitted documents [to use] sub-council 26 offices at Kuyasa Library. We await feedback from the City,” she said.