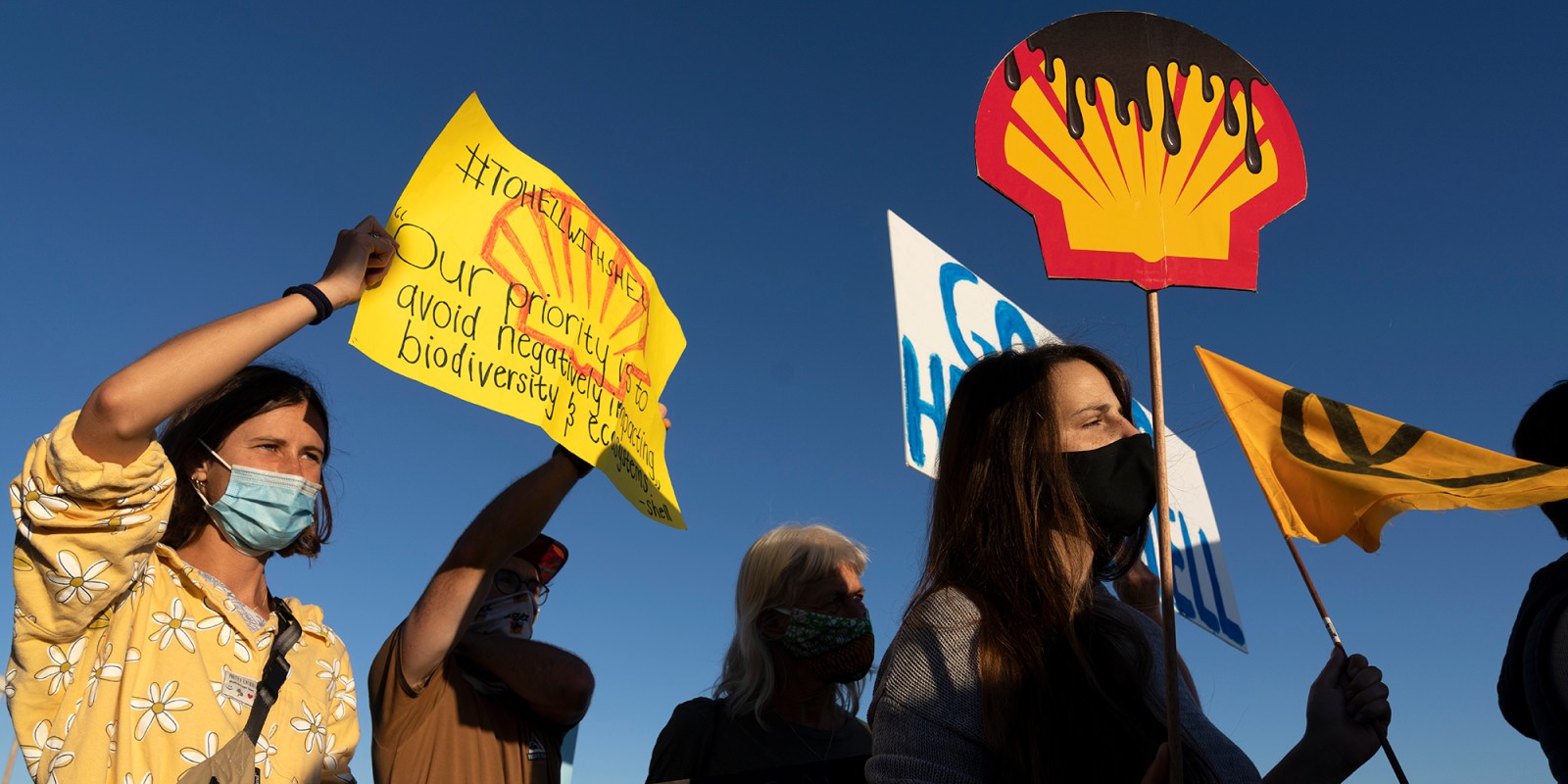 The proposed drilling area is 10,000 km² in extent and is located offshore roughly between Cape Town and Cape Agulhas, about 60km from the coast at its closest point and 170km at its furthest, in water depths between 700m and 3,200m.

Environmental organisations are doing all in their power to halt TotalEnergies’ and Shell’s plans to drill oil and gas exploration wells off the southwest coast of South Africa.

TotalEnergies EP South Africa and its partners Shell and PetroSA are applying for environmental authorisation to undertake exploration activities in Block 5/6/7 off the southwest coast.

TotalEnergies appointed SLR Consulting to undertake the environmental and social impact assessment process for the proposed project. TotalEnergies has an existing exploration right for Block 5/6/7, where two-dimensional and three-dimensional seismic surveys have been undertaken.

TotalEnergies proposes to drill up to five wells in the block. The area is 10,000 km² in extent and is located offshore roughly between Cape Town and Cape Agulhas, approximately 60km from the coast at its closest point and 170km at its furthest, in water depths between 700m and 3,200m.

In December last year, Shell was blocked from performing seismic surveys off the Wild Coast after affected communities approached the courts to halt the survey, claiming they had not been consulted and marine life would be harmed by the survey.

In March, Searcher Seismic also abandoned explorations off the West Coast after a successful court order by fisherfolk and activists.

Rhinos in Africa started a petition, which was signed by 10,913 people on Thursday, calling on the government to stop the drilling of underwater oil wells near Hermanus, one of the most important whale breeding sites in the world.

The Walker Bay Marine Protected Area near Hermanus is considered a whale sanctuary and an important refuge for, among other keystone species, three different types of these marine mammals with their newly born calves.

Comments on the matter closed on 4 July and Stanford resident Lilly Upton, in her comment, said the Agulhas Plain is one of the highest biodiversity hotspots in the world, with about 2,400 identified plant species within the region.

“The coastline around the Cape Agulhas region is also incredibly biodiverse as a result of the converging Agulhas and Benguela currents, attracting numerous whales, sharks and dolphins. Geyser Rock, just off the coast of Gansbaai, is one of the last remaining habitats of the critically endangered African penguins,” she said.

Upton said the region is primarily dependent on tourism and subsistence fishing for its existence.

“I strongly feel that we should not lose our natural assets which are valuable to all of the Overberg and Western Cape economy, for human greed,” she said.

Chief Barry Jacobs of Gourikwa Khoisan said as indigenous people, they want to be shareholders in the project.

Patrick Dowling, a committee member of the Wildlife and Environment Society of South Africa, said the vast majority of the world’s climate scientists have warned that there should be no new fossil fuel projects as they will inevitably lead to increased greenhouse gas emissions and take the planet closer to irreversible tipping points and life-threatening climate-related catastrophes such as the recent floods in KwaZulu-Natal, bushfires in Australia and California and prolonged droughts in the Northern Cape.

“South Africa, as one of the world’s highest per capita emitters of CO2, needs to be reining in its fossil fuel-based energy links, not extending them to help reduce the global impact of these and to avoid sanctions as the world becomes more demanding about evidence or energy transition,” he said.

Dowling said exploration itself is being shown ever more clearly to have negative impacts on marine life at several trophic levels when seismic blasting is used. This adds to the range of other completely unsustainable pressures being exerted on marine species and ecosystems, from overfishing, plastic pollution and liquid effluents to heating and acidification.

“Such exploratory ventures distract attention from far less harmful alternatives and consume financial resources that could be better used trying to comply with the [sustainable development goals] that South Africa is signatory to. Such exploration ignores the concept of a global oceanic commons that should be protected for future generations and respected for sociocultural reasons.

“Several court cases have shown that such concerns are to be taken seriously and not dealt with in tick-box fashion,” he said.

The Green Connection said: “The impacts of noise on all species [of the proposed drilling programme] should be assessed, including potential impacts on the migration of snoek and juvenile turtles that are in turn dependent on other species.

“Within the context of the climate change crisis and the reality that the extraction and use of fossil fuels will inevitably add to GHG emissions, the proposed exploration/drilling project is neither needed nor desirable.”  DM/OBP