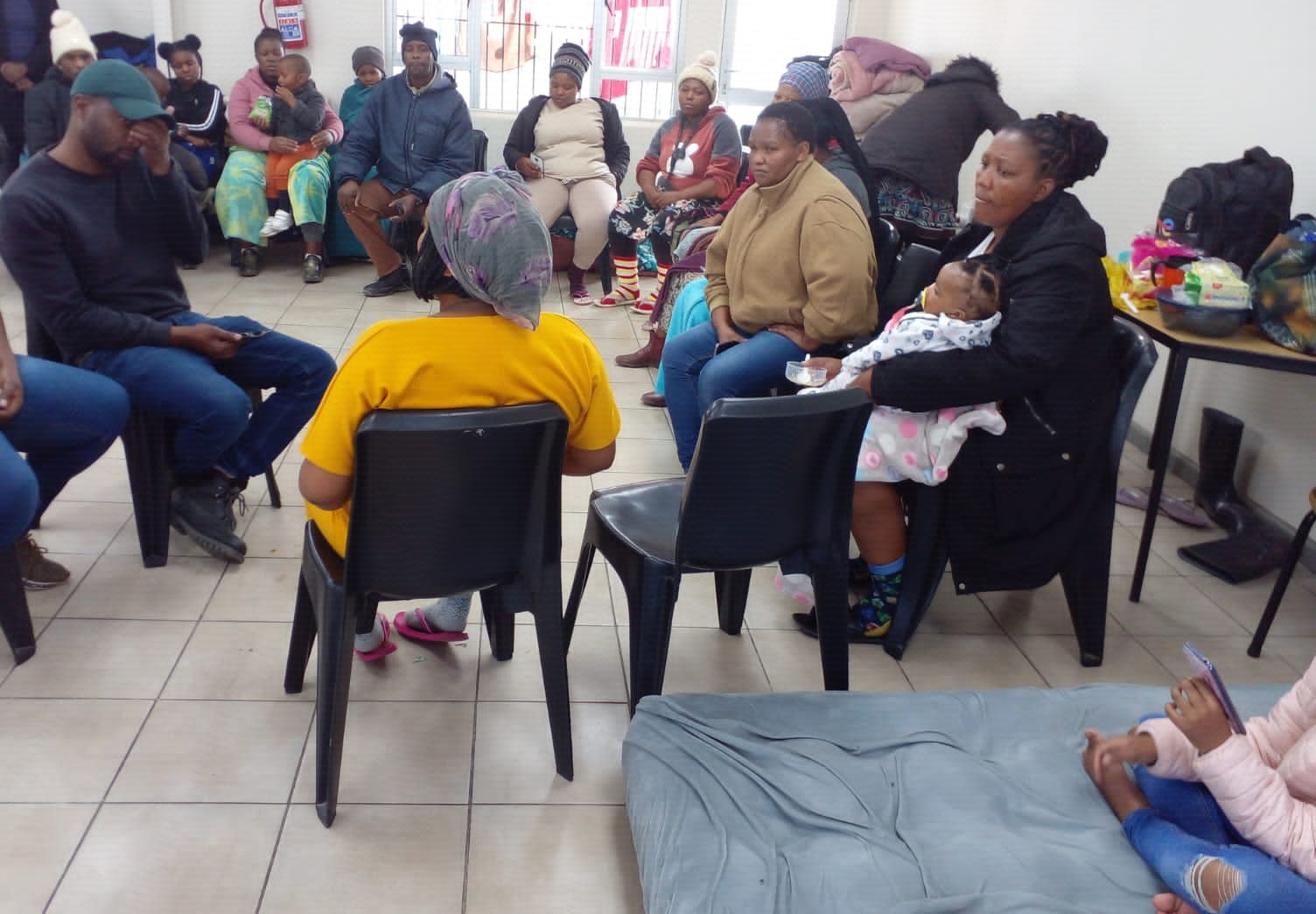 Some of the families who are occupying the Chris Hani Community Hall in Mfuleni after heavy flooding in June. (Photo: Nombulelo Damba-Hendrik)

About 60 Mfuleni families moved into the hall outside Cape Town after floods in June.

The City of Cape Town says it has opened a criminal case against people living in the Chris Hani Community Hall in Mfuleni since 14 June.

About 60 families, mostly women and children, moved to the hall without permission after their shacks at Burundi informal settlement were flooded in June.

Mayoral Committee Member for Community Services and Health Patricia van der Ross said the community hall is the responsibility of the departments of social development and early childhood development. Van der Ross said attempts to negotiate with the residents have been unsuccessful.

Rang Leki told GroundUp that when their requests for assistance during the floods fell on deaf ears, they decided to occupy the hall. Leki said most of their shacks and belongings were destroyed in the floods.

“Since 2015 we have been victims of floods but this year it was worse because of the river behind our shack. We were lucky that no one died. Our fear is if we return, we might not survive when it rains again,” said Leki.

People occupying the hall told GroundUp that they want the City to give them serviced land where they can rebuild their shacks or else move them to safer alternative accommodation.

Siphokazi Mbi, who lives in the hall with her four-month-old baby, said that it seemed the City and ward councillor were not taking their situation seriously. She said life in the hall was also tough.

“It’s very cold and there’s no privacy here. If this wasn’t our only option, we would go back to our shacks,” she said.

She said they will not leave the hall until the City “gives us a better place to live”.

Ward 114 Councillor Ernest Madikane (ANC) told GroundUp the City had not discussed opening a case with him. “As a ward councillor I do not have a mandate to tell the people to vacate the hall,” he said.

Community leader Ayanda Mteto said most of the families had been in Burundi since 2018. He said they were still trying to reason with the City to help the residents.

“We suggested the City at least level the ground so the river water won’t flood the shacks again. There is no vacant land in Mfuleni at the moment. We are hoping that at some point we will reach an agreement,” he said.

When asked about details of the police case or whether the City would consider suggestions put forward by the residents, Van der Ross only said, “The City is now considering its next steps.” DM